Luck is what happens when preparation meets opportunity. I like that quote. Here are two more: “If you run after luck, you will spoil many pairs of shoes” and “Success is simply a matter of luck; just ask any failure.”

Are we lucky? Gi-swerte ta that, from the quarterfinals all the way to the championship, we are able to avoid the likes of Korea, Iran and China?

No and Yes. If we didn’t beat the giants of FIBA Asian basketball last Saturday, clobbering the seemingly-unbeateable Iranians by 14 points, we wouldn’t have reached the No. 1 spot.

That’s not luck. That’s Jason scoring 26, Andray blocking four shots, Terrence zigzagging his way past a maze of defenders. It turns out, that win was more than a W: It didn’t just qualify us to enter the knockout playoff stage, it allowed us to stay clear of hazards. It cleared the treacherous path for us to reach the finals.

We battle Lebanon tonight at 9:30. Everybody will watch! While we finished a high 4-1 in the preliminary round, Lebanon’s grade stood at 2-3.  And while we’re 31st-ranked in the world, the Lebanese linger just three ranks below at 34. Last week, they lost to two notable countries: against Korea, by 14 (85-71) and got schooled in Chinese dribbling by the hosts, 90-72.

On paper, this isn’t only a must-win for Gilas but a ballgame that we ought to win. We’re favored. At game’s end, we’re expected to high-five and beam toothful smiles.

Tomorrow, it’s either Qatar or Japan. Qatar is a small nation of only 2.2 million. In the preliminary round, they performed well to subdue Lebanon (105-100) and Korea, 69-63. Facing China, though, they got humiliated, 89-65. Since this is a crossover stage, it will be their first tournament meeting against Japan, an exciting game whose victor we will face in tomorrow’s semifinals.

The next three days will be one of Philippine basketball’s most important. It’s a new month; a new path to the Olympics. Who is Maxime Rooney? Well, let’s just say that he broke two swimming world records this month. Yes, no mistyping there. Maxime broke the world junior record in the 200-meter freestyle. He clocked a super fast 1:47.10 time for the 200m. Then, while swimming in a relay team last Friday, he broke another junior world record with his three other teammates.

This performance is stunning because the South East Asian Games record in the same 200m distance is 1:47.79. This was achieved just last June by Singaporean Joseph Isaac Schooling.

What this means is, had Maxime joined the SEA Games and clocked the same time, he would have won gold and set the all time SEA Games record.

To add to Maxime’s record-shattering feat (he achieved this at the US Nationals last August 7), he joined the 2015 FINA World Junior Championships. This, too, was held in Singapore this week.

The result? The same medal color. Gold. Maxime defeated all the world’s best junior swimmers with a time of 1:47.78.

I talk about Maxime because I’m dreaming of him representing the Philippines all the way to the Olympics. Five years from now during the 2020 Olympic Games in Tokyo, Maxime will be 22 years old — the perfect age to medal in the Olympics.

But there’s a problem: Given how he’s performed and how he’s been developed and nurtured by Americans, it’s a long, long, long shot that he’ll switch nationalities and swim for us.

As far back as 2012, I wrote about Maxime. It was Lapu-Lapu City Councilor Harry Radaza, the uncle of Maxime, who first informed me about his celebrated nephew. The then 14-year-old Maxime was breaking age group records in California and in the entire America. Maybe, during that time when Maxime was not as popular and accomplished as he is now — maybe, the Philippines could have requested him to represent the Philippine flag. (Maxime is a dual citizen of both the U.S. and the Phils.)

But now, I believe it’s too late.

In that July 2012 article that I wrote, the piece was entitled, “The Michael Phelps of the Philippines?” That was three years ago when Maxime was still growing, physically and mentally. Now, he’s stronger, faster, bigger. He is, given the results, a potential “next Michael Phelps.” The problem is, I don’t think the country named “U.S.A.” will let go of someone they’ve cultivated and nourished.

Going back to the Olympics, next year it’s Brazil. I checked the qualifying time for the U.S. team and, if I read it correctly, it’s 1:51.89 — much slower than Maxime’s time. I checked further the Olympic Qualifying Time (OQT), the quota time to join the Olympics, and it’s 1:47.97.

Maxime’s 200m record-setting time of 1:47.10 qualifies him to join the Olympics. Amazing.

Studying the numbers further, if we look back and check the 2012 London Games winning times, the gold medalist (Yannick Angel of France) won with a time of 1:43.14. The eighth and final placer in the 200-meter Final clocked 1:47.75. This means that Maxime swam faster than one of the Olympic finalists. Amazing.

To add to his list of Phelps-like achievements, just last Friday at the 2015 FINA World Junior Championships in Singapore, he joined the US 4 x 200 relay of Team USA. The result: Gold. And another world junior record. According to the website www.swimswam.com, “Rooney’s excellent split actually would have made the U.S. relay at Worlds, a team that won silver. Rooney would have been the third-best split on that relay behind Ryan Lochte and Conor Dwyer.”

Imagine being mentioned in the same line as the great Ryan Lochte, someone who has amassed five Olympic gold medals, three silver and three bronze.

Incredible for one who’s only 17 years old.

“I’m shocked,” said the Australian IOC member, Kevan Gosper. “The whole thing doesn’t make sense other than there has been a stupid bloc vote. To have the president of the United States and his wife personally appear, then this should happen in the first round is awful and totally undeserving.”

END_OF_DOCUMENT_TOKEN_TO_BE_REPLACED 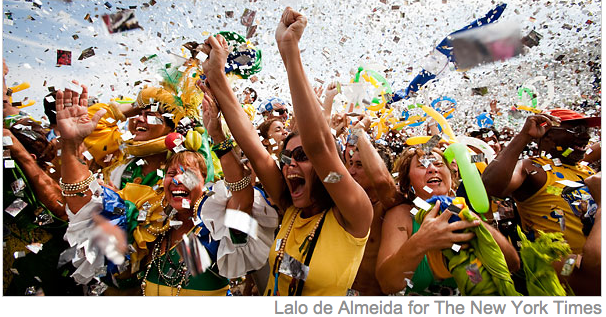