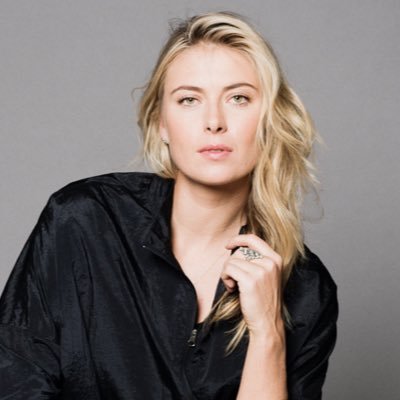 The girls are unhappy. They’re complaining, criticizing, saying it’s unfair. The controversy surrounds the most popular female athlete on this planet. Standing 6-foot-2 with flowing blonde hair, Maria Sharapova could have been a Vogue or Prada model. But she’s more than a beautiful face with long legs. She’s a 5-time Grand Slam champion who was ranked world No. 1.

Sharapova, who’ll turn 30 this April 19, is in the midst of a 15-month ban after she failed a drug test at the Australian Open last year. Humiliated, Sharapova has been busy off the tennis court: she enrolled in the Harvard Business School and has been attending to her myriad of businesses including the premium line of candies named Sugarpova. For 11 years now, Forbes has named her “the world’s most marketable female athlete” and her estimated on-and-off-court earnings exceeds $285 million.

Back to her WTA suspension, it will officially end this April 26. Now here’s the controversy. There’s a big tournament called the Porsche Tennis Grand Prix that will start on April 24 — two days before her suspension ends.

This means she can’t join, right? Wrong. The Porsche tournament organizers decided to delay her first round match to Wednesday — the day after her suspension ends.

Right? Or wrong? Technically, and the WTA has approved this request, they said it’s okay. But is it the correct thing to do?

“I don’t think it’s right but what can we do about it? She’s still banned but she can come on site on Wednesday, that’s pretty strange,” said world no. 4 Dominika Cibulkova. “For me it’s not OK and I spoke to some other players and nobody is OK with it, but it’s not up to us. All the people who are taking care of these things should know the rule and do the right thing. It’s not about her, but everyone who was doping should start from zero.”

Why was allowed to join midway through a tournament? Simple. The Porsche-sponsored Sharapova will draw the biggest attention. “From the tournament standpoint she will bring in the crowds, make money,” said British No. 2 Heather Watson. “But from a moral standpoint you should have to work your way back up if you’ve been on a ban. It just seems a bit easy.”

Caroline Wozniacki added: “Obviously rules are twisted and turned in favour of who wants to do what.”

For me, this is wrong. After a 15-month-long ban, what’s a wait of a few extra days? She’s now ridiculed by many of her peers. As one of my favorite sayings goes: “The truth is that you always know the right thing to do. The hard part is doing it.”