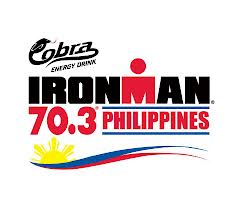 Today, registration opens for all participants of the Cobra Energy Drink Ironman 70.3. What’s 70.3? That’s the total distance of the race: 70.3 miles. The Sunday event is actually a “Half-Ironman” as the full Ironman is twice the measurement: 140.6 miles, translating to a 3.8K swim, a 180K bike ride and a 42K marathon.

Today, the doors of The Marquee in Shangri-La Mactan will open to welcome all triathletes. By day’s end, you’ll know who’s joining: they’ll be wearing colored bands on their wrists with the IM logo. They’ll have bragging rights while roaming our city streets, quietly proclaiming to all: I hope to cross that finish line this Sunday and be an “Ironman.”

This race is life-changing. People’s lives have been altered because of Aug. 3, 2014. The reason: as soon as one has registered, first-timer or not, one has to devote innumerable hours performing free-style strokes in the 25-meter pool, four-hour-long bike rides to Catmon or Carcar or Carmen, long-distance runs that start at 4:15 a.m.

Belly bulges have been trimmed. Buckets full of sweat have evaporated. Hundreds of thousands of pesos have been spent on Pinarello Dogma bikes. GU gels have been swallowed like soft candy.

All for good. For here’s the good news: I know plenty of 39- and 49-year-olds who’ve never been fitter in their whole lives than today. Amazing, right?

Jonel Borromeo, my high school best friend, comes to mind. Over 24 months ago, he weighed over 230 lbs. and could barely circle the track oval’s 400 meters. Now, he’s lost 80 lbs. of fat and he’s a hard-core triathlete who joined Gianluca Guidicelli’s three-day bike “suffer” fest in Bohol that spanned over 515 kms. When he trekked to the U.S. for a business trip, he was stopped by the U.S. immigration because his new face and body didn’t resemble his passport photo. He was interrogated for two hours!

That interrogation brought an earful and fulfilling grin to Jonel. Ha-ha, he must have screamed inside. This is what being fit looks like, he must have told himself fronting the mirror. And so, even before the starting gun will fire at exactly 6:28 a.m. this Sunday, I congratulate everyone who’s joining, especially the first-timers. Your dedication has not only made you slimmer and fitter — but, as a whole, you’re more disciplined and goal-oriented.

As Meyrick Jacalan said, “Race day is the pay off. It’s over. Enjoy.” By that, Jacs means that all your months of suffering have culminated towards this weekend. It’s time to claim the prize.

As we applaud the participants, we also thank Sunrise Events, Inc., led by Fred Uytengsu, Jr., whose family roots come from Cebu, and the woman supervising the whole spectacle, the indefatigable superwoman Princess Galura.

Cebu, as a brand, is known worldwide in the triathlon hemisphere because of the IM70.3. Our visitors descending to Mactan will not only spend good Euros but will also spread the good word (hopefully) about our beautiful island. Sports tourism, it’s nicknamed.

This means that, to all those who’ll be inconvenienced three mornings from now, please bear with this annual party. Speaking of “annual,” it looks like, after three years, Cebu will continue hosting the IM. And why not? Camarines Sur was a terrific start, bringing hundreds of newbies. But it’s small. And the water, murky and brown, can’t compare to Shangri-La’s. Three more years. That’s what I hear. Amazing Tri’ news for this multi-city hosting of Lapu-Lapu, Mandaue, Talisay and Cebu.

Me? I did the 90K bike two years ago, was scheduled to race the Individual Full last year until an injury thwarted those plans, and this Sunday, I’ll run 21K with Ralph Sios-e as swimmer and my best buddy Dr. Ronald Eullaran as biker. Our team name is JACK MEN, in honor of my late father-in-law “Jack Mendez” who passed away two weeks ago and because “we’re men of Jack.”