Sebastian Lacson was, during college, the Ateneo Blue Eagles team captain. He swam from Europe to Africa (Strait of Gibraltar) and, just last Feb., he finished the Tokyo Marathon. But today, I yield this space because the top VECO executive writes about football. Here’s Basti’s full piece: 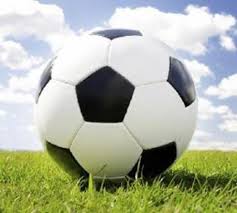 Few things can equal the real-life drama that sport provides. On occasion, the drama reaches such a high note that it leaves the spectator breathless, wanting no more and yet wishing it would never end. Such was my experience in Bacolod City, of all places, watching a well-coached bunch of Cebuano boys, all aged 11 or less.

Football (sorry, I cannot get myself to refer to it as “soccer”) tops the world in terms of popularity and viewership. In the Philippines, thanks to the resurgent Azkals, it is only recently that the sport has taken on a more widespread appeal. Quite possibly it is the difficulty of scoring goals that is the appeal worldwide, and the scarcity of goals (as compared to high-scoring basketball) that makes us Filipinos prefer basketball to the beautiful game.

I’m certainly no expert in football. As for live football matches, I have only seen a pair of Spanish league games and also the two times the Azkals played in Cebu. But none of them were as thrilling and delightful as the matches I saw the Giuseppe Under-11 team play at the recently concluded Ceres Cup seven-a-side invitational.

Call time was 7:00 am and the Giuseppe boys played all day until the final, which ended at 9:30 in the evening. Neither the scorching sun and the dust it conjured from the ground nor the intense afternoon shower that drenched them could wipe the determination from their little faces. They started cold in the first few games but hit their stride in the successive afternoon matches, winning one after another and making it to the semi-finals.

They beguiled all opposition with their disciplined spacing on the field, deft triangle passing patterns, sudden bursts of speed and brilliant final flourishes from prolific Yoji Selman, who scored a staggering 21 goals for the day and earned a unanimous MVP award.

It would be difficult to find a team more endearing than this one. Five of nine on the lineup in Bacolod are the Banilad Boys, so called because they study in Banilad Elementary School, next door to the Sandtrap football pitch where Giuseppe trains. These boys are as scrappy and hardy as they come. They may not have the latest in cleats or apparel, but they can outrun and outlast anyone their age or even slightly older.  If they had a motto, or if I could make one up for them, it would probably be along the lines of: play hard, complain none, and things will take care of themselves.

Rounding out the team are four boys from various schools that either don’t have a football team or who would rather come to Giuseppe to learn a more European style of playing. The glue of the team is Rachel Genco and her true passion for the game, keeping the various Giuseppe teams going through her sheer strength of character (and coffers) as well. Coach Bing Bing Colina keeps the boys in check with a studied combination of encouragement and hard work at practice.

The semi-final match was set for 7:30 pm at the well-lit North Point Ceres pitches. Standing in Giuseppe’s way was Marist School from Manila and, on average, the opposition taller than our boys. Hardly two minutes past when Yoji broke through on a pass from Enrico Yap and stroked a beauty with his left foot into the corner of the net. This match ended at 4-1, with the only opposing goal coming from a penalty kick.

By 8:15 pm, it was time for the final against a tough Corinthians team, also from Manila. Once more, our boys were dwarfed by the counterparts from Manila. Then the barrage began. Another four goals from Yoji and one from Stephen Soria and the final tally was 5-1.

So high was the quality of this display for the age of the team that a number of non-Filipino looking Ceres La Salle semi-professional players stopped our boys and sought them for pictures. Our boys being asked by the semi-pros. Yoji, for his part, had more than a few female admirers maybe twice his age all making a beeline for selfies with the young star.

After the game, an exhausted and famished Rachel could only comment that she saw an Italian-style football that day from her boys. And she liked what she saw.