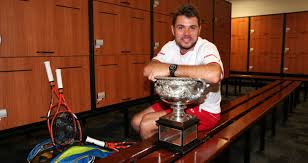 The odds of Stanislas Wawrinka upsetting Rafael Nadal were so slim that Jourdan Polotan, my wife Jasmin and I bet a Tonkatsu dinner not on whether the Swiss would beat the Spaniard but on what set he’d lose: straight sets (my pick), 4th set (Jasmin’s) or an unlikely 5th set (Jourdan).

It was unlikely that Stan would be The Man. In their 12 previous matches, the score was 12-0. Every previous set they played was won by Rafa. Plus, if we factor in the semifinals demolition job over Roger Federer, then we had a sure RN-engraved trophy in the making.

But this is sport: There are no guarantees. A “lucky” punch by Marquez can put to sleep a sure-win by Pacquiao; a Chelsea football team can shock Bayern Munich in Germany (2012); a 42-1 underdog named Buster Douglas can KO an overconfident Mike Tyson. 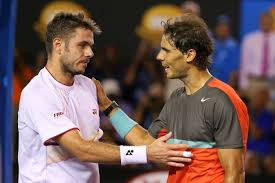 Prior to us discovering the back injury that Nadal was sustaining, Wawrinka was Swiss perfect. In the first set and a half, he walloped the ball via his beautiful one-handed backhand. He served 217-kph aces. He putaway volleys. If he had continued that level of play, even if Nadal was not injured, he’d still have won. It was a pity we didn’t see that happen.

Nadal’s back problems, him wincing in agony, was a painful sight. This was the finals. On the cusp of his 14th major — with the 14-major winner Pete Sampras ready to gift him with the Oz Open crown — he tumbled. It was one of those mega moments that turned sour. At the end of that 2nd set, I thought Nadal would quit. Barely able to serve, what’s the point in continuning? But he continued. The pain killers must have worked. The vigorous back massages must have taken effect. Because Rafa came to life. From a low of 114-kph serves, they strengthened. He won the third set. Imagine if, by some miracle, he escaped with that 4th set win to bring the finale to a 5th set ending? And he won it? For him, it would have tasted sweeter than any Swiss chocolate.

But Stan wouldn’t be denied. He mentally refocused, ran his ailing opponent corner to corner, and secured that break of serve to finally — pardon the pun — break Nadal’s back.

The tattoed letters inscribed in his left arm — “Ever tried. Ever failed. No matter. Try again. Fail again. Fail better” — have come true. Always the best man at these Grand Slam weddings, he’s now the groom — with the Norman Brookes trophy as his prize.

FINALLY. It’s Li Na! I can imagine the hysteria in China today. A nation of 1.35 billion people, just a three percent increase in youth tennis players — buoyed by the victory of their own heroine — translates to 45 million new tennis players. 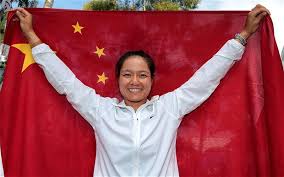 This happened to Sweden. After Bjorn Borg became the most famous Swede with this tennis performances, there began a boom in Swedish tennis. The likes of Edberg and Wilander were born from the popularity of the game sparked by Borg.

Can Li Na inspire the hundreds of millions of Chinese girls to learn forehands and backhands? I think so. She may not have won Wimbledon, the grandest of them all, but she won the only major that’s labeled the “Grand Slam of Asia and the Pacific.”

While still at her prime, I hope she extensively tours her native land to inspire the children. Maybe develop “Li Na Tennis Academy” schools from Shanghai to Guangzhou to Xiamen — today, while she’s at the summit.

What stands out about Li Na is her personality. You should listen to her awarding speech last Saturday. She’s funny. Always has been. She’s the favorite of the media during the press conferences with her witty responses. Of her real life partner of eight years, she told the crowd, “Now, of course, my husband, you’re famous in China. Thanks (to) him with everything, travelling with me as my hitting partner. (He) fixes my drink, fixes my raquet… So thanks a lot, you’re a nice guy … Also, you’re so lucky, you found me.”