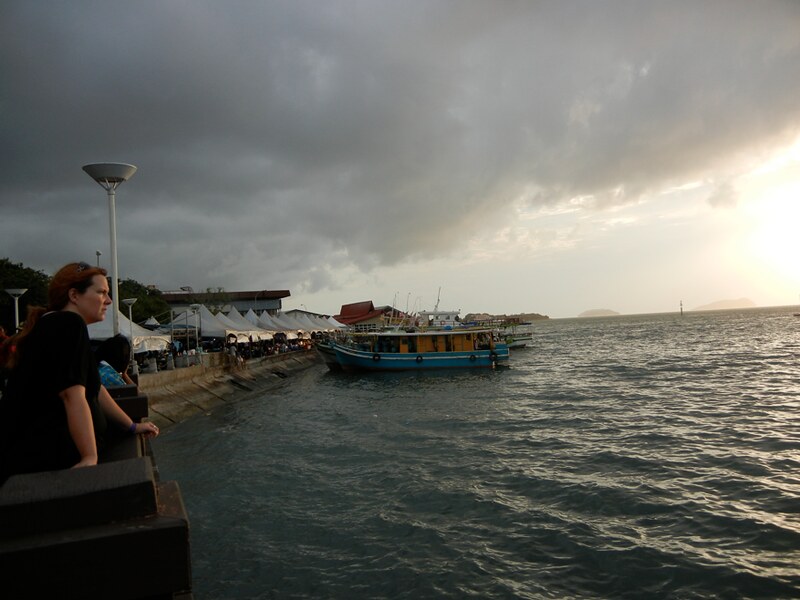 Kota Kinabalu, MALAYSIA—There are plenty of Pinoys here. Minutes after we arrived last Monday, we visited KK’s famous beach, Tanjung Aru. The girl we ordered sate barbeque from? She’s from Talisay, Cebu. Our taxi driver? His name is Abdul. He studied in Zamboanga. Their famous souvenir spot? It’s called “Filipino Village.” Almost everyone here can speak a few lines of Tagalog. And, if you study the map, Kota Kinabalu is much nearer Palawan and Zamboanga than it is to Malaysia’s capital, Kuala Lumpur.

KK is a resort city. You notice plenty of tourists strolling by the waterfront. Shangri-La Resort operates two spots here: the Rasa Ria and the Tanjung Aru. Our very own Lapu-Lapu City in Mactan can pattern itself from KK. This place has wide-open roads (lots of cyclists here), it’s generally clean and, like Singapore, is forest-like: millions of trees sprout and grow. The Philippines? If we want to be “Truly Asia” like Malaysia, we ought to plant more plants.

KK is famous for two outdoor adventures: island-hopping and mountain-climbing. White-sand beaches on small islands are found nearby. And, if you prefer the hilltops, the must-do activity is climbing Mount Kinabalu, listed as the 20th most prominent peak in the world at 13,435 feet. (The famous Mt. Kinabalu International Climbathon is held every October.)

Sadly, our group here can neither island-hop nor climb mountains. We’re stuck facing a rectangular surface called the tennis court — here together with some of the top Asian juniors for the 3rd Sabah/Malaysia Asian Tennis Federation (ATF) 14-and-Under Championships. 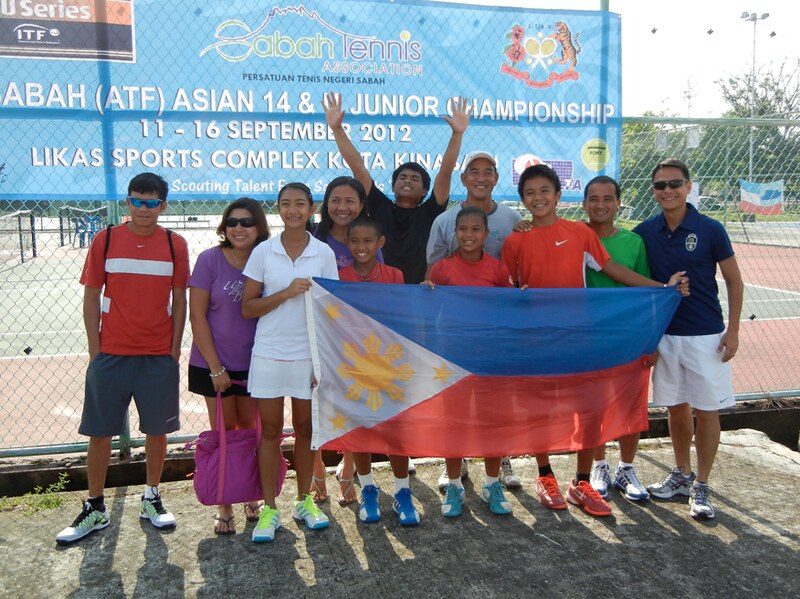 Before tennis-talk, we’ve had the chance to visit a few other spots: The Sabah Museum. Paying 15 Ringgit each (one ringgit is equivalent to PhP13.50), Jasmin, Jana and I visited a mostly-empty museum. At the entrance, the skeletal remains of a giant whale greeted us. They also have centuries-old ceramic figures, art works and stuffed animals – not the most thrilling sight for 13-year-old Jana. 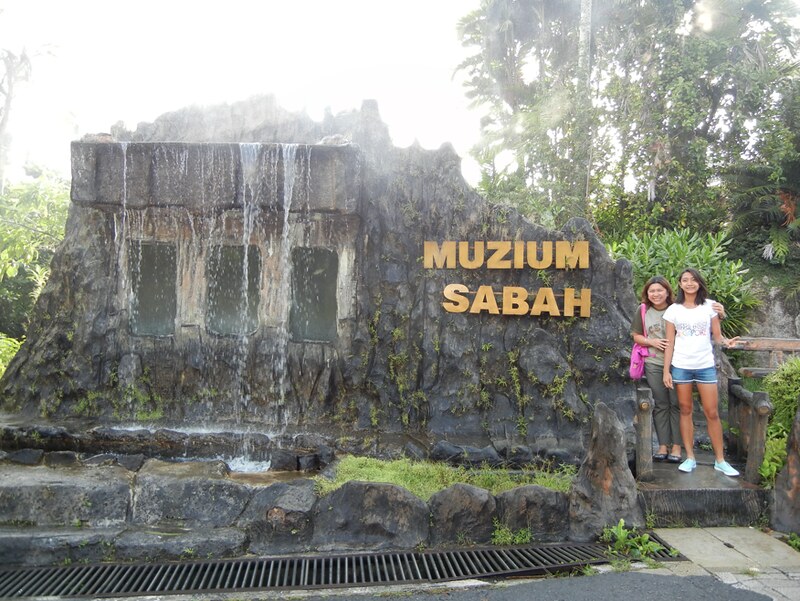 We entered their largest mall, Suria Sabah. Slightly smaller than Ayala Center, it’s stocked with famous branded shops: Starbucks, KFC, Kenny Rogers, Coach, Rip Curl. But, shocking to see, hardly anyone was there. The mall is a year old and plenty of stalls are still vacant. Asking the taxi driver why few people roamed the mall, he said that locals found the goods expensive. And guess who owns the mall? “KK’s governor and the chief minister,” said the driver. Here, politics and business mix!

We’re staying at the Likas Square Condotel. For a reasonable P3,000/night, our hotel unit has a huge balcony, a sala and dining area, kitchen facilities, and three air-conditioned rooms with two T/Bs. Six of us are sharing the space: three players (Jana, Iggy and Khim) and three parents (Lourdes Pantino, Jasmin and I).

Likas Square Condotel is not near the city (15 minutes away) but it’s only an 8-minute walk away from the Likas Sports Complex, which houses 11 tennis courts. The Likas Sports Complex is KK’s version of Manila’s Rizal Memorial Sports Complex. We jogged on their rubberized track oval. (Sports editor Mike Limpag will love this: the grass on their soccer field is pristine green and ready for play!) 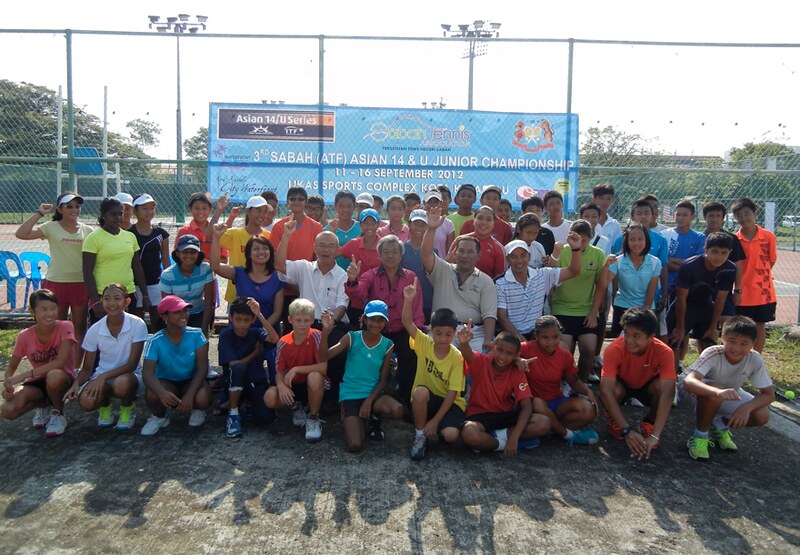 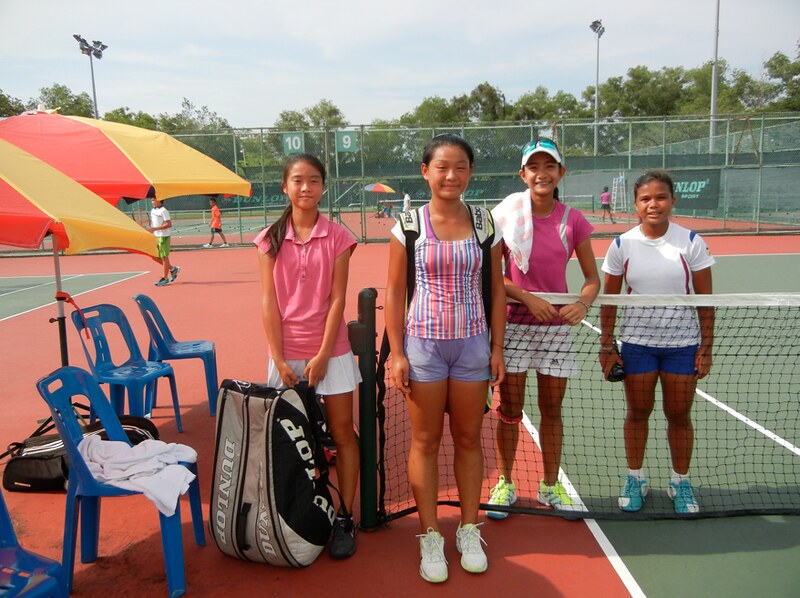