Over a week ago, I got an email from Randy Del Valle, a close friend from Cebu who has since been assigned in London. The avid tennis and sports fan that he is, Randy watched Wimbledon last month and took time to meet with the Filipino Olympians. Here’s Randy’s message… 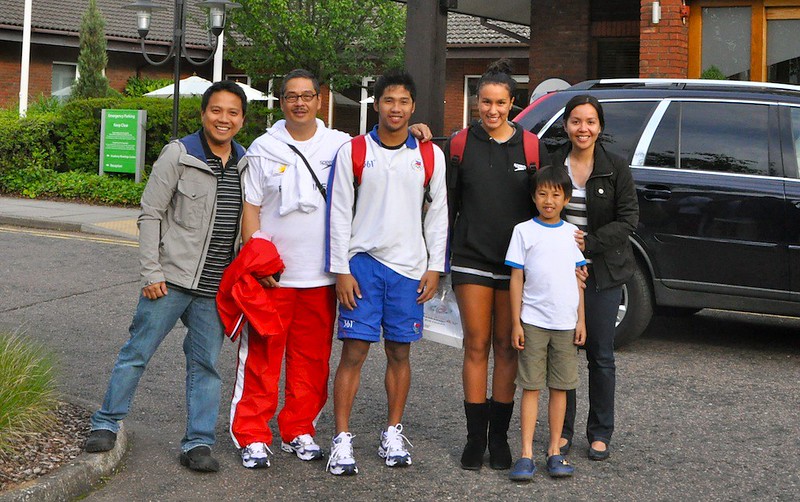 The Del Valles with the PHL Olympic swimming team

Did you see the London 2012 Opening Ceremony?  While Beijing was big and grand, I think the London opening has more heart, soul and fun into it.  Specifically liked the history, Industrialization, Mary Poppins saving the day, JK Rowling and Voldemort, the Bond and the Queen diving, British pop music, hilarious Mr. Bean and the orchestra, the www founder and the lighting of the cauldrons to make up the Olympic flame.  There were lots of moments but there is a rich story in every cut – for me director Danny Boyle was great and he deserves a medal for planning the opening with lesser amount of budget. Anyways, been very excited this week, as we will see a lot of games here in London.

As mentioned to you before, Christine and I met up with the Philippine team delegation here in London. A good friend hosted a lunch with the athletes and we were able to visit them during practice for a couple of weeks.  We met Jasmine Alkaldi (womens 100m freestyle), Jessie King Lacuna (mens 200m freestyle – he lost today), Marestella Torres (Long Jump) and Rene Herrera (men 5000m) 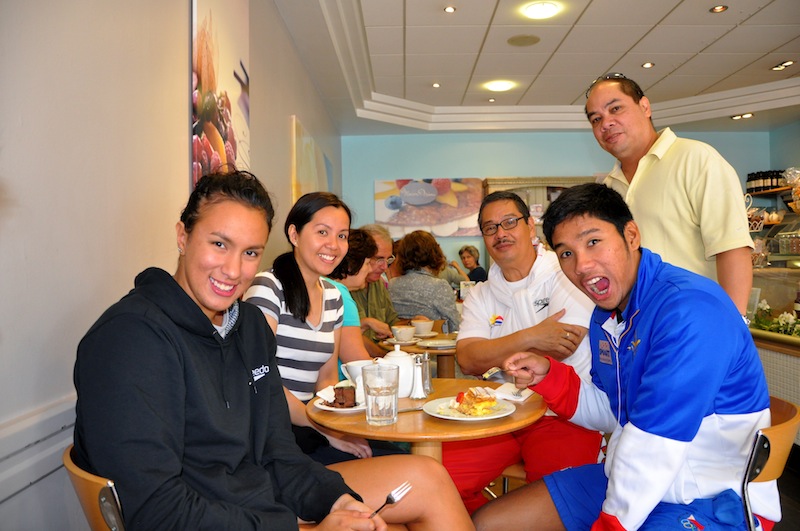 Christine with swimmers Jasmine and Jessie and coach Pinky Brosas 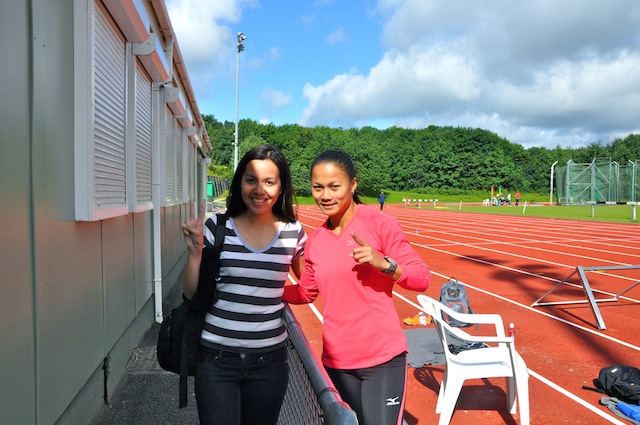 I hope they will do well in the Olympics and score a medal. I know it will be a tall order but miracles do happen. Wishing all our Philippine athletes the best and make all the Filipinos proud!

I will send you more updates on the Olympics matches that we will watch: Swimming finals (Philippine Swimmer Jasmine Alkaldi will be competing there is she will reach top 8); Cycling (last weekend and this Wednesday) and Football Quarterfinals (August 4).