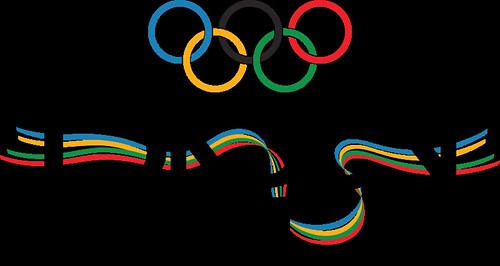 Back in July of 2005, I was fortunate to have been in Singapore when the International Olympic Committee (IOC) convened in the Lion City to decide on the host for the 2012 Olympic Games. As we now know, Moscow, Paris, Madrid and New York lost to one city who’ll host the Games from July 27 to August 12.

London. Yes. Is there a place more cosmopolitan, diverse and sports-crazy? Exactly 64 days from today, London will become the only city in history to host the Olympics thrice (they also did in 1908 and 1948).

Wanting to get a first-hand look at the Olympics, I asked a long-time resident for his thoughts…

Jack Biantan was SunStar Cebu’s former Sports Editor. A giant both in size and in his love for sports, Jack has resided in London for 11 years now.

“Everyone here is excited,” said Jack, in our e-mail exchange last week. “But not the entire London has benefitted from this Olympics. Only the West part of London where the Olympic Village and the infrastructures are.

“Our only concern in North London specially we Tottenham Hotspurs fans is the Olympic stadium. Shall we get the stadium after the Olympics or shall we remain in the congested White Heart Lane stadium.

“As you can see John, West Ham United and Tottenham Hotspurs are contesting in courts right now on who will be right full tenants in the Olympic stadium. The London Olympics organising committee has given the rights to West Ham because of the Hammers proposal to keep the track oval after the games.

“Tottenham however want to get rid of the oval and convert the entire stadium into a football specific stadium just like what Manchester City FC did to the Manchester stadium after the Commonwealth games fews years back. The Hammers have all the advantage also because West Ham is based only very near to the stadium while the Spurs are based some kilometres away.

“But in my opinion the Spurs are just using the Olympic stadium as leverage to their negotiations with the Haringey council (Tottenham is located in the Haringey borough) for the extension of the White Heart Lane stadium. The Spurs management has brought all the properties around their stadium and are waiting for their permit to construct to be approved. The Spurs stadium has only 36,000 capacity and I have been waiting for the past 11 years to get a season ticket. They are planning to extend the stadium to 60,000 once the council approves the permit.

“The London Olympic committee is also facing another problem in court as Leyton Orient FC the club nearest to the Olympic stadium has also sued and claimed their own right to the tenancy to the stadium. The games have not even started yet but the battle in courts have already been busy.”

Jack planned to watch the games in person but was appalled by the exorbitant ticket prices. “The tickets are astronomical for ordinary salaried people like us OFWs from the Philippines,” said Jack. “I have a daughter in college in Cebu and a six-year-old son who is in an Opus Dei School in CDO. I also have to pay high rental to the flat I rent here.”

Worse, the tickets are not only expensive—they’re also nearly impossible to get. “Most are sold out and been snatched by the black market peddlers,” said Jack, driving the prices further upwards.

“I planned to buy tickets for boxing where there is only one Filipino athlete competing. But since he is alone, and the odds for him to win a medal is very slim, I might as well stay at home and watch TV,” said Jack.

Joking, he adds: “Unless we are lucky to win the ticket lottery the Olympic committee has organised, then we would be more excited.”

This has not stopped Jack, though, from visiting a few sites. He’s toured the outside area of the Olympic Stadium and has explored the Westfield Mall in Stratford City.

When the battle starts on July 27, an estimated 10,000-plus athletes representing 204 countries will compete. There are only 26 sports but a total of 302 events.

Like us here in Cebu, Mr. Biantan will be watching the flat screen.

“BBC is covering the games for free so we would just contend ourselves in watching the games on TV,” he said. “Our only problem is that the BBC coverage will be concentrated only to British athletes. But the Filipino community is excited to watch Olympic basketball games live this time because there is a British team competing in it. Unlike the previous games where only the finals were aired.”

I asked Jack, who’s resided in the United Kingdom capital since 2001, if he plans to reside there for good and he says no.

“Once our mortgage in CDO is finished in five years time and my daughter finishes her college education I will be back in the Philippines to take care of my young son. That, if I stay healthy during those times. I am getting old now John and I want to enjoy my life a little bit before I go to another world. Life here is hard and there is too much stress. I had a great time in Cebu when I was there. I lost my hair and gotten sick of diabetes in 11 years of stay here.”

Finally, I asked the football aficionado if he meets with other Cebuanos. His reply: All the time! “Most of my colleagues in the hospital where I work are Filipinos, so I still have not perfected my British accent because we often speak Ilonggo, Cebuano or Tagalog.”

Good to hear that London Jack is still Bisaya.