When we used to play tennis at the Casino Español prior to his departure for The Land Down Under, the forehand of Engr. Edwin Salazar was most feared. He’d grip the racket upside-down and spin that yellow ball from underneath. He was nicknamed “Cebu’s right-handed Rafa Nadal.”

Edwin is now Australia-based, residing in Gold Coast City. The big news from Oz? The Australian Open, now on its historic 100th year. Edwin and I exchanged emails yesterday; him supplying tons of details. Here are excerpts… 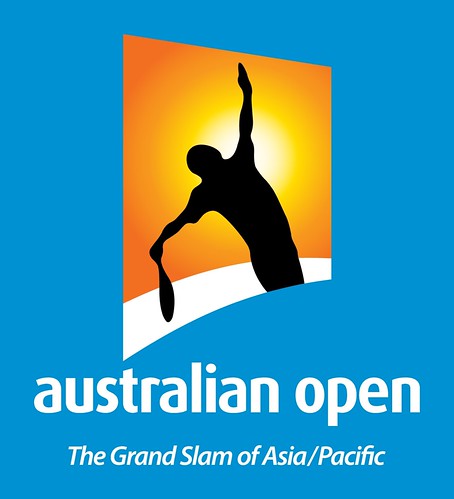 “Sus, John! Had planned to go to the Australian Open but tickets to the last three days leading to the finals were sold out.

“The Australian Open is such a big event. Leading up to the Open, there are one-week tournaments played in the cities of Perth, Sydney, Kooyong (Melbourne) and Brisbane.

“On the first Monday of January was the first day at the Brisbane Open. I watched this tournament. The sports facility is called Pat Rafter Arena—not owned by Rafter but named after him.

“My family also attended the opening of the Pat Rafter Arena about 3-4 years ago. All the great Australian tennis legends were there. This tennis facility was inundated with storm-water last year. The center court was under water by at least 1m. The outside courts, by at least 2.5m. The clean-up and repairs were amazing. There were no signs of flooding when I visited the arena this year.

“The Brisbane Open was won by Andy Murray. Bernard Tomic reached the finals but was defeated by Murray sa semis. The following week, Tomic won the Kooyong Open.

“All top 32 players scatter themselves into the various pre-open tournaments. So the whole January, one can see matches being shown sa free TV or cable. One will also see the sports pages of all newspapers filled with tennis stories.

“Mas grabi pa gyud ang local news diri because Sam Stosur and Bernard Tomic are from here. The top ranked male (Tomic) and female (Stosur) Australian players are from Gold Coast City. Both went through public schools and started tennis at a very young age. Both still stay in the Gold Coast when not competing.

“On some occasions I see Tomic and Stosur practice at Queens Park Tennis Club. Would you believe Stosur picks up the balls herself during practice? Here, I’m surprised… walay ball boys even to world-ranked athletes during practice.

“When Stosur won the US Open, the Mayor of Gold Coast organized a big event for her. It was held at Broadwater Parkland, a park which has a stage in an area as big as Abellana.

“Bernard Tomic, ranked 37, is the hot topic. He’s the world’s youngest top 50 player at 19. Coached by his dad, John, they have the same Lydia de Vega-and-Tatang relationship and coaching style. Bernard’s dad is not a professional coach and people keep suggesting that he should get a real pro coach. However, he’s fast rising, having beaten two top ten players in the last seven days. 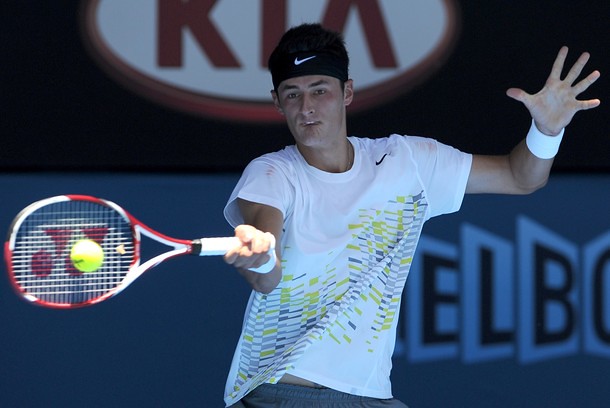 “On the first day of his Australian Open play, Tomic beat Verdasco in five sets. He also defeated a top 10 rated male tennis player when he won the Kooyong Classic.

“The temperature in the Australian Open is an issue. Pwerti kunung inita. I have not been there but hopefully I will experience that tortuous heat next year.

“Tomic has been recognized as a star in the making since he won the Wimbledon boys title in 2008 at the age of 15. The whole of Australia is cheering behind Tomic with Hewitt as the sentimental favourite. It’s just sad that Sam Stosur lost on her first day.

“I have not been to the Open at Melbourne, but from what I saw during the Brisbane Open, The Australian Open would be huge—I will make this as an item in my bucket list.

“During my visit sa Brisbane Open, the atmosphere was so nice. There was a place for kids to stay and play, an open park with a band playing scattered with tables and surrounded with stalls selling food and coffee.

“By the way, please tell Pareng Jun San Juan that Bernand Tomic plays like him. And Andy Murray plays like you, John.”