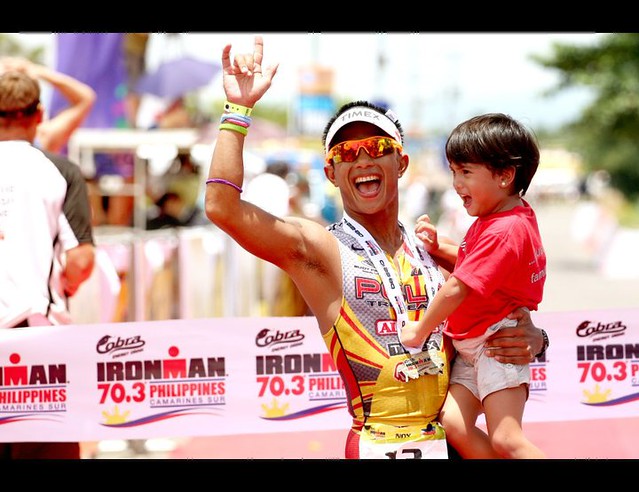 “I was 14 years old when I got a hand-me-down copy of Triathlete magazine from my uncle Jeng, who was the Philippine champion at that time,” said Noy Jopson.

“I was drawn to the images of the race, the lava fields, the legendary winds of the Queen K Highway, the crowd at Alii Drive as you’re about to finish the race. It’s what got me in the sport in the first place 22 years ago.”

Only one other Cebuano has ever participated in this event that covers a 3.9-km. swim, a 180-km. bike ride, and a 42-km. run. That Cebuano is Fred Uytengsu, the owner of Alaska Milk and one of the country’s most influential sportsmen. Fred, who resides in Manila, is “Cebuano” because he was born here. Noy is also Cebuano. He’s married to Amale Mendezona and, for many years now, has called this city home.

The Ironman in Kona, Hawaii is exclusive. Only qualifiers (the elite triathletes) can join. Noy qualified in last August’s Ironman in Camsur.

In the inaugural Ironman two years ago in Camarines Sur, he was the Filipino Elite Champion. Two months ago, he was 2nd overall, 35 to 39 age group—which made him qualify for Hawaii. 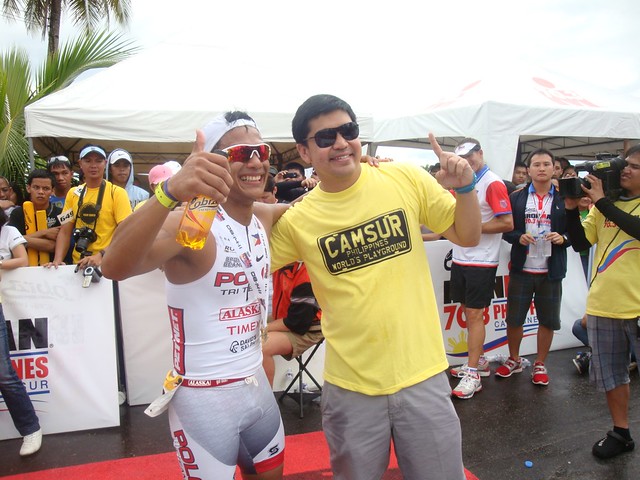 Next Sunday? As expected, he aims high. “I expect to have a great race since I prepared very well for this event,” he said. “I also expect to savor every moment of the whole experience.”

Noy’s goal is to become only the second Filipino in history to go under 10 hours. The reigning Cobra Ironman 70.3 Philippine champ, Arland Macasieb, holds the record at 9:48. Noy wants to be “the first one to do it in the Kona Ironman World Championships.”

A total of 14 Pinoys are joining. “There are 11 Pinoys who qualified in Camsur, all the original Camsur Podium Placers, myself, Peter Gonzales and Ferdie Catabian have qualified. Its awesome that I will get to share the journey with five of my teammates from Polo Tri Team, Ferdie, Fiona Ottinger, Larry Ocampo, Amanda Carpo and captain Fred Uytengsu who will be doing Kona for the 2nd time. There are also 2 Fil-Ams who have qualified in the US, so all in all there will be 14 Pinoys at the Ironman World Championships.”

Noy’s schedule includes joining 20,000 others in today’s Milo Half-Marathon. He’ll pace with his wife Amale. “It be my last long run and we hope to run it in 1:45, which will also be my target pace for Kona on Saturday,” he said. “Tomorrow (Monday), I head to The Brick Multi-Sport Store in McKinley Hill to pack my bike in a hard case and get nutrition supplies. Tuesday after lunch I’m off to Honolulu, staying with my Tita overnight, then Kona early Wednesday morning. I’ll be back in Cebu on the 14th in time for Mendel and Lhoriz’s wedding.”

I asked Noy, What will you think about in those 10 hours of suffering in Hawaii? “I will be thinking a lot about my family back here in Cebu, my wife Amale, kids Mikele and Rafa. I’ll also be thinking about my mom, who’s been my number one sponsor over the years; my sister Joyette, cousins Pong, Redg and Ogie who are all triathletes and have all shared the journey with me. I’m so blessed to have a supportive family, I have to make it up to them big time when I get back.” 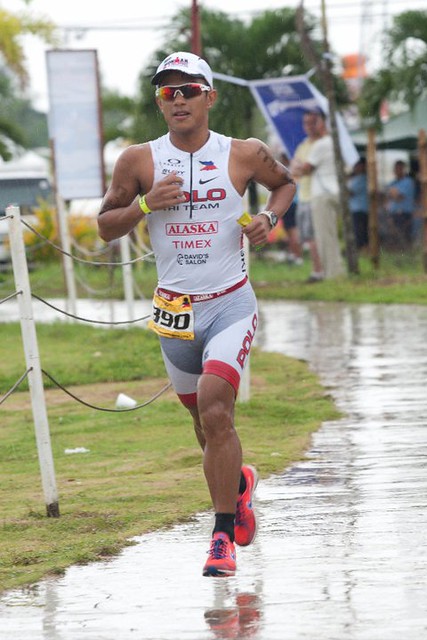