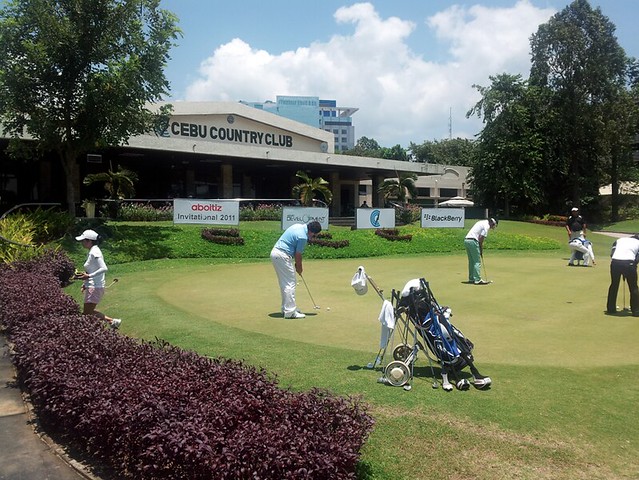 The Aboitiz Invitational 2011 is the most prestigious golf event to land in Cebu. It’s happening today. Yesterday. Tomorrow. And Saturday.

The Davis Cup 2011 is the most illustrious tennis event to bounce in Cebu. It’s not happening yet. The dates are September 16 to 18.

Today happens to be the very first ‘BER day of the year—we’re SeptemBER 1—and the Davis Cup is only 15 days away.

Isn’t our island lucky? The four-day golf-fest now being played at Cebu Country Club could easily have been situated in Davao’s Apo Golf or Laguna’s Caliraya Springs or Manila’s Canlubang. But it’s here. Right across the “soon-to-open” Ciudad. Cebu is blessed. We, Cebuanos, are blessed. Same with the sport that’s being played in Flushing Meadows, New York. It’s called tennis.

The Davis Cup clash between the Philippines and Chinese Taipei could easily have been held at the Rizal Memorial courts in Manila or the Philippine Columbian Association (PCA) indoor facility. But, no. The venue is here. Like golf. It’s at the Plantation Bay Resort and Spa. The island… ah, Cebu. My point is this: Let’s watch!!

These twin tournaments just two weeks apart are the paramount sporting marvels of this Year of the Cat.

With the Aboitiz Invitational, I watched for nearly 60 minutes yesterday—thanks to the personal tour by Atty. Jovi Neri, a 4-handicapper whose best score in CCC is an astonishing 67. Jovi drove the golf cart of Clifford Celdran. We followed Elmer Salvador, whose 1-over final score was the best by noontime.

Chuckie Hong? Playing his first pro tournament on his Cebu home court, I watched him wear a REDGOLF cap and drive that first drive on Hole No. 10. A friend to all the caddies and local CCC boys, he received the loudest applause. 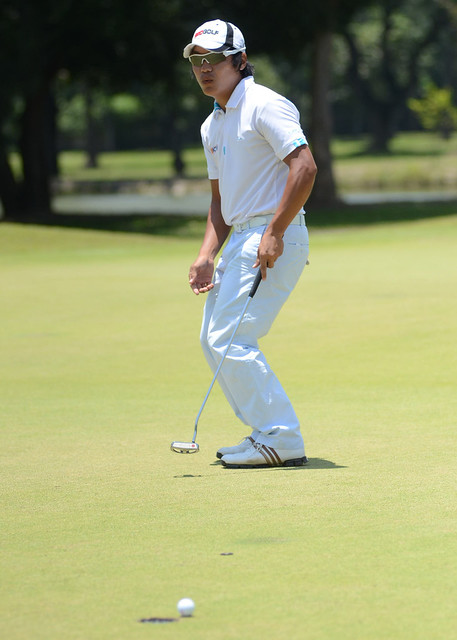 Miguel Tabuena was impressive. Only 16 years old, the “Boy Wonder of Golf” flew in from Taiwan a couple of days ago. We shook hands. “The last time I played on this course,” said the 2010 Asian Games silver medalist, “was when I was only nine years old.” Mig shot a 2-over. I left at noon and, by then, the scores were high. One pro logged a 9-over.

The reason for the high scores: “The greens were very, very hard.” Those words were uttered by Miguel T., about the same age as our top guns named LJ Go and Gio Gandionco.

What I found unusual yesterday was that very few people watched. Entering CCC around 11:15 A.M., I expected to find difficulty parking. Only a dozen cars were parked. This is perplexing. Or, maybe not. Because while the distinguished and exalted of golfers are joining, there’s no Phil M. or TW1 or even a Keegan Bradley, the PGA Championship winner. Also, yesterday was a Wednesday—the first working day after a four-day-long weekend. Everybody’s busy; at work.

Still, I hope more people watch. Today. Tomorrow. Especially on the finale, on Saturday. Be you a golfer or a non-golfer, the perfect mix of blue skies with putting greens and multi-colored Asian and European and American golfers ought to make you visit the Country Club.

Back to the Davis Cup tennis: This is another not-to-be-missed contest. Our players are: Cecil Mamiit, previously ranked as high as world No. 72 and was the “sparring” (or make that “hitting”) partner of Maria Sharapova; there’s Treat Huey, world-ranked No. 71 in doubles; and two newcomers: Jeson Patrombon and Ruben Gonzales.

Davis Cup tickets, priced at only P200/day or P500 for three days, are now available at Chris Sports SM or Ayala. Get your DC tickets now.