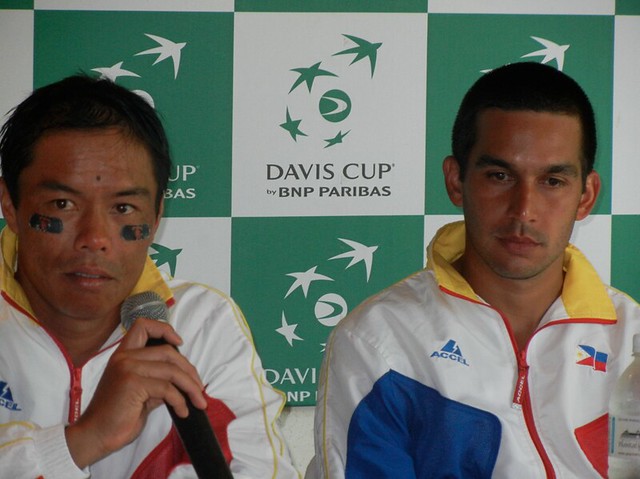 Tennis, like boxing, is one on one. When Rafa plays Roger, it’s like Pacquiao-Marquez. No other person, except that referee, is inside that court or boxing ring. Mano-a-mano. That’s boxing. Like the game Djokovic plays.

This September, it’s back. D.C. RETURNS. After a six-month hiatus when our players with the same Filipino blood named Huey and Mamiit battled against the Japanese warriors, DC volleys back.

Mayor Paz Radaza ought to be applauded. Same with Councilor Harry Radaza. This auntie-and-nephew tandem has, in just 13 months since they’ve been together in public office in this political term… they’ve overthrown CamSur as our sports capital. Davis Cup last March. Davis Cup next month. Manny Pacquiao inside the Hoops Dome, serenading the Cebuanos—for free! AJ Banal and Michael Domingo, besting their visitors, also at the Hoops Dome. Tri Lapu-Lapu 113 in December. Sports and Tourism are one in this city made famous by our first Filipino hero, Datu Lapu Lapu.

Randy Villanueva, the Vice-President of the Philippine Tennis Association (Philta) and the administrator for the Davis Cup, himself deserves an ovation. Though residing in Manila throughout his young life, his family hails from Cebu. That’s why he’s bringing DC to Sugbu.

Without Randy’s push, this event—which started in 1900 as a friendly between the U.S. and Britain and is now the largest team sport on earth—will not be held here. 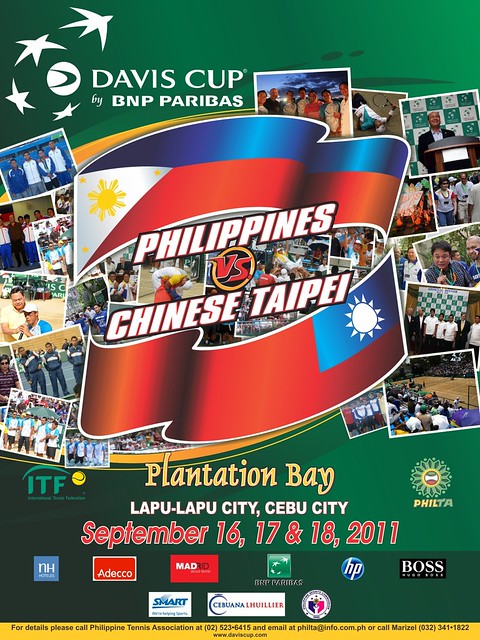 Plantation Bay Resort and Spa, led by “The best General in Cebu,” according to Nimrod Quiñones of The Freeman (that’s General Manager Efren Belarmino), is once again hosting the Davis Cup.

Ken Salimbangon, the founder of the Cebu International Tennis Centre, and Jess Lagman, the Regional VP for Philta, are key organizers next month.

What’s new when we encounter the Taiwanese?

First, the ticket prices: only P200/day or P500 for the weekend. That’s inexpensive.

Two: It’s desperation time. What I mean is this: This DC tie is crucial because it’s the last stop for the Group 1 teams. If we lose, we get downgraded to Group 2. If we beat the Taiwanese, we stay in the upper bracket.

Why is Group 1 important? If this were a ladder, this is the last hurdle prior to the vaunted World Group, where the top 16 nations in the world compete. The likes of Nadal and Djokovic? Yes, of course, Spain and Serbia are in the World Group.

Japan? The nation that defeated us five months ago? They’re playing India next month to enter the World Group. In a draw of lots, they could have faced a country like Switzerland. And we know the Swiss No.1, right?

Theoretically, had we beaten the Japanese and drew the Swiss… Roger Federer could be visiting Plantation Bay next month! (Imagine the excitement of British Honorary Consul Moya Jackson…)

But back to reality: It’s the Taiwanese next month. Is this team strong? Yes. If Yen-Hsun Lu arrives at the MCIAA next month, we’re in trouble. Ranked 67 in the world, he is Asia’s No. 1. At Wimbledon last year, Lu reached the quarterfinals (the first Asian to do so in 15 years) and defeated the strongest server on earth, Andy Roddick. Their 4-6, 7-6, 7-6, 6-7, 9-7 match took 4 hours and 36 minutes.

I’ve watched Lu. At the 2008 Beijing Olympics, Jasmin and I saw him play Andy Murray in the first round. After Murray lost the first set, we moved to another court, thinking Murray would recover. We were wrong. Lu won, 7-6, 6-4. So, bad news if Lu arrives. His teammates? Also good: Tsung-Hua Yang, a former junior No.1, who is ranked No. 250. There’s Ti Chen, world no. 331. These guys are good—but beatable.

See you next month!