One of the most famous bodies in all of Cebu is that of Alan Choachuy, all of 217 lbs. If you think that’s heavy and obese, consider this: Three months ago, he weighed 309 lbs. But, after eight weeks inside “The Biggest Loser Pinoy Edition,” he lost 62 lbs. Then, after getting ousted from the camp, he arrived in Cebu even more determined: he lost another 30 lbs.

The Biggest Loser contest? “I joined for fun,” he said. “How often can a fat guy like me get an opportunity to get into reality TV that has a good purpose: To be healthy!” 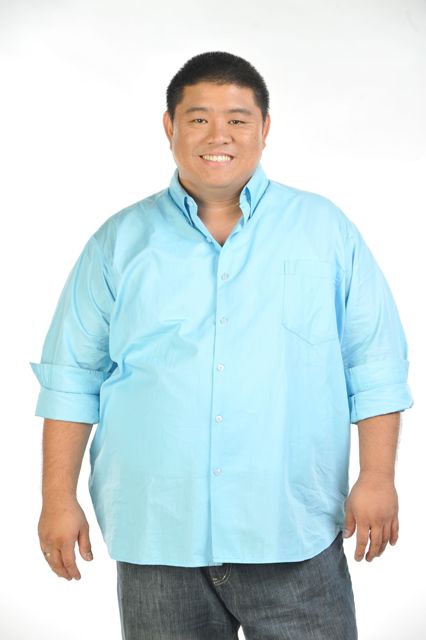 During the auditions, Alan, who turned 40 last February, was one of the last to enlist, lining up “very late in the afternoon while others lined up at dawn.”

How did he lose 62 lbs. in two months? “In the camp, I did cardio elliptical, stationary bike, running, boxing, spinning and strength training. But the most effective was the Metabolic workout by Coach Jim Saret; it’s a short intense workout that hits 70% of your max heart rate. Ex: the basic 10 jumping jacks, 10 squats, 10 push ups, 10 lunges but repeat as many as you can in 4 minutes and as fast as you can. Sounds simple but as you get to your second set you start to see stars. Haha! Increase number of minutes as you get stronger and faster or carry dumbbells etc.; it not only helps you lose weight, it helps you get fitter and stronger faster.”

When Alan left The Biggest Loser last July 25, he continued his fitness program. In fact, just last Monday morning, as I drove up to Ma. Luisa Park, I saw one man pedaling the mountain-bike. He was alone. He climbed the subdivision’s steepest part.

It was the ABS-CBN star. “That was a 1.5-hour bike ride,” he said. “I started at our house in Mandaue then went to Maria Luisa. I did three laps; it takes 10-12 minutes uphill to the main intersection then back downhill on the right side where a red Ferrari and yellow Porsche are parked. I chose Ma. Luisa because it’s a short but very steep uphill.” (On biking, years before he joined the TV show, Mr. Choachuy was popular among Cebuano bikers because of Big Al’s, a series of MTB events he sponsored from 2005 to 2007.)

With The Biggest Loser, Alan was highly-respected. “It was a great experience in the Camp, especially when I was treated like leader not only for the Blue team but for the entire group. Never in my life did I think that 16 people from different parts of the country would give me so much respect. And to think I am from Cebu.”

His motivation? “My wife, Caroline, and my kids, Carmichael, Carlisle, and Alana,” said Alan. “I want to grow old with my wife and don’t want to burden my children in the future because of my unhealthy lifestyle.”

He adds: “I also thank my dad, Alexander Choachuy Sr., where I learned my leadership characteristics. I have not thanked him enough and now I have chance to thank him and my Mom.”
On the quest for healthy living, Alan is not finished. When he e-mailed me his schedule, I thought it was Noy Jopson’s Camsur 70.3 Training Regimen.

Alan’s daily routine: Early mornings, he runs and bikes for up to 2.5 hours. In the afternoon, he’s at Fitness First for another 2.5-hours of strength-training, metabolic, and core exercises. “I work out between 3-5 hours a day,” he said. “My journey has not ended and have no plans to stop. Plan to run half-marathon in Sept. and maybe a full marathon in 2012. Also, planning on going back to triathlon, and soon, the Ironman; it’s easier to lose weight if you are preparing for an event.”

A full-time architect who, together with his associate, Archt. Peter Bordador (a Cebu Hall of Famer in football), works to change our perspective of homes and buildings, it was his own life outlook that was changed by The Biggest Loser.

“Not only am I healthy now but it gave me a new perspective in life. I learned that it is never too late to make a change… that before you change others, you should look yourself in the mirror.”