Novak Djokovic has beaten Rafael Nadal four straight times. All, in the finals. And, during the last two times, on a surface that Rafa calls his territory: the clay-court. What’s happening? Where’s R & R? Are we seeing a new No. 1? 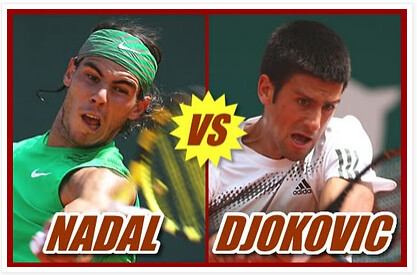 Since Djokovic won the Davis Cup for Serbia last December, he’s been tennis’ Michael Phelphs on the Olympic pool. Unbeatable. But, interestingly, he’s still world No. 2. This showdown between Rafa and Novak will culminate in the most enticing of venues: the French Open. Imagine a final between the Spaniard and the Serb, with the top-ranking as trophy?

“I’m amazed with way I’m playing,” said Djokovic. “I was able to perform maybe my best play on clay and I beat the number one in the world on clay.”

As to Rafa, he was asked if he was still the best on clay: “I was,” he said. “There is one player who is better than me, one who is winning everything but I am trying. I shall be working to improve my level but it is the truth, what he is doing is amazing.”

BULLS. With Boston out and Los Angeles embarrassed with an 0-4 demolition, the new Celtics-Lakers rivalry is called “Miami vs. Chicago.” Yesterday, with the 6-foot-8 LeBron James targeting to dwarf the 6-foot-3 Derrick Rose, it was the team of Michael Jordan that won. Today’s MVP beat yesterday’s MVP.

Bulls, 1. Heat, sub-zero. This should have been the NBA Final. This is the NBA Final. For the two protagonists at the opposite, Western hemisphere — Dallas and Oklahoma — are nobodies. At least, compared to the East side.

Chicago, with an MJ pedigree that includes the boast, “Barack Obama’s City,” and Miami, “The Cruise Capital of the World,” are the stars of the NBA playoffs. All eyeballs will be on both red-colored jerseys.

AZKALS. I just received an email from Wilma Entera of Ayala Center that the Azkals Football Team will be in Cebu for a mall tour on May 30. To the thousands who’ve longed to see the athletes who’ve achieved movie-star-like popularity, remember that date: two Mondays from now.

BRIAN. The owner of Rose Pharmacy and Pyroworks – and a commissioner of the Cebu City Sports Commission — I asked Brian Lim about last weekend. 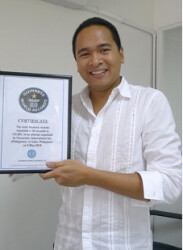 “The start of the 2nd Cebu Sports Fest was a blast,” he said. “We had more sports participating in this year’s opening weekend with skydivers opening the Sundown Run, softball/baseball, ultimate Frisbee, rock climbing…”

While only 10 sports were offered in 2010, this year has over 25. Explained Brian on the unique offerings at the SRP: “Kiteboarding with the PHL team, wake-boarding with Asia’s top pros, an airsoft military simulation unlike the traditional CQB (Close Quarter Battle), Stand Up Paddle, Duathlon, Sky Diving accuracy jump, Live Human Chess match, as well as Zumba, Yoga, Brazilian Jiu Jitsu demos.”

Long-term goal? “Through Cebu Fest, Cebu will become a top sports tourist destination known around the world for its great sporting atmosphere, accessibility with an international airport and a highly-urbanized setting with hospitable locals. Just like Sinulog which attracts millions of tourists, the economic impact of such an event outweighs the investment.

“Places like Boracay, Siargao and Camsur have some sports that attract a good influx of tourists. In Cebu Fest, we are hitting over 25 different stones in one time by attracting several groups. That’s more than double the amount of organizations participating and we’re only on our second year. What more in 3 to 5 years or if we have a stadium built in the very heart of Cebu?”

MOM. Mother’s Day was the other Sunday. So, this is a belated greeting. Only, it’s not. Today, May 17, is an important day. To Maria Elena “Allen” Zaldarriaga — the person who reared me in her womb, watched all my games as a child and was the noisiest cheerleader; the beautiful woman who was once — embarrassingly for me — mistaken as my wife because of her youthful looks; and one of the most passionate and expressive people that I know — Happy Birthday, Mom! 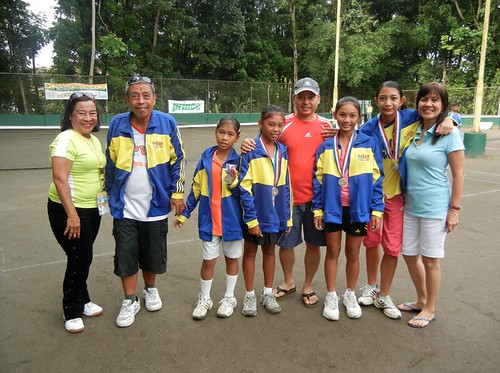