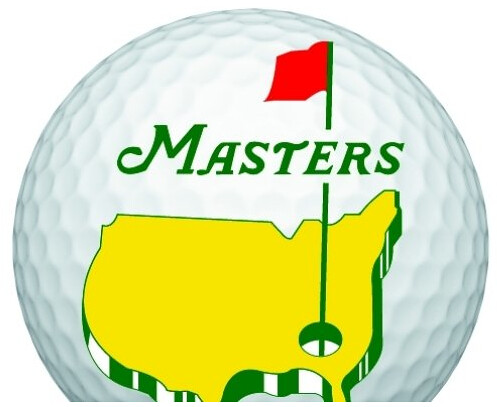 Of the four major championships of this sport that involves birdies, best balls, bogeys and bunkers, there is only one where the venue never changes. The three others — the U.S. Open, The Open (British) and the PGA Championship — change their tournament site each year. Not The Masters. Not the first major championship of the season that’s held at the Augusta National Golf Club every first full week of April.

“The first time I played the Masters,” said Chi-Chi Rodriguez, a Hall of Famer, “I was so nervous I drank a bottle of rum before I teed off. I shot the happiest 83 of my life.” That’s the type of bliss and exuberance that The Masters elicits. For no four days of golf is followed more than the one that begins today and ends on Sunday.

Maria Johnson, formerly “Bebot Pacaña” before she moved to the U.S. 35 years ago, is a friend of mine. A 4-handicapper, she lives in Georgia and had the opportunity to visit in 2009. “From the moment I stepped inside the gate of Augusta National, I was taken by the excitement and the beauty of it all,” she said. “I have watched the tournament on TV year after year but there is nothing like seeing it live. As it was, and as it always seems to be, Augusta National abounds in pristine surroundings, immaculate fairways and stunning botanical beauty. The sides of the fairways were filled with rows of Azaleas of various colors, pink and white dogwoods, century-old Magnolias, Holly and Oak trees. What a magnificent sight! From a distance, the greens shimmered like linoleum floors not yielding much even to the best putters in the world.”

To a child, a visit to this par-72, 7,435-yard golf course is like a trip to Disneyland. For tennis buffs like Stephen Lim and Ken Salimbangon, it’s la Sunday finale at Wimbledon. To Jesse Bernad, the World Series. To Montito Garcia, the new president of the Cebu Country Club, it’s a personal trip to The Masters — an act Montito was able to fulfill in 2003.

Upon the invitation of Mirant, the power company, Montito stayed the full four days. “The boss of Mirant was an avid golfer so he rented three houses in Augusta,” said Montito. “We had a chef and everything was complete. It was fantastic. The first three days, although it was “lapok” because of the rain, we watched. Finally, on Sunday, we played at East Lake, the home course of Bobby Jones. We played early morning then watched the final few holes when Mike Weir won. Augusta is hallowed ground. It’s beautiful.”

Luckily for us here in Cebu, we’ll witness this same beauty because The Masters will be shown on TV. Based on a quick research (www.espnstar.com), coverage on ESPN begins this 12 midnight but the live showing starts at 3 a.m. tomorrow. It’s expected to be aired until 7:30 a.m. Which means that we expect many, many golfers to rise very, very early starting tomorrow at dawn until Monday.

Back to the first-hand description of Mrs. Maria Johnson, she said: “The temperature was in the low 40s and the breeze made it feel even colder. The inclement weather did not bode well for me. It is but one of those forces of nature that is beyond control and cannot be made to go away. But the excitement of being there deterred my thoughts from the freezing wind and warmed me from inside out.

“Electricity filled the air at Augusta National that day. Roars and groans could be heard all over as players produced plenty of thrills. Patrons lined up around the tees and fairways to see and follow their favorites who, once they had teed off at the first hole, went about their business, hardly speaking except to their caddies.

“It was exciting to see my favorite players but as I walked through the ‘course,’ I realized that their presence was only the second or third most exciting thing that day. The fact of the matter is that just being at Augusta National was a dream come true, and my experience created a lifelong memory.”