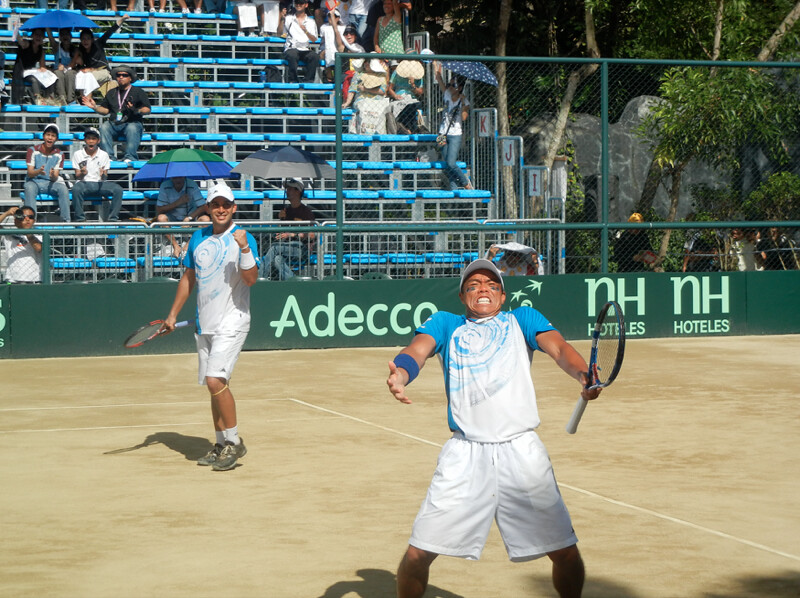 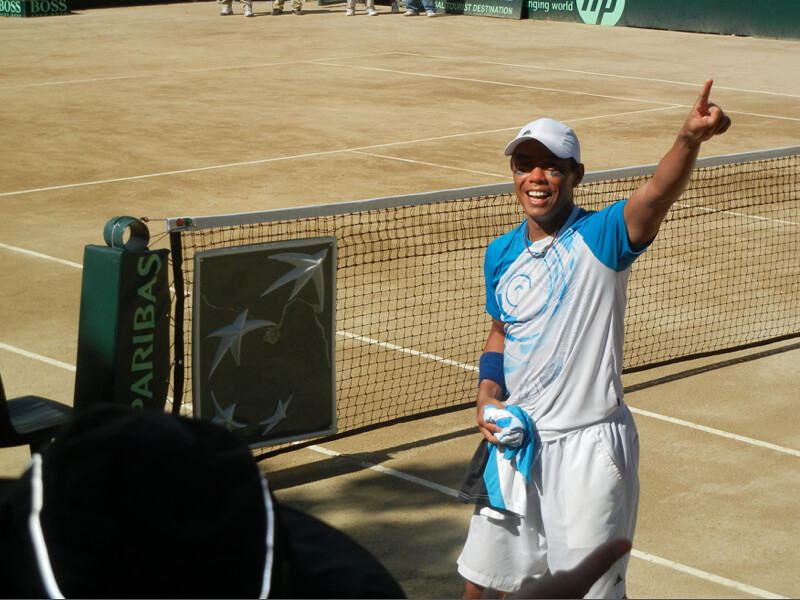 Summer is here! It started last Friday. While it’s been raining and drizzling the past month, the sun roasted Cebu starting two days ago. No clouds covered and no rain showered Lapu-Lapu City. Yes. This was what we hoped for. And we got it. With near-freezing temperatures in Tokyo today, we prayed for the sun to show its might in Davis Cup Cebu. It did.

Cecil Mamiit won last Friday. He should have. He nearly did. After trailing 2-5 in the fourth set, everybody expected Cecil to lose. But, given his resilient Filipino heart, he refused to quit. He won the fourth set in a tiebreaker. In the fifth set, he led 4-0. As we looked at Tatsumi Ito’s facial language, we knew it was over. It was 1-0, Advantage, Philippines. Yehey! we shouted. My seatmate, Meyrick “Jacs” Jacalan, at that point, told my wife Jasmin, “I’ll run naked on court if we lose!” Jacs lost the bet (but was stopped from fulfilling his promise by his wife, Perl!).

We lost. In the most thrilling battle I’ve seen on a tennis rectangle, we lost the match in the fourth… we won it at 4-love in the fifth… we lost it again… we won it… until finally…. The Japanese, near-faltering, would not quit. Thus ensued a battle. Cecil had four match points, Mr. Ito had three match points–it was a see-saw battle. In the end, after 5 hours and 40 minutes–the longest and best-ever match my eyes have witnessed–Japan triumphed.  They won again last Friday in the 2nd match when Go Soeda bested Johnny Arcilla. Two-zero, Japan.

Yesterday was different. In the only doubles match of the entire weekend, Treat Conrad Huey was mad. As the sun burned the spectators, he, too, was burning inside. He served left-handed aces. He hammered the ball so hard in one forehand it almost hit the opponent in the chest. 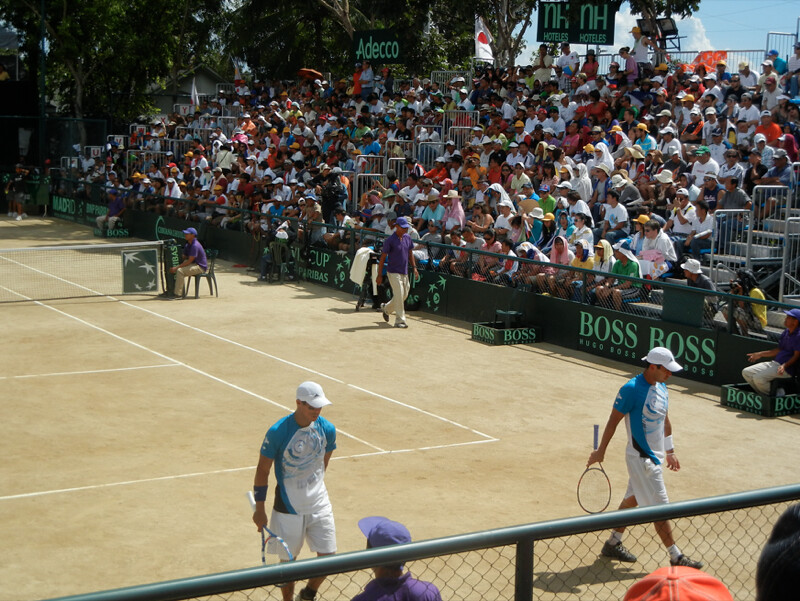 He didn’t want to lose. Not yesterday. Not on his debut match in the Visayas. Not in front of boisterous Cebuanos. He and Cecil Mamiit played flawless doubles tennis–subduing the visitors in three, easy sets. That straightforward game was important, especially for Cecil who– after Friday’s near-six-hour match plus yesterday’s doubles–will play the first reverse singles today.

Today, it’s Cecil Mamiit vs. Go Soeda, our No. 1 vs. their No. 1. Then, it’s No. 2 Tatsumi Ito against Treat Huey. Down 1-2 in this best-of-five series, we need to win today’s two singles matches to clinch victory and make today’s birthday celebrant—Lapu-Lapu City Councilor Harry Radaza–the happiest man in Mactan.

Can we do it? I talked to Cecil moments after yesterday’s doubles and there was vengeance and intensity in his eyes. Almost, he won last Friday. Last year at this same month, he lost to the same Japanese he’ll face this 10 a.m.: Go Soeda. There’s retribution. There’s unfinished business to settle.

Can he do it? Yes, the Filipino can.    I saw Cecil win the gold in the Southeast Asian Games in 2005. During that moment, he was up against the top-ranked Thai, Danai Udomchoke. The Davis Cup tournament also saw Cecil do it against Korea last year. Down 0-2 last September, nobody expected us to win. The Koreans celebrated on Friday evening. They shouldn’t have. We won on Saturday. And Sunday. We beat Korea, 3-2.

Cecil can do it. Huey can, too. If this happens this March 6, 2011, it will be the craziest and most fulfilling comeback–possibly in Philippine tennis history. 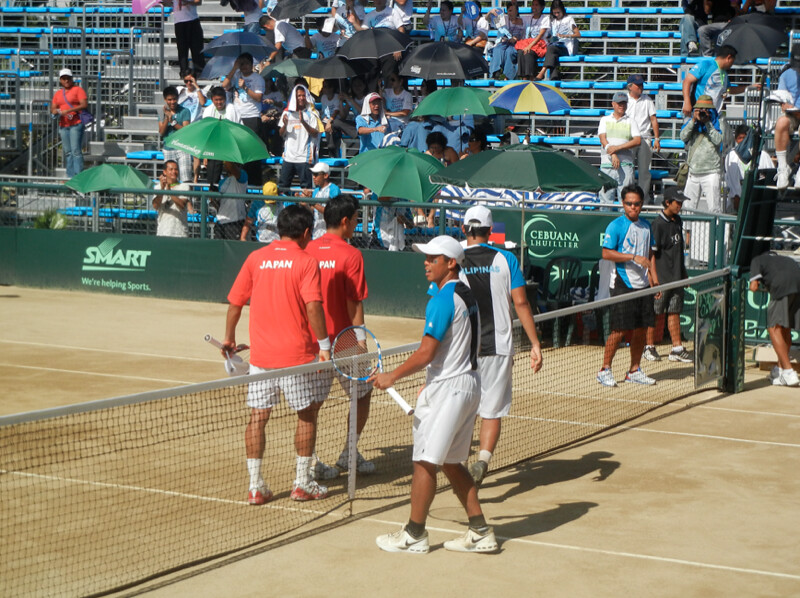 TICKETS. Can you still watch? Yes. The P500 tickets are available at the Plantation Bay entrance. To get to watch two singles matches for this price is a bargain. But, while reading this, you’ve got to leave for Lapu-Lapu City now. The first match begins 10 a.m. And you wouldn’t want to miss the fiery sun—and the fiery spirit of Cecil Mamiit. 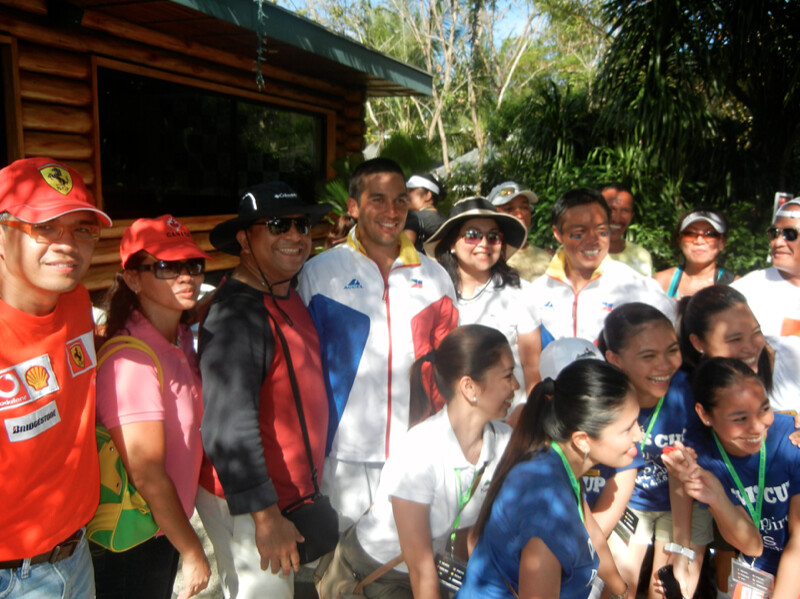