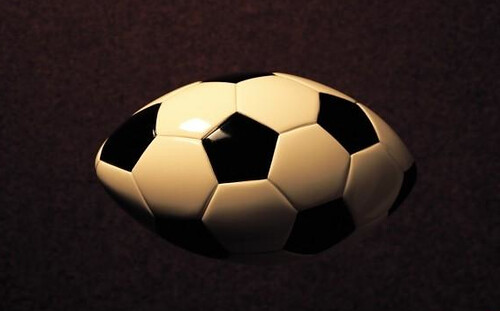 At the same Cowboys Stadium in Texas where Manny Pacquiao annihilated Antonio Margarito and Joshua Clottey, it was a national holiday yesterday.

The Super Bowl. For many of the 310 million Americans, no game or entertainment or party is bigger. That’s in America. Because here in Cebu, when I clicked open the TV set at 7:30 a.m. yesterday, nothing super was shown. A replay of the Australian Open mixed doubles final was broadcasted on Star Sports. It was the UEFA Champions League featuring Barcelona in the Balls Channel. Golf was presented in Solar Sports.

Nothing super. There was no American football. Too bad. The Super Bowl, for the past years and if my nearly 39-year-old brain still remembers correctly, has always been shown on cable TV. Not Super Bowl XLV. Not the Green Bay Packers versus the Pittsburgh Steelers.

It was one super ballgame, though. I followed it via the ESPN website and New York Times’ real-time blog. The GB Packers led by as much as 21-3. Surely, with that lopsided score, it’s a guaranteed win. But, no, the Steelers, led by Ben Roethlisberger–infamous for his sex-related charges–rallied in the second half to make the score, 21-17. Plus, sometime in the 4th quarter, they had ball possession. But a fumble by Rashard Mendenhall condemned their fate. In the end, with GB quarterback Aaron Rogers doing an Aa+ effort, it was the Packers who win the NFL crown, 31-25.

Of the multitude of sporting events I’ve watched live, American football remains one of the few I’d love to see with my bare eyes. NFL games are thrilling. You see passes, runs, tackles, interceptions, punts, blitzes. Plus there are a myriad of interesting terms like fumble, incomplete pass, kneel, red zone, safety, trick play. This sport presents so many scenarios. Would be a fascinating experience to watch it live.

Back to our no-show here in Cebu, sayang. I hope, the very least, replays are shown. Because, apart from the stirring finish, I’d like to watch the half-time show. The Black Eyed Peas performed with Usher. Same with Christina Aguilera, who sang the national anthem (and made a blunder–ala Christian Bautista—by singing the lyrics wrongly).

FOOTBALL. Speaking of another sport with a similar name, it was the Thirsty Football Cup last weekend at the Cebu City Sports Center. An estimated 2,500 players involving 243 teams participated.

This event started in 2004 when my younger brother Charlie teamed up with Neil Montesclaros, Chad Songalia and a few others from Don Bosco to introduce a quicker and more intense type of play: Festival Football.

Instead of the prolonged 90-minute games that involve only two teams and a giant-sized rectangle of a field, this idea was radical. Loud music blared. Five-year-olds kicked. And, if there’s a category for the young ones, there, too, was one for the once young: a 36-and-under division. After the whistle blew, only 15 minutes of play ensued. It was speedy and rapid-fire. And, since the field was tiny, players would propel their bodies faster, pass hurriedly, bolt and charge after opponents in a rush.

Last weekend was the same. Only bigger. (As Graeme Mackinnon, who arrived last Saturday from Australia, observed his former pupils from Springdale: “They’ve grown so tall after eight years I can hardly recognize them!”)

AZKALS. Inside the Abellana football grounds, all the talk, of course, was about this Thursday. Plenty are traveling to Bacolod. Mike Limpag and Noel Villaflor–our resident soccer experts on these back pages–are leaving this early morning. We also saw Dr. Joel Pascual. His son–Paolo Pascual (replace the “a” with an “i” and you get another superstar’s name)–is one of the goalies of Team Philippines. When we spoke last Saturday, Joel beamed with a full smile. He has reason to be proud of his son.

If not for a tight schedule here, it would be nice to sip batchoy at 21 Restaurant, gobble up the pitso and atay at Chicken House, and watch those “stray dogs” beat Mongolia.