When the NBA season began last Oct. 26, people crowned the Miami Heat the sure-ball champions. I was one of them. With the 1-2-3 combination dubbed the “Super Friends,” the trio of LeBron-Dwayne-Bosh was unbeatable. They’d surely trample and win gold over Kobe’s golden Lakers, make Boston green with Celtics envy, they’d clobber the 72-wins record of Michael Jordan and his Bulls.

We were dreaming. For this Dream Team, thus far, has become an Ordinary Team. Not extraordinary. The Miami Heat’s record this early December? It’s 10-8. That’s 10 wins with eight losses. Bad. And the worst part: out of those eight failures, seven were against teams with winning records. This means that, against “strong” teams, this Miami has a vice: it can’t win.

The problem? “Basketball is a team sport; Chemistry is key,” wrote Dennis ‘D Source’ Guillermo, a favorite of mine, in the Filipino Sports Examiner two days ago. “No matter how talented your players are in the court, there’s only one rock, and people need to play their roles to help the team achieve victory.”

Put simply, the question is this: How do you combine these individual talents to form one unbeatable super squadron? The solution: Pat Riley. He is one of the greatest basketball coaches of all time. He led the LA Lakers to four NBA titles. This was during the 1980s era of Magic, Kareem and J. Worthy. Then, in 2005, here’s what happened… Pat Riley was the president of the Miami Heat. Exactly five years ago this month, his team—under the coaching of Stan Van Gundy—was a disappointment. Their win-loss record: 11-10. Van Gundy resigned as head coach and in stepped Riley. Then, armed with Dwayne Wade and Shaquille O’Neal, the well-dressed coach turned Miami into the handsomest of men: they were the 2006 NBA champs.

The same scenario is happening today. In fact, the question in the minds of NBA experts today is not “if” Riley will become coach, but “when.” For diehard Filipinos like you and me, our sympathies go to Erik Spoelstra—whose mother hails from San Pablo, Laguna. But this Miami franchise doesn’t have a choice.

Pat Riley not only was the “Bob Arum of the NBA” who orchestrated the entry of The Three Kings, he’s the only one who can reenergize the Heat to victory. He’s the only coach—mano-a-mano—who has the intellect and experience to fight Phil Jackson when Miami meets L.A. in The Finals. 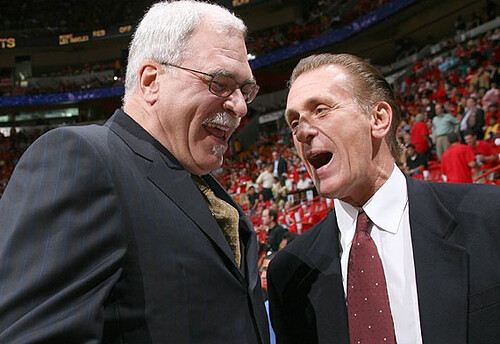 So… the sooner, the better. What’s great about Americans is how quickly they act. When a problem is faced, regardless of the hurts or short-term consequences, they “change a losing game.” They act. Fast. Let’s expect the same conclusion with Miami. Prolonging this agony will result in a disaster—especially for LeBron. Because while the NBA’s slogan is “Where Amazing Happens” and the Heat were supposed to amaze us, they did not. Mr. Riley will.

CLEVELAND. The game NBA fans have long-anticipated has arrived: The Heat versus the Cavaliers—tomorrow in Cleveland.

Will Ohio fans boo, jeer, mock and scorn LBJ? If we look back, hundreds of his Cleveland jerseys have been burned. The Cavs previous owner labeled him a traitor. He’s Public Enemy No.1 in the state where he grew up. Will all this castigating and lambasting continue tomorrow? Or, when fans see their former son, will they show comfort and compassion? We’ll see both. But more on the former. Placards with LEBACLE and GO HOME will be plenty. The wounds are still fresh; the betrayal, severe. 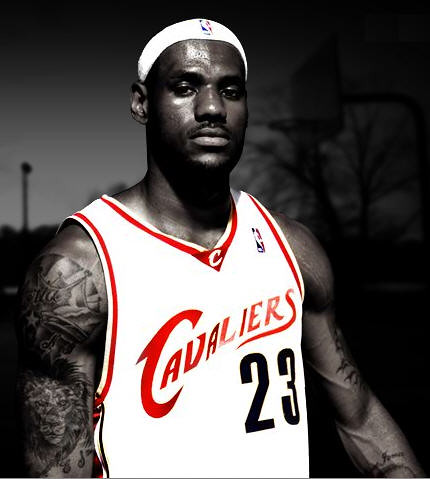