If it’s Bob Arum, the answer is Yes. The 78-year-old promoter who’s collaborated with Sugar Ray Leonard, Roberto Duran, Marvin Hagler and “The Greatest” himself, Muhammad Ali, said: “I look at Manny as being the best that I’ve ever seen, including Ali. Ali was a great fighter and had great, great attributes and it’s really unfair to compare a big guy like Ali with a little guy like Pacquiao. But when you look at the skill sets, Pacquiao is faster. Now you could say he is a little guy so he should be faster but Ali essentially had just the right hand. His left hand could jab and everything but it wasn’t power punching.”

What differentiates Pacman from the rest? “His left and right hand hit with equal power and that is what destroys his opponents,” said Arum. “They train to fight a left-handed guy and they watch out for his left hand but before they know it, they are getting pummeled by the right hand.”

Arum is correct. But he’s also biased. As MP’s publicist-negotiator-marketer rolled into one, he will trumpet his client’s achievements. 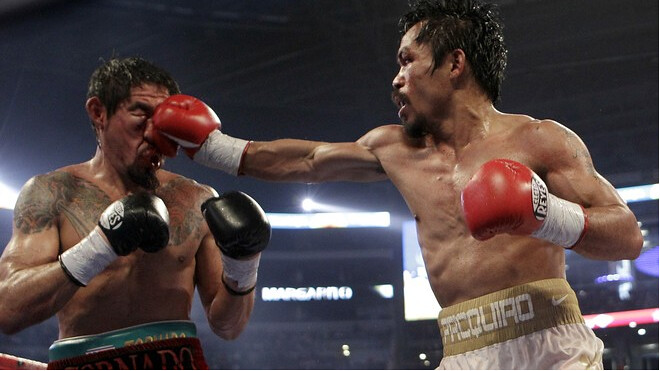 Michael Rosenthal of the “The Ring Blog” (www.ringtv.com) has a more objective analysis. Two days after MP’s victory, Rosenthal penned the article, “Let’s hold off on declaring Pacquiao the best ever.”

Don’t get carried away, Rosenthal explains. Sure, Pacquiao is a first-ballot Hall of Famer but to name him the best-ever? Not so fast…

“Let’s say we anoint Pacquiao the No. 1 fighter ever or place him in the Top 10,” said Rosenthal. “And then he loses a one-sided decision to Mayweather, which is a possibility if they ever meet. What do we say then? Oops?”

Valid point. Though we know Manny will beat Money, it is a worthy argument. “That’s why it might be best to call Pacquiao one of the better of all time and wait until his career is over before assessing him further,” added Rosenthal. 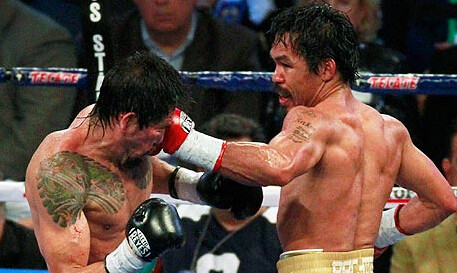 Here’s another opinion-maker: Bill Gallo. This guy’s a legend. At 87 years old, he’s seen more gloves than Mr. Arum. He’s also a legendary writer, having been inducted into the Intl. Boxing Hall of Fame.

“Just who is this guy, Manny Pacquiao?” asked Gallo in his piece, “In thorough beating of Antonio Margarito, Manny Pacquiao cements himself as one of best boxers ever.”

Gallo continues: “He’s every little guy’s hero in this world of bullies, because he has this habit of beating the hell out of bigger guys. That’s who he is…

“This is one hell of a fighter, the likes of which I haven’t seen since Willie Pep and Sugar Ray Robinson. Yes, those two whom I’ve always regarded as the best ever.”

Finally, Gallo concludes by saying, “I’m going to wind this up by asking myself this question: Okay, Mr. Boxing Man, are you telling me this Philippine Dynamo is the best you have ever seen?

“Yes, in a very long time. And he might just be the man who will eventually put boxing back in the upper deck of sports. Believe me, this kid who aspires to be big in Philippine politics, with his perpetual smile and special brand of punching ability, is indeed the goods.” 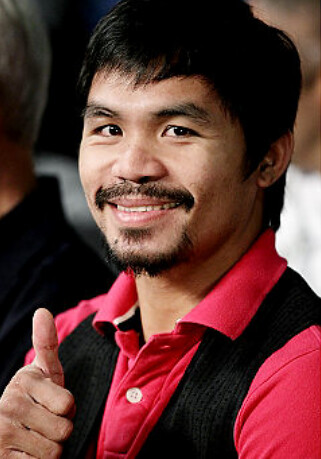 Next is the excellent critique by Kenneth Ragpala of Filipino Boxing Journal. In “Pacquiao’s spot in boxing’s history: A contemplation,” Ragpala writes, “How history will place Pacquiao in the annals of the sport remains totally subjective. He may be greater than the legendary names who have proven their worth. Or not. Maybe he is the best ever, who knows?  The truth, however, remains untainted. Pacquiao is definitely the best in his era.

“In the words of the highly respected boxing correspondent Scoop Malinowski, ‘it’s impossible to rank the great fighters. Impossible. You just have to pick a whole group and put them all in that utmost echelon.’

The conclusion? No doubt Manny belongs in the “Best Ever” debate. As to his ranking—No. 7? 3? or 1?—only the evaluator can assess. Because as Freddie Roach himself said, “It’s so hard to compare eras. We could argue all night long. Why not leave it at this: Manny Pacquiao is the best of his era.”

And the greatest when he KOs Floyd?