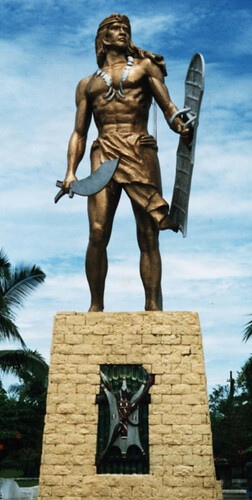 Last Thursday, I announced the rise of the HOOPS DOME. Brand-new, fully-air-conditioned with an electronic, NBA-like scoring console at the center, this basketball gymnasium located just 2.5 kms. from the foot of the old Mactan bridge seats 7,000.

Given the absence of a state-of-the-art coliseum in Cebu, this is remarkable. Plus, more than the Hoops Dome, the City of Lapu Lapu is targeting to build a new sprawling complex complete with a track oval, football field, and tennis courts.

Like Camarines Sur, the city hopes to replicate the sports tourism concept popularized by Camsur.

He’s Harry Radaza. Newly-elected as city councilor, Harry, 36, is the nephew of Rep. Arturo “Boy” Radaza. A sports devotee whom I’ve known since high school, Harry has plenty outlined for his city. 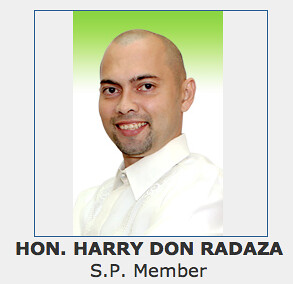 First, the Lapu-Lapu Olympics. “The idea is to have as many events and athletes representing their barangays,” said Harry. The games involved? Basketball, Volleyball, Badminton, Athletics, Aquatics, Darts, Table Tennis, Tennis, Cycling, Triathlon and Taekwondo. “Of course, there will be a grand opening and closing complete with the lighting of the Olympic flame,” he added.

“Athletes won’t play for money but for the pride of winning medals for their barangay (plus a ‘traveling trophy’ that will be kept by the champion). There will be a race for the barangay with the most medals, too. The project is still in its infancy and the logistics and cost are big hurdles but I am confident it can be done by April 2011.”

Grassroots. That’s another focus of Councilor Radaza. “Barangay-based sports clinics are something we are looking at,” he said. “Coaches will go to the barangays so athletes can save on public transportation. I have coordinated with the AFP at the Mactan Air Base and they are willing to lend their manpower and facilities as part of their outreach program.”

Boxing? Sure. “I am trying to get donors so we can build our own ring. The city can hire boxing trainers and those interested can train for FREE. All we ask is for the athletes to give back to the program. “And, I’m also looking for an ideal site where we can put up a Recreation Center for badminton, ping-pong, darts, billiards, and chess.”

Among the dozens of sports that Harry himself played, his most memorable stint was with Flag Football. This was in 2004. “Starting the sport from the ground up, in three years’ time Cebu teams beat Manila in the Nationals for three straight years,” he said. “The Sharks, which I was with, did it first for two years followed by The Rebels of Brian Lim.”

Recently, Harry joined this popular recreational sport. “I just recovered from ACL surgery and took up running. I am planning a Fun Run in Nov. in line with our fiesta. The goal will be to invite new participants and make them realize that exercise is good for the health. We will involve the city and barangay officials to set an example.” As for his most radical idea… 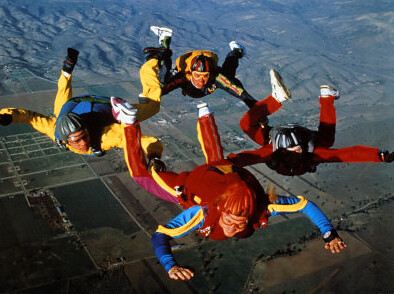 “I have been doing research and propose that the city hold an International Skydiving Competition (four-man tandem). This can be done over Olango island (because of the open spaces for drop zones)—yet still be visible from the Mactan coastline,” he said. “The only other Sky-diving competition outside of the western hemisphere is in Dubai. I’ve already spoken with officials from the U.S. and they’re excited. But this might still be years away. The budget is the challenge. Also, coordination with MCIAA and the ATO since flights will have to be given a new path.

“Other events I’m studying are a paramotor competition, open water wakeboarding competition and—to be held in Olango and traversing the other islands—Adventure racing.”

Thanks to Harry, Lapu Lapu will soon be known for more than just white-sand beaches. Let’s go beat Camsur!