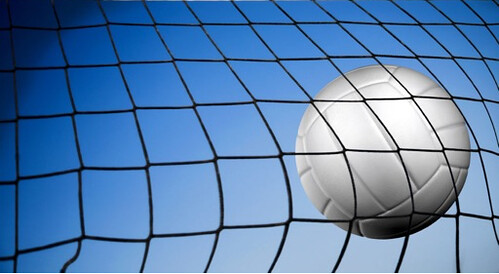 Thanks to our lady governor, Gwen Garcia, the sport of volleyball is no longer a game played between six against six. It’s now thousands—of setters, blockers, servers… all tossing and spiking that ball around the province of Cebu.

“This year is the biggest GUV Cup ever,” said Antonino “Jun” San Juan, Jr., the president of the Cebu Volleyball Association (CEVA). “We have 74 teams and, quoting former PSC Chairman Butch Ramirez two years ago, he said, ‘The Gov. Gwen Garcia Unity Volleyball Cup is the biggest volleyball tournament in the country.’”

Yes it is. With 34 teams among the men and 40 in the women’s division—multiply those figures by 14 players per squad—and you’ve got over a thousand athletes representing Cebu’s 42 municipalities and seven cities. That’s remarkable. That’s widespread.

Gener Dungo, the Philippine Volleyball Federation (PVF) Vice-President (and, by November, the PVF President), was impressed. During the Opening Ceremony of the 6th GUV Cup last Saturday at the Mandaue Sports Complex, he said: “During the congress, I heard a lot of success stories of volleyball in different countries. In some countries, their government gives full support for the volleyball events, but I didn’t expect that there is one province in the Philippines that religiously supports volleyball and that is the Province of Cebu. Having seen this big event, the PVF will document and report this to the Asian Volleyball Confederation (AVC) and Federation International De Volleyball (FIVB) so the worldwide volleyball community will recognize this kind of tournament.”

“Mr. Dungo announced,” added Jun San Juan, “that the Cebu province is now ‘The Volleyball Capital of the Philippines.’ It was indeed a big WOW-moment for us!!”

With a prize money of P100,000 to the GUV Cup champion and P20,000 to each of the six Cluster champions, this Sept.-to-Dec. tournament started by then-CEVA president Glenn Soco has vastly improved since its inception six years ago.

“When we started in 2005, we had participants who were ‘ahead in years.’ Some were municipal employees asked to join by their mayor just to have a team. But now, they’re getting younger and we have players as young as 11!” said Jun San Juan.

“I’m proud to say that the GUV Cup has paved the way for undiscovered athletes to be given the chance to show their capabilities. We have young players who started out in the GUV Cup and ended up with an offer for scholarship in big universities/colleges. It’s hitting two birds with one stone—their extraordinary talent has been discovered AND they are given the chance to attend college.”

Other improvements this 2010? “We made adjustments with the format and introduced city clusters last year. The municipal teams felt they they had a little chance against the city teams since they were much stronger. So we had City and Municipal Cluster GUV Cup Champion,” said San Juan.

“This year, we decided to go back to our original format and just have one GUV Cup Champ for the Women’s division and one for the Men’s. The reason is that, first of all, three of the cities (Naga, Bogo and Carcar) were reverted back to municipalities based on the Supreme Court. This year, we have allowed our participants to recruit two imports per team in order to level the playing field. We even have imports coming all the way from Manila.”

Finally, I asked the CEVA president about volleyball’s popularity today. How does it compare to years back? “The last time we produced exceptional volleyball talents was from the years 1978 to 1983 when six of the Women’s National Team were from Cebu,” he said. “They were the champs in the SEA Games. After that, volleyball became dormant. CEVA is grateful for Gov. Gwen who revived the popularity of the sport by actualizing GUV Cup. Now, we are getting back on our feet to put Cebu back on the map of celebrated volleyball players. We aim to produce athletes who not only will make it big here locally—but also in the national and international arena.”