Tennis player or not, this week and the next you’ve got to watch. Like boxing, it’s one on one. Like chess, no coaches are permitted. Like badminton, it’s just the net standing between you and your enemy. That’s tennis. And, beginning yesterday until next Sunday, every night on our TV screens (Balls channel for my SkyCable) it will be the 2010 United States Open. 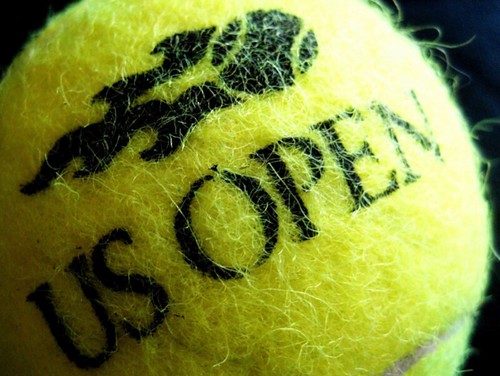 Of the four tennis Grand Slam events, the U.S. Open is the only one I’ve watched. Live. That moment was a long time back—11 Augusts ago—but it’s a memory that will forever be embedded in my brain’s Seagate hard drive.

The U.S. Tennis Open, like many things American, is boisterous, intense, screaming loud and, with 1.7 million dollars to the men’s and women’s singles champions, loaded with $$$. Unlike Paris where the court surface is red or at Wimbledon where it’s green grass or Down Under in Melbourne where the atmosphere is shirt-less-relaxed, at this Open it’s New York City—the most energetic metropolis on Planet Earth.

Why is tennis so attractive a sport? (I know plenty from Cebu, non-tennis-players, who watch all the majors without fail.) The reasons are plenty:

Tennis is easy to understand. Though the scoring, at first, is puzzling, it’s not as complicated as, say, the NFL or cricket.

Tennis celebrates both women and men. Think about this important point: How many sports glorify women and give them equal billing? Basketball? Football? Boxing? Baseball? Nah. In tennis, women are equals—in prize money, in scheduling, in most-everything. At times, as in the case of one Maria Sharapova, she’s more photographed than Ivo Karlovic.

Reason No. 3 why this game is loved: Tennis is individual. Single stars become superstars. Tennis is mano-a-mano; One vs. One. While most of the sports revolve around teams, in tennis (excluding doubles), it’s Serena vs. Venus, R & R, Clijsters against Henin, Borg-McEnroe, The Pete and Andre Show.

Like American Idol, one winner—not one team of 12—emerges as champion. Like the Academy Awards, there’s only one Best Actor—the same with this U.S. Open, only one Best Player will carry that metallic trophy on Sept. 12.

With this 2010 Open, the question is, will the American Idol be from Denmark named Caroline Wozniacki? I know, I know… Caroline who? She’s the top-seed? Yes. An admission: When I saw the seedings report and read her name atop the list, I was astounded. Where’s Serena? And Kim? V-Williams? Well, it turns out either they’re injured or are not as good (Wozniacki won 14 of her last 15 matches.)

Among the men… Will Andy Murray finally win one for Great Britain? Two weeks ago, he beat Roger F. in the event name for the Swiss—Rogers Cup. I won’t be surprised if the 6-foot-3 Scot wins in NYC.

Rafael Nadal? Though he’s performed subpar the past month (losing to Baghdatis), let’s not forget this fact: RN won the last two Grand Slam titles. Plus, he’s hungry for a New York cheeseburger. Already owning eight Majors, the only Big One he hasn’t digested is the Big Apple. But, perplexing to many because he’s won both on the slowest of surfaces (clay) and the fastest (Wimbledon), we ask why he can’t win more at the medium-paced hard-court. To which I reply: because the hard-court, as its first name explains, is hard. By “hard,” meaning the surface is rocklike and stiff—the worst type for Rafa’s 24-year-old knees.

How about the GOAT? Can the man universally-acknowledged as the “Greatest Of All Time” win his sixth Open? Based on statistics, the answer is more than “Yes;” it’s “How-Dare-You-Pick-Anybody-Else-But-Roger.” For, if we study history, not only has this father of twins won five of the last six NYC trophies, but Federer’s triumphed in 41 of his last 42 matches there.

Which brings me to the asterisk attached to Roger’s resume: his record against Rafa. It’s 14-7 in favor of the Spaniard. Nadal has won six of their last seven sword-fights and their past three Grand Slam finals. Which makes their final showdown a perfect “New York, New York” ending, right?