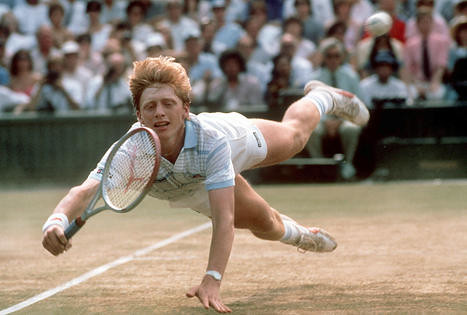 Nadal, who owns eight Grand Slam crowns at only 24 years young, is the King of Clay, the Prince of Grass, the world’s No. 1… And that’s why I detest his game.

On clay, yes, his all-spin, lefty, walloping groundstrokes which pain opponents to labor left, slave to the right, toil forward, excruciate moving back, is unmatched. His topspin is relentless, his doggedness pulverizes the hapless enemy salivating across the net, his strength of brain guarantees $1,000,000.

But I don’t like his style. Not on grass. You know why? I miss Stefan Edberg. I miss Martina Navratilova. I miss that German wunderkind who dove, bruised his knees, and smashed his way to Wimbledon glory as a 17-year-old qualifier. I miss Henman, Rafter, and the lady whom I named my daughter after, Jana Novotna. I miss Goran’s first serve, Goran’s second serve, Goran’s double fault.

This isn’t Rafa’s fault. It’s nobody’s. But I miss the type of game called Serve And Volley. As the S and the V imply, this style means to blast a 128-mph service bomb down the T, dash to the net like Usain, catch the ball before it dips, and knock off that McEnroe-like volley.

In the 1980s and 1990s, “Wimbledon” and “serve-and-volley” were twins. Synonyms. In fact, players who stayed at the baseline were disallowed from winning London. It was the law! Thus, when you scan the list of champions from 1981 through 2001, everybody—except Connors and Agassi—served-and-volleyed: McEnroe, Becker, Cash, Edberg, Stich, Krajicek, Goran and a seven-time winner named Pete. 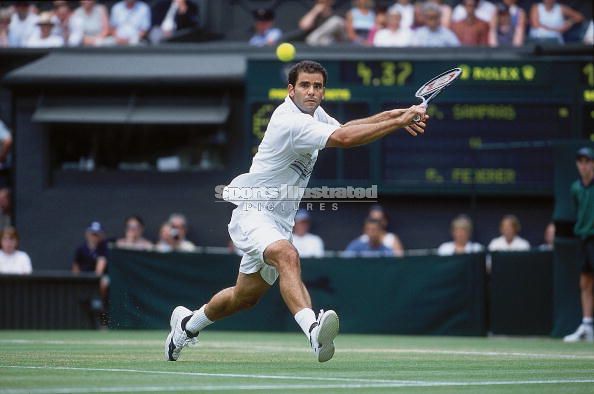 This was then. When the music of Tears For Fears and AHA played on Y101. Now, grass tennis has turned gaga… Lady Gaga. What happened?

“The courts are getting a bit slower, the balls are getting a bit slower, that’s something I don’t like as a spectator and as a former player,” said Michael Stich, the 1991 Wimbledon winner. “What is happening on court is more predictable and less exciting. In those matches we played in my time, Boris against Stefan, me against Pete, there was a lot of serve-and-volley, obviously a lot of aces, and people loved it.

“When Goran hit his 35th ace in a match people were screaming, and when Agassi managed to get a return back it was, like, wow. Now the serve is more often just being used to get the ball into play. For me, that’s clay-court tennis, not typical grass-court tennis, and I find that sad.”

Me, too. Gone were the days when Becker dove like a German goalie, when Rafter spun his kick second serve to attack, when Sampras served four aces bang-bang-bang-bang, when Agassi rifled a passing shot, when drop volleys and half volleys were exquisite. Today, players serve to start the point. Before, they served to end a point.

The questions are why and how? Is it the a) slower grass? b) hi-tech Babolat and Wilson rackets? c) Western-grip topspin shots that twirl the ball like the Jabulani? d) rise of the two-handed backhands?

All of the above. But here’s another query: If somebody possessed the 142-mph serve of an Andy Roddick and the volleying prowess of a Pete Sampras, would that American be able to supplant Roger and Rafa?

On grass, I believe so. The sad part is, none of today’s ATP players are willing to venture forward. (Funny: In the ‘80s/90s, the grass near the service box looked just as brown and denuded as the baseline area; today, they’re as green as the Pebble Beach putting area.)

Wimbledon today is not as acrobatic and stylish, offering contrasting styles. Today’s green grass is just like the blue cement of New York and Melbourne, the red clay of Paris.

My point? This column’s Match Point? To challenge R & R, who’ve won the last eight titles and renamed Wimbledon as The House of Roger and Rafa, let’s wish for a Boris or Pete.