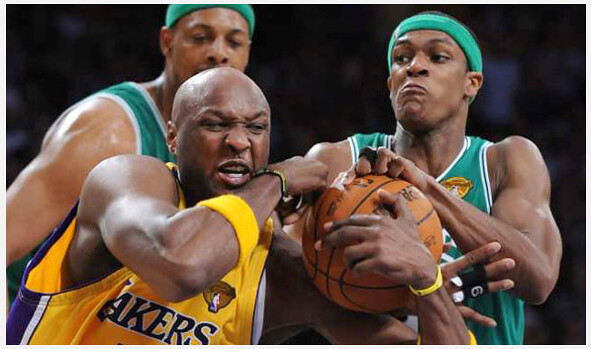 I wish tomorrow were a holiday. I wish last Monday’s Independence Day no-work schedule was moved to Friday. That way we can all watch this contest between two of the most significant brands in sport, Lakers and Celtics. Yup. From a best-of-seven series, it’s down to a best-of-one. Who’s the best one?

Here’s my prediction: The team with the most energy wins. We saw that yesterday. Right after the jump ball, the LA boys, buoyed by fellow Californians, rebounded, hustled, fist-pumped. The electricity of the Staples Center audience electrified their muscles. Kobe Bryant, the undisputed playoff MVP, scored 11 of his team’s first 21 points. He sizzled as hot as the Kobe Beef in Japan. No wonder the whole night the crowd chanted “M-V-P!”

The Celtics? They’re the Most Vilified People in Hollywood. Worse, their spirits were left in Boston yesterday. They were slow-footed as LA was sure-footed, they missed shots (Wallace, Williams and Davis scored zero points) as LA out-rebounded them 52-39, they were embarrassed inside the arena that houses 15 banners. Will it be 16 championships for the Lakers?

The odds are, Yes. Sixteen times the NBA Finals have culminated in a Game 7 and 13 of those were won by the home squad. Win or lose for BC or LAL, the sure winners are the hundreds of millions of fanatics—that’s us—who’ve been treated to ballgame spectacles this week involving the hands (NBA) and the feet (World Cup). “This is definitely a special treat for the NBA,” said Boston’s Ray Allen. “We’re going to Game 7, and this is The Finals, and it’s the Celtics and Lakers.”

Allen, who, like this seesaw series, has been hot-cold, cold-hot (he made eight three-point shots in Game 3 before missing 21 straight in Games 4 and 5), is right. Tomorrow’s finale is like an American Idol final where, after a season-long wait and dozens of cities visited, we’ll be treated to The Finale. It’s like Tiger vs. Phil tied going into the final day at the US Open in Pebble Beach. It’s RF vs. RN in the Wimbledon final next Sunday. It’s Money against Manny come November. It’s a best-scenario ending (well, OK, next to a Game 7 by LeBron vs. Kobe) that can only be rivaled if Spain meets Brazil in South Africa this July 11. 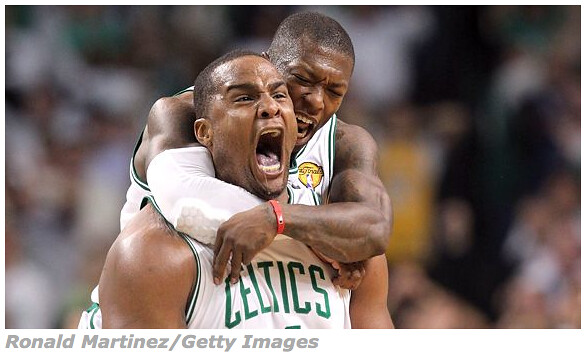 How important is the Staples Center for LA in Game 7? HUGE. A total of 11 playoff games Pau Gasol and his gang have played and they’ve won 10. That’s a 90% winning clip. But Boston has to feel upbeat, as I’m sure coach Doc Rivers will remind them. After succumbing to an NBA Final Game 1 loss, they rebounded to win Game 2. Mentally, this tells their internal circuitry: We can do it.

Again, I go back to the E word: Energy. Who has it more—who’s more Excited and Emphatic—triumphs. “Our energy went down a little,” said Rajon Rondo of their Game 6 effort. “We just came out and didn’t have it.”

Maybe it’s the crowd (can you imagine if the Los Angeles fans brought vuvuzelas for Game 7?). Maybe it’s the threat of losing, like they did in 2008 to the same faces, that sparked those plugs inside Derek Fisher and Lamar Odom. Maybe it’s just the you-win-now, I-win-next yo-yo effect that happens when two past champions collide. It’s even. Now, at 3-3, it’s even. Tomorrow, the final odd number, one team will cry, another will rejoice. 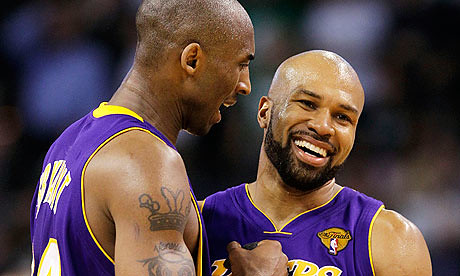 For with Kobe, his philosophy is simple: 48 minutes left this season then I get my fifth ring, one for each finger. I call him The Ring Bearer. This draws him one closer to The Air King, Michael J., and five more than The Supposed-to-be King, LeBron J., who has zero.

My pick, green or yellow? Expect the same winning color as May 10.