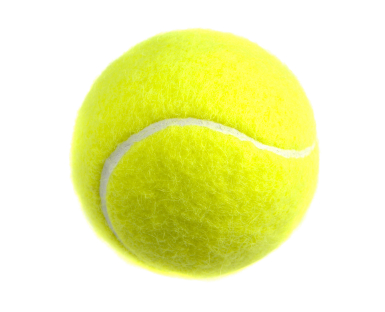 Johnny Arcilla is in Cebu. He’s the No.1 tennis player of our nation’s 7,107 islands. PJ Tierro, the No. 2 player and Johnny’s nemesis, is 6-foot-1 tall. He’s also in town. The duo are joined by several others from Manila, all holding either Babolat or Wilson or Prince or Head racquets, all swinging volleys, firing aces, spinning backhands. They’re here for the Mayor Jonas Cortes Men’s Open tournament which started yesterday and continues until Sunday at the Mandaue Tennis Complex (beside the Sports Complex).

It’s Wimbledon in Cebu. For this is a major. Rarely do we witness top-class tennis action and so, if you’re a fan of Roger or Rafa or Roddick, watch the closest international-caliber games you can at the Mandaue Reclamation.

Thanks to Atty. Lito Pascual (a huge tennis buff who plays each morning and is the city’s top sports official), Jun Saberon (the organizer) and, of course, Mayor Jonas Cortes, for this French Open-like event (both have similar clay-court surfaces). A big Congratulations-In-Advance also goes to Jess Lagman, the father of Jacob (one of RP’s top junior netters), who is the Regional Vice-President of the Philippine Tennis Association (Philta) in Cebu.

Games start 8 in the morning and last until the early evening. Please drop-by and watch. That’s today until Sunday.

LHUILLIER. Next month, from May 23 to 30, another huge spectacle will tennis-smash Cebu. It’s the 3rd Cebuana Lhuillier Men’s Open and expect Johnny and PJ plus even more of RP’s best to participate. This event will be, like it’s been the past two years, at the Baseline Recreation Center’s twin courts.

What’s new about the Lhuillier Games are the club-level, age-category events that will transpire before the Men’s Open. There will be categories for the 35-, 40-, and 45-years-and-older. This, I’m sure, will excite Cebuano players. Watch for this and join!

AGE-GROUP. Apart from these twin Professional Men’s events, there are at least six consecutive junior tournaments this summer in Cebu.

The Head-Smart Age Group event kicked it off in Lapu-Lapu City last week. This was followed by another Head-Smart netfest at the Cebu Country Club. These will be followed, starting today, by the Palawan Pawnshop Junior event, the Prince Age-Group, the 15th Gullas Cup and the Milo Tennis Eliminations. Six contests, one-after-the-other.