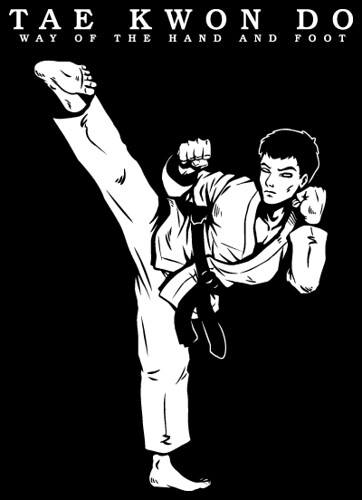 An Olympic sport since 2000, taekwondo is the world’s most popular martial art in terms of the number of practitioners. Here in Cebu, it is just as celebrated.

Kenneth Toledo, who has a 4th Dan Black Belt, is one of the prominent instructors in Cebu. Starting at the age of nine, he has kicked, sparred and punched for 26 years now, many of those sessions in New Jersey, where he became the U.S. Bantamweight champion in the Big East (Philadelphia, New Jersey, New York and Connecticut) from 2001 to 2003.

“I encourage children to go into Taekwondo because it’s fun,” said Kenneth. “Children also learn self-defense. Plus, it’s good exercise since most of the kids now are spending much time playing computer games. By enrolling them in taekwondo, they will balance their activities from just sitting down for hours facing the computer to jumping into an active sport.

“One of the advantages of Taekwondo is that you can learn this sport at a young age (even four yrs. old). It is one of the safest of Martial Arts. Taekwondo is clean and safe because we have specific rules in competition which focuses on the safety of every competitor. You can see five-year-olds having fun and not getting hurt at all. In other martial arts, you don’t see young kids in competition due to the rough type of arts they’re performing.”

Discipline. Yes, that’s one of the teachings of the sport. “I always emphasize discipline during my orientation and remind them that I’m not teaching them Taekwondo to bully other people or use it in a bad way,” said Kenn. “They must have self control all the time. I’m also imparting the Tenets of Taekwondo: Self Confidence, Modesty, Indomitable Spirit, Perseverance and Etiquette.”

Kenneth, who’s also into running (he finished the 42K Hong Kong Marathon last February), wants to help train the youth because that’s how he started.

“Taekwondo here in Cebu started in 1982, during that time my dad Julius Toledo was one of the pioneer students,” he said. “Every time he went to training, I would always tag along. After two years of watching from the sidelines, I enrolled on April 2, 1984 at the age of 9. Since then I’ve loved the sport and trained hard that one day I’ll make it to the National Team.

“In August 1, 1987, I got my 1st dan black belt. The week after, I joined my first tournament: the 9th National Taekwondo Championships in Manila. I was in the grade school division and made an impressive debut, winning all four matches to emerge as the Best Player. It was then that my dream of making it to the National Team came true when GrandMaster Sung Chon Hong (Head of Philippine Taekwondo) offered me a slot to be me a member of the first ever Grade School National Team.”

This summer, Kenn has various offerings. “Not everyone who enrolls in Taekwondo aims to compete or become an elite athlete,” he said. “Some kids enroll for fun, for self-defense, for exercise. With these reasons, I employ different approaches. I want people to know that Taekwondo is a sport for everybody, not only for kids. Adults even 50 yrs. old can enroll in Taekwondo.