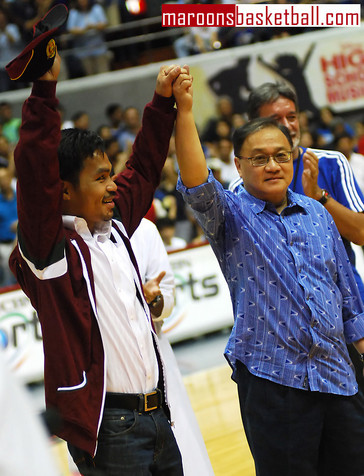 Manny V. Pangilinan is MVP. He’s the Most Valuable Pinoy. For few people, in business, in sports, in philanthropy, have done more for our nation than MVP.

Yet, for all the man’s successes, he is fallible. MVP made a mistake. A shameful and embarrassing one when, last March 27, he delivered the commencement address at the Ateneo.

MVP’s bungle? He plagiarized. Quoting paragraphs from Oprah Winfrey, Barack Obama, J.K. Rowling and Conan O’Brien, he failed to acknowledge the authors. Days after, Facebook users exposed the flaw and MVP resigned as chairman of the board of Ateneo.

Ouch. Has MVP become the Most Vilified Person? Has my admiration for him diminished? No, no. For here’s what MVP did: He acted. As soon as he uncovered the fault, he apologized. He quit as ADMU chairman. How many of our leader-politicians, I ask, given the same circumstances, are willing to resign? When humiliated, when mistaken, when the verdict is obvious that a blunder was made—how many of our leaders are willing to say sorry?

Few. That’s because many are “bagang-nawong.” Not MVP. He displayed a trait we often heard during sermons last week: Humility.

“He is truly a man of principles, dignity, integrity and humility… a true MVP,” wrote Me-anne Alcordo Solomon, in Facebook. “What happened could happen to anyone of his stature where considering his busy schedule, had the speech made by a ghostwriter and yet MVP takes full responsibility. In my book, MVP will always be the MVP and the incident doesn’t diminish my respect for him. I was doubly blessed that day seeing my son among the graduates and hearing MVP speak. He spoke true to his last words ‘that like the tadpole, he dropped his tail and jumped out of the swamp.’”

My hope? Not that the Ateneo board will decline his resignation—for MVP himself, I’m sure, given the embarrassment, will insist on being “out.” My hope is that all of us, from ordinary folks to top executives, will learn from MVP’s behavior.

He did not hide. He did not delay. He did not rationalize. He did not even lay the blame on his speechwriter (whom I can only describe as… tanga). Like a true leader who knows “command responsibility,” he accepted his fault and said sorry.

The speech itself? Even deleting the “copy-pasted” words, it was funny and insightful. The most important lesson of the 1,892-worded speech—ironically—was on failure.

“On this wonderful day when you stand on the threshold of what is called real life, it is – ironically – the best time to talk about failure,” he said. “Nobody‘s life is seamless or smooth. We all stumble. We all have setbacks. If things go wrong, you hit a dead end – as you will, many times in your life – it‘s just life‘s way of saying – time to change course. Now I cannot tell you that failure is fun. Periods of failure in my life were dark ones. I’ve had a lot of success. But I’ve had a lot of failures. I’ve looked good. I’ve looked bad. I’ve been praised and criticized. And it hurt like hell. But my mistakes have been necessary. I had no idea how far the tunnel of failure extended. And any light at the end of it seemed more hope than reality…

“The knowledge that you have emerged wiser and stronger from setbacks means that you can be secure in your ability to survive. You will never truly know yourself, or the strength of your relationships, until both have been tested by adversity. And so rock bottom became the solid foundation on which I rebuilt my life, my career and, most importantly, my moral values. So graduates, always remember this – success is never final. Failure is never fatal. It is courage that counts.”

Sports? “Don’t forget that you have a body under your toga,” he said. “Take good care of it. Engage in sports. It‘s fun, and it is a laboratory for victory and adversity. How an athlete celebrates his triumphs, or overcomes defeat or injury, how he deals with a hostile crowd or a critical media, reflects what life is all about. Indeed, sports offers a richness all its own – it is a metaphor for life.”