Andrew Ching is the past president of our Rotary Club of Cebu West. For years now, I see him each Tuesday night during our meeting. A few weeks back, Andrew told me that his daughter, Sarah Monique, is studying in Dallas and hopes to watch the Pacquiao-Clottey fight. After an exchange of emails, here’s the first-hand account of Sarah, who graduated valedictorian at CIE last year and is now on a full scholarship with the University of Texas pursuing a double major in Economics and Finance. She calls her story, The PacMan Experience. 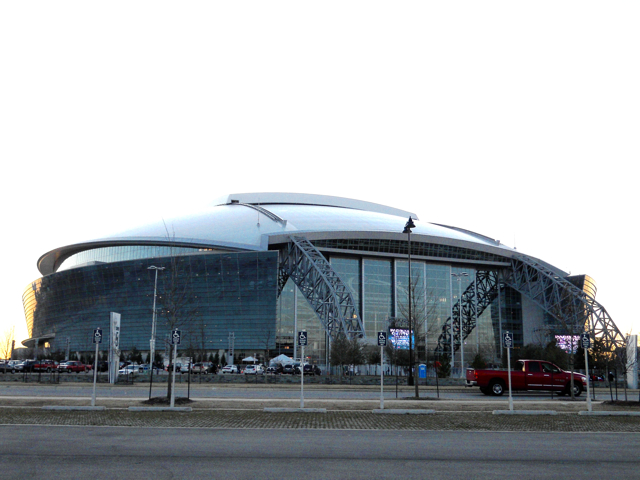 Since January 11, my dad has been telling me to buy tickets for The Event. My reply: “Samok. Who cares?” After a month of nagging, I finally relented and looked for tickets online. Prices had skyrocketed since the release! Floor seats were selling for $4,000 at some websites. The official seller, ticketmaster.com, was still cheaper selling at the base price. All the $50 seats had sold out. I ended up buying the $200 ticket. Oh yeah, parking cost $50. Not to mention the “convenience fees” thrown in the mix. Basketball I can understand, but boxing?

I wasn’t the least bit excited. I’ve never watched Pacquiao fight, live or on TV. Nope, not even on replay. The extent of my boxing knowledge was watching dad play Fight Night 3 on PS3. Fight week rolled around and my dad told me to go watch the open workout. I heard Pacquiao flew into Dallas in style: a chartered plane with 160 people. This piqued my interest, so I looked up the pre-fight events. It was March 8, and the workout was going to be the next day at the Gaylord Texan Resort. I debated for hours with myself. Should I go? Probably just a waste of time.

Tuesday morning came and I still hadn’t decided whether to go or not. The hotel was an hour away, about 20 miles. Plus, at around noontime traffic would be denser. As I sat in calc class listening to my professor go on and on about multivariate calculus, I thought about how excited my dad was. Of all the places, they picked Dallas. This was a chance I’m never going to get again. I decided right there and then that I would go, no matter what.

VROOM VROOM. I got out of class, jumped into my car, and drove 20 miles expertly weaving (yeah right) through traffic to get there in time. I felt like I was in a Hollywood high-speed car chase. I got there in time only to spend 15 minutes looking for a parking space. At the entrance, an attendant saw my harried face and asked, with a smile, “Pacquiao?” I nodded. He gave me directions that went something like this, “take the first right, go straight, turn left… blah, blah, blah… see a hallway with a lot of people.” Thank you sir. I followed the noise and found a very long hallway and a very long line. I was at the very end of a line of more than 1,000 people. Could I get in? I’ll never get good pictures. Will I even get to see him? I should’ve just stayed in school.

The doors opened and the mob rushed in. I was stuck in the back, and the fact that I’m short wasn’t helping. Somehow, I managed to squeeze myself into the very front. Perfect view! The makeshift gym was buzzing with excitement as the rowdy crowd awaited Manny Pacquiao. The media people were just as excited to be there. Among the reporters were Dyan Castillejo of ABS-CBN and Chino Trinidad of GMA.

Pacquiao, accompanied by a throng of his people, finally entered the gym and was greeted by the cheering crowd. In the ring with Pac Man doing promotions were Jerry Jones, Bob Arum, and Michael Irvin, who playfully put his fist on the fighter’s jaw. While Manny was getting ready to work out, Jerry Jones came over to the crowd. People clamored for photos and autographs from the owner of the $1.2 billion Cowboys Stadium.

It was a long, good wait before the music started pumping and Manny started shadow boxing. Pacquiao showed off to the 1,000-plus fans present by firing his weapons of mass destruction at an invisible opponent. Poor invisible guy. Pac Man donned his green Everlast gloves and Freddie Roach entered the ring in full gear. Roach wore a Wild Card Gym body protector and hand pads. Pacquiao started out lightly. He progressively hit harder and faster. His fists pounded Roach mercilessly, and I found myself fearing for his life. So precise was his aim though, both at head and body, that I would feel safe if it was me up there. Of course, a fight would be a different story.

After about an hour thirty of sweating and slamming punch after punch into his trainer, he called it a day. He took a break to change before talking to the media. The fans (me included) hopefully waited for Pacquiao to come over and grace us with the charming Pacquiao smile.

He did. Fans pummeled each other just to get a good close look at The People’s Champ. When he started signing autographs, oh my… I’ve got the bruises to prove it. Unfortunately, when he stopped at me, I didn’t bring anything for him to sign. To top it off, people behind were clawing at whatever obstacle stood in between them and Pacquiao. Being short really sucks. So he stopped in front of me and then it was over and his bodyguards whisked him away. That’s OK though, since I caught his famous smile. 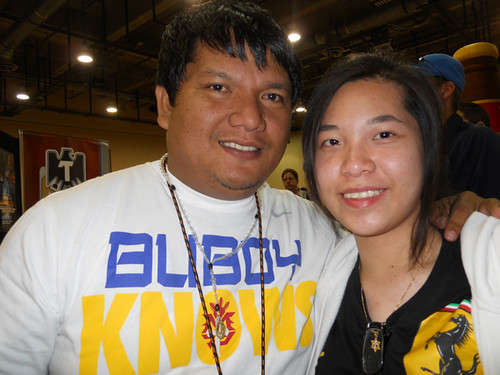 Pacquiao stunned even a boxing ignoramus like me with his lightning-fast hand speed and powerful punches, and most especially his disarming, almost goofy smile. If he was a beast in the media workout, what’ll he be on fight night?

I couldn’t wait to go to the weigh-in on Friday. The Cowboys Stadium was about an hour away and the official weigh-in would last for about 15 minutes. But hey, I wanted to show my support. For the next two days I slaved over the perfect signboard. Come Friday, I finished up and drove. I expected to get there 2 hours early to avoid the crowd like last time. Well, to make a long getting-lost adventure story short, I got there barely an hour before the weigh-in.

It wasn’t difficult locating the Cowboys Stadium. A magnificent domed building gleamed in the rays of the setting sun, beckoning to me. I found my way to the stage and was greeted by the sight of a huge crowd waiting to see Pacquiao on the scale. I guess I wasn’t early enough. The weigh-in was outside East Plaza, so I wouldn’t be able to see the inside just yet. And then suddenly the wall split open and revealed the inside! That just freaked me out. We could see part of the interior and it was huge!

Present were Robert Duvall, Darren Woodson, Marco Antonio Barrera, and our very own Gerry Peñalosa, among others. Michael Buffer’s voice boomed over the speakers. The crowd waited in anticipation for the Pacquiao and Clottey to step onto the scales. 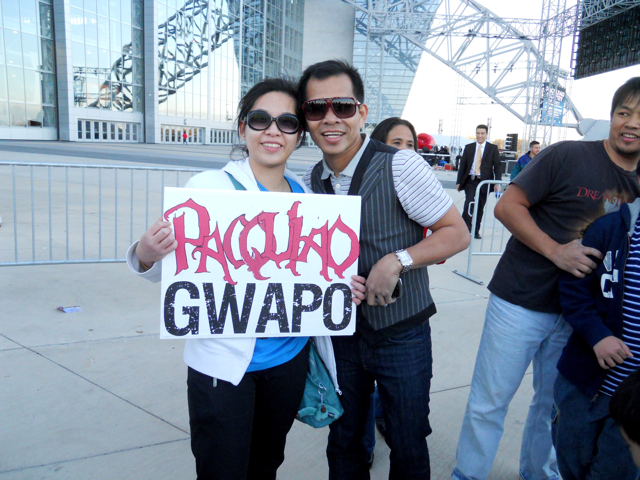 Clottey was introduced but only got a few cheers; even then, a group of Filipinos said they only cheered for him because they felt sorry (I have this on tape). Pacquiao, however, got on stage and the crowd erupted. I waved my sign high and we all chanted, “Man-ny, Man-ny, Man-ny!”

Clottey weighed in at exactly 147 pounds and Pacquiao at 145 ¾ pounds. Clottey was also significantly taller. It seemed like he was more powerful. He even looked meaner. The face-off lasted a few seconds; a smile broke out on PacMan’s face and the two fighters burst into laughter. I’ve never seen Pacquiao fight, much less a weigh-in so I was surprised at how down-to-earth he was. It felt so natural to connect with him; so great and yet so humble. No wonder he’s hailed as the national hero.