Something unusual happened last Thursday. A scene, as described by Mike Limpag, my sports editor, like the ones we watch in Hollywood movies. Only this was better for it wasn’t a reel story… but a real story. It was unscripted, dramatic, spontaneous.

It’s about one man who wasn’t supposed to survive, a knock-out artist who was knocked unconscious last Nov. 13, a patient whose trauma was so severe he incurred hospital bills totaling P25,000,000, a boxer destined to be world champion but instead turned into a champion of life.

Z Gorres, around 9 p.m. three nights ago, stunned the 200 people inside the ballroom of the Casino Español. When his name was called by Rico Navarro, the emcee, as the Presidential Awardee of the 28th Cebu Sports Awards, Z moved. Not to roll the wheels of his wheelchair forward.

He stood up. Everybody gasped. Pushing himself up from his wheelchair and aided by the loving arm of his wife, Datches, he stepped forward. One foot in front of another, his legs quivered. The athlete/awardees cheered like they were spectators. Everybody had goosebumps. We snapped photos. Sabah Fadai, the mixed martial arts champion, cried. Some of the toughest of athletes’ eyes swelled with tears.

“In the 21 years that I have been part of the event,” wrote Nimrod Quiñones, The Freeman’s managing editor. “I’ve never been as moved as the other night when Z ‘The Dream’ Gorres stood up from his wheelchair to receive the Presidential Award given to him by the SAC.” 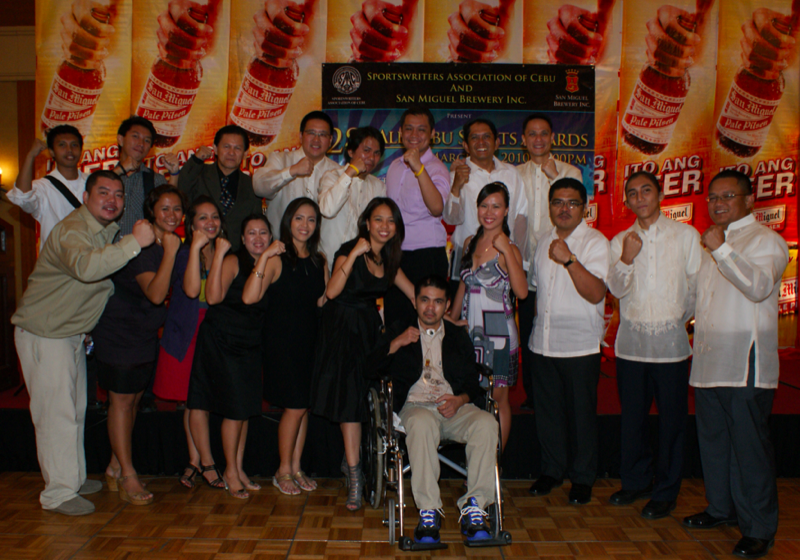 Nimrod is right. It was the most emotional scene I’ve witnessed of these awards, even more powerful than last year, when Manny Pacquiao joined us in the 2009 edition of the Cebu Sports Awards.

Z Gorres’ courageous act, not to be handed the award but to accept it himself, was that most unforgettable moment. Nobody asked Z to stand. It was his decision. The reason? He wanted to show an example to his fellow athletes what it means to be a fighter. That despite the pain, the difficulty, the suffering of walking, he was telling all… I’m going to stand up and walk to receive my award. What a moment. What a lesson. 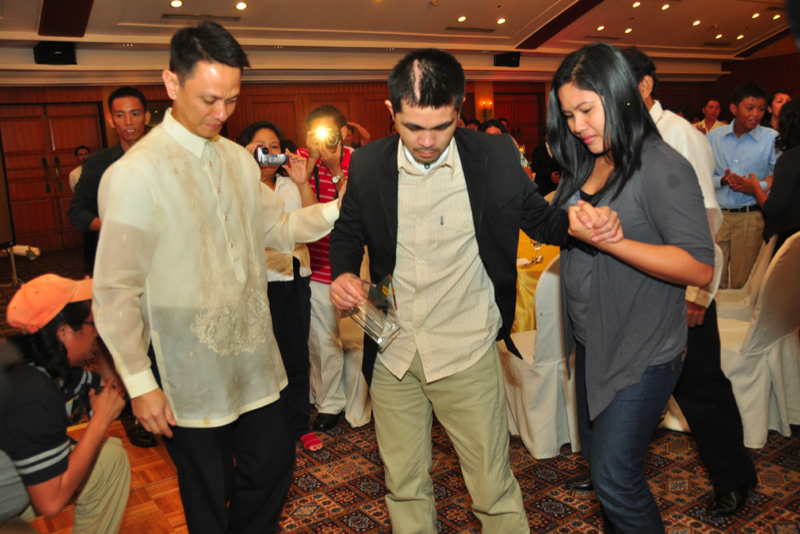 What happened next was just as inspiring. Antonio Lopez Aldeguer, our guest of honor, stood on the stage minutes after witnessing the deluge of sympathy and love surrounding his boxer and, in dark black suit that enveloped his broad wide shoulders, said, “I have a five-page long speech that I prepared the past two days and I will disregard this after what I saw. I am here to give an inspirational talk… but what more can I say to inspire you… than what you have seen a while ago?”

ALA was correct. The sight of Z rising and struggling to walk and receive his award was more powerful a message than any words. As Mike Limpag wrote yesterday, “Z GORRES never said a word… but what he did will be remembered, forever.”

Caecent No-ot-Magsumbol, another SAC colleague who writes for The Freeman, summed it up best with her words yesterday: “From A to Z – as in from Aldeguer to Z Gorres – all those who attended the memorable night went home not only with awards, happy thoughts and memories but also learned a valuable lesson in life…

“Z may no longer be able to fight again, but he has already gained a championship belt. No one can take it away from him for he is a champion in life, a living proof on how great an athlete and person he is which the rest of the athletes should emulate.” 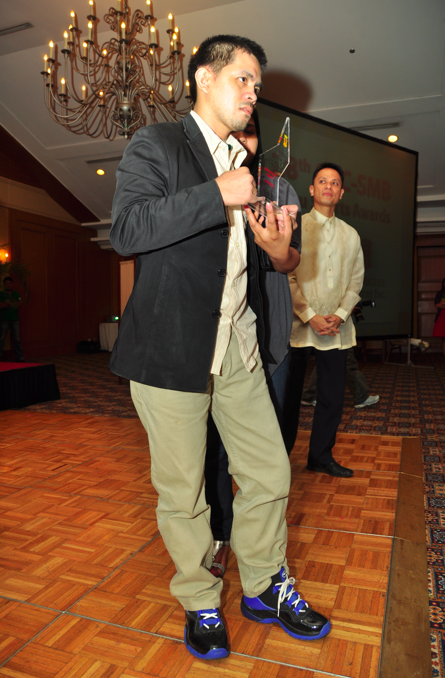