An article I wrote two years ago….

Football is the No.1 sport in my daughter’s school, Bright Academy. It’s no. 1 in Don Bosco. In CIS. In Springdale. In Sacred Heart School-Jesuit. Football is the No.1 sport in Asia. In South America. In Germany, Spain, England, France and even in a remote and tiny municipality in our own Panay Island called Barotac. And, in this round, celestial object floating in the universe called Earth, the no.1 sport is the same round, celestial object named soccer. 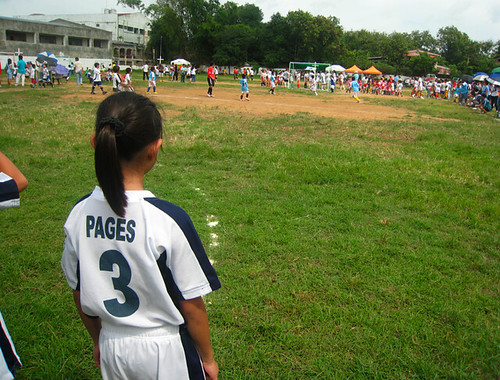 Take my daughter Jana. She’s the only child I have (so far), and she, of course, is a she—she’s a girl. And girls are NOT allowed to play football, right? There’s a law banning girls from kicking each other, right? And striking that ball with one’s head?

Ha-ha-ha, I know. Am I from another planet? you’d ask. But seriously, wasn’t football—during our time, when we were in school—exclusively for boys? While girls weren’t allowed to sweat and thus played nothing but takyan or “Chinese garter” or their perennial favorite, jackstones?

Yes. But that was then. That was decades ago. That was old school. Today, just like my daughter, football is the most-played sport for all those who wear skirts. 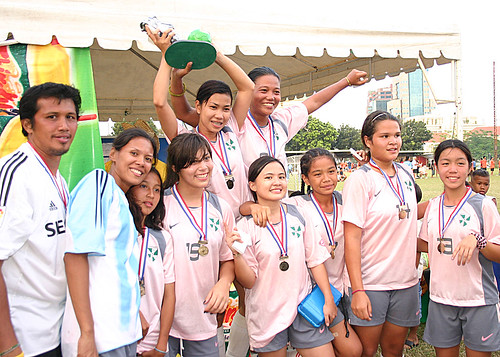 Which brings me to ask: Since most girls in elementary and in high school play football and, since it’s a given that a vast majority of boys play the same sport, then isn’t this game popularized by the Beckhams and Zidanes and Kakas the most popular sport in Cebu today, among students?

It is. Is it, you ask, more popular than basketball? The sport that’s absorbed us for decades ever since the eras of Magic and MJ and now, LBJ and Kobe?

It is. Football is tops. Want proof? 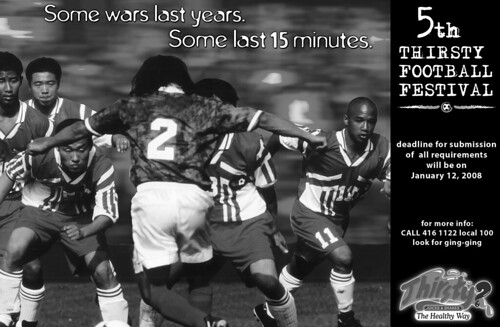 It’s called the 5th Thirsty Football Festival and—I must admit being biased in writing this—it’s an event organized by my family’s company and by my younger brother Charlie.

“When we started in 1994,” Charlie related to me, “we held it at the Ayala Center golf driving range. It was a huge success…. we had 90 teams joining.”

This year, I asked, how many are playing?

“No, teams. Multiply that by an average of 10 players per team, that’s nearly 2,300 participants.”

“Outside Manila, this should be the country’s biggest football event. And the good news is, we have a lot of out-of-town teams. Close to 200 teams come from Cebu and about 30 groups come from Manila, Bacolod, Dumaguete, Cagayan de Oro, Davao.

“Last year, we only had 140 teams but this year, it’s ballooned to a huge, huge number.” 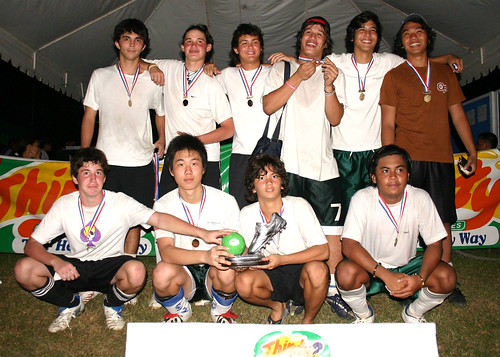 “Our youngest participants are six years old and below,” said Charlie.

Imagine girls and boys as young as 4, 5 or 6, kicking, tackling, scoring, guarding and raising their frail, little arms at the end for the win?

“Our oldest is the 40 and above category.”

Imagine fathers—and yes, possibly, grandfathers!—kicking, tackling, scoring, guarding and shoving each other for the big V?

Thanks to my brother Charlie (who was a basketball, not football, standout in school), to Neil Montesclaros (our indefatigable Tournament Director who was a former varsity star in Don Bosco and is now a Cebu Football Association director), and their team which includes Chad Songalia and Alex Lim, the 5th Thirsty Football Festival is what it is today: a giant festival. 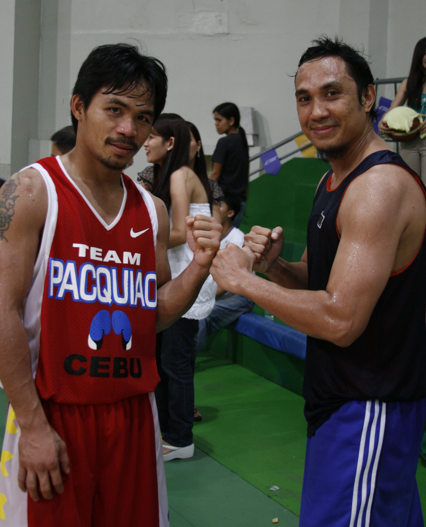 This weekend, if you visit, what will you see?

Football… what a kick! 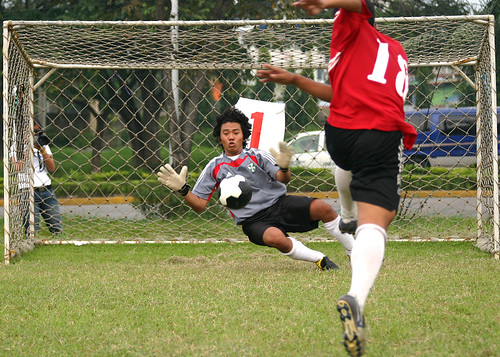