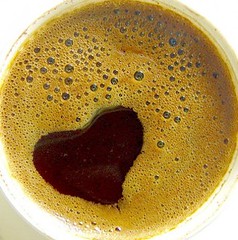 Back in July of 2007, I started a habit. I drank. Not beer or Johnnie Walker or tequila or lambanog. I drank a brown-colored mix that’s available in carenderias and supermarkets, SM City and Ayala Center, our homes and offices. I started with San Mig Coffee. When I woke up in the morning, I tore open the blue sachet and poured the 3-in-1 on a steaming cup of water. I sipped. Next, I swallowed Nescafe Intense. It was, as it’s family name suggests, intense. I drank it two hours before running the Hong Kong 42K footrace. I drank it each morning at my Talamban home.

Today, I still drink. But thanks to Jourdan Polotan, who, to me, owns a doctorate in Coffeetology, I’ve learned to be more sophisticated. Mr. Polotan who? He happens to be the husband of Jingle, who’s the sister of Steve Benitez, who’s the owner of the outstanding Cebu brand named Bo’s Coffee.

Jourdan, who’s resided in Surabaya, Indonesia and traveled to Russia and Dubai and Italy and most of the corners of this round planet, taught me about this “French Press.” At first, given his all-muscle physique, I thought the “press” was his gym exercise: the leg press. 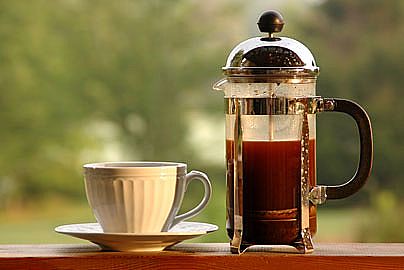 French Press, it turned out, was one excellent method of making coffee. And so, for the past 60 days since I’ve purchased that portable French Press gadget at Starbucks and a coffee grinding machine at Rustan’s, I’ve grounded various selections of beans.

When do I savor my coffee? Each morning, with no miss, at 6 a.m. What does one 8-oz cup do to my system? It stimulates my brain. From half-shut, my eyes amplify. From a funky state I transform into a punk. From being a wuss, I transpose into a revving Lamborghini. Coffee, as commonly said, “perks me up” and switches my just-awoken zombie skeleton into an Energizer bunny.

Which brings me to E: Exercise. And why, if you don’t drink cappuccino before you engage in sports or, worse, if you don’t involve yourself in any type of sweating, you should. 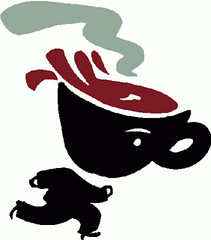 Needless to expound, Exercise is necessary for a robust and strapping figure. But here’s what I’ve uncovered is just as necessary prior to exercise: a brown cup. And this theory of drinking coffee before working-out is endorsed not just by me or Vice Governor candidate Glenn Soco, who owns the chain of cozy outlets named Coffee Dream, but by plenty of studies.

“Australian researchers found that even a small quantity of caffeine allowed athletes to exercise almost a third longer,” said the August 2003 article from BBC.co.uk entitled, Coffee ‘boosts exercise stamina.’ “A single cup of coffee may be enough to trigger these beneficial effects. The Australian Institute of Sport team found that caffeine triggers the muscles to start using fat as an energy source rather than carbohydrate sugars. Caffeine has been used by many endurance athletes as a way of eking extra energy out of their body’s reserves during an event. The researchers tested its effects on cyclists, who were allowed to sip on flat cola or coffee as they pedaled. Those who did were able to keep going longer than those who stuck to water.”

Believe it now? There’s more. In fact, hundreds of studies have validated the positive effect of coffee on athletes.

According to the Univ. of Michigan Health System website, “it makes (people) feel more alert, gives them more energy, improves their mood, and makes them more productive. Athletes often use caffeine to help them perform better, both in routine workouts and in competition.”

To me, it keeps me motivated to pedal that Trek mountainbike, sprint that 5K run, swing that Babolat tennis racket.

I hope you drink coffee. Not just to sleep awake, slumped in Seattle’s Best’s sofa set for 104 lazy minutes, but to use coffee to energize your senses and convince your physical self to move.

Do sports. Sip caffeine. What a one-two combination. That’s why I love the French Press. It’s the perfect mix prior to a bench press.