If you access the 5th most visited website in America and type the 13 letters of this Filipino boxer’s name, you will be astounded by the volume of videos that you can watch.

As of 6:42 last night, it’s 23,900 videos. If you total the number of views that these Manny Pacquiao videos harvest, it would be millions. That’s plenty. Well, what can you expect from the most famous boxer on Planet Earth?

Think about it. Imagine if YouTube did not exist. Imagine if we could not access all of PacMan’s fights? If, having missed seeing his 2003 Marco Antonio Barrera “upset” victory, we could not replay it? For here’s the amazing technological breakthrough for all of sports. It’s two words combined as one: YouTube. 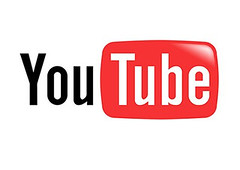 Television, we know, is irreplaceable. The screen size is vast. The clarity is sharp. Plus, we have a spectrum of channels: ESPN, Star Sports, Balls, CNN World Sport, BTV. The problem is, with TV, the network dictates. If we miss that 8 p.m. coverage, chances are it’s goodbye. Not with YouTube. For with this internet sensation, it’s “on” all the time.

Let’s talk about Manny. Have you watched the Pacquiao-Cotto HBO 24/7 documentary? It’s a must-see film. There are four parts and, thus far, three have been shown by HBO (the fourth one is the night before the Nov. 14 fight).

On Part I, you’ll see Manny training amidst the flooding that has engulfed Baquio. Unable to run on the road because of rain, he’s forced to swim on the indoor pool. Sad to say, Manny can’t swim! “We do this first time swimming, it’s hard,” says Manny. “The bad thing is… I drink a lot of water in swimming pool.” It’s hilarious. I’ll spare you the details of the 30-minute segment. Watch it yourself. And, when you do, thank YouTube.

On its website, if you click the “Ratings” category, you’ll be greeted with the top hits: the video “De la Hoya vs. Pacquiao Highlights (HBO)” scores highest with 1.78 million views. Next is the 1.55 million views by Marquez vs. Pacquiao II. In all, I counted seven Pacquiao videos with over one million views each. The other popular ones include “MP Knockout Compilation” and “The Best Manny Pacquiao Video Ever!”

Speaking of Mr. Cotto, everybody, including Manny, knows he’s dangerous. But, I’ll be honest, apart from his last fight with Joshua Clottey, I had not watched his previous encounters. That’s my problem.

Problem solved! I go to YouTube. There, if I type the 11 letters of his name, 3,860 videos appear. I review his Antonio Margarito pounding. I observe how he trashed Shane Mosley. Amazing footages I see. Thanks to this website that owns 72 percent of all video streams in the U.S.

The Jimmy Kimmel Live show? Prior to Manny’s guest performance last week, I had not heard of Mr. Kimmel. The likes of Jay Leno and David Letterman, yes, of course—but never Kimmel. And so, how to watch his show, which is never aired in our Asian country?

No problem. Click on YouTube. You see, YouTube is the new television tube. In fact, since its database of sports stories number in the tens of millions, it’s even better than TV.

No wonder this website has an unbelievable 1.2 billion views… every single day! It ranks as the 5th most popular site—behind Google, Yahoo, Facebook and MSN.com. No wonder its owners, Google, paid $1.65 billion for its purchase three Novembers ago.

YouTube has changed lives. Remember Susan Boyle? The Scottish singer in the show, Britain’s Got Talent? She amassed 100 millions views. Or Arnel Pineda, the Filipino who’s now the lead singer for the band, Journey? He was discovered via the website. Or Charice Pempengco? But possibly more than any other field, it has changed how we follow sports.

My wish? That TV sets would have built-in YouTube access. (I believe Samsung has this feature in a high-end model.) Imagine if that were to become a standard innovation on all TV sets? ESPN and Star Sports would be replaced by on-demand sports shows that we can view at anytime.

As to my all-time favorite video? If you have yet to see it, you’ll scream in laughter… “Ricky Hatton Bisaya 2009.”