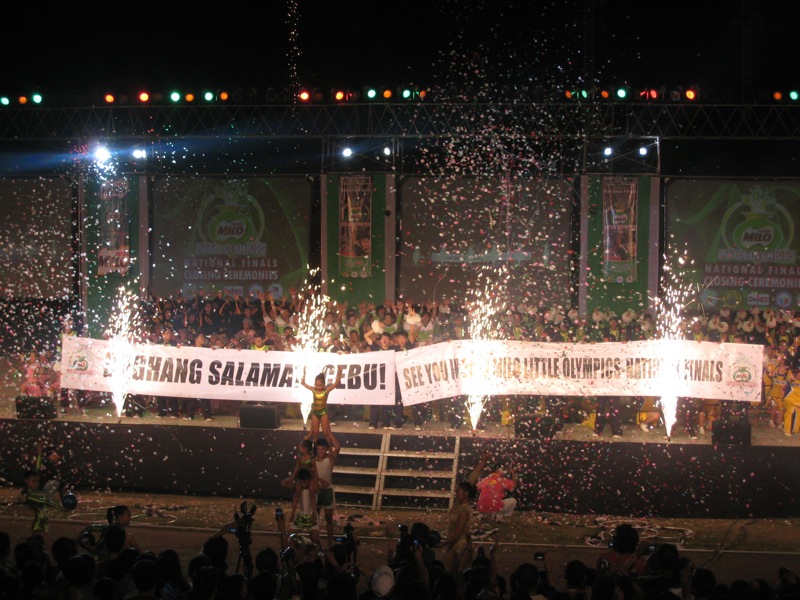 What a Closing Ceremony! I’ve witnessed the 2005 SEA Games opening and, last year, was in Beijing when the first-ever China Olympics were held. But the party and presentations and parade that was showcased last Sunday night when the 1st Milo Little Olympics National Finals concluded was just as breathtaking.

Cebu City should be proud. Ricky Ballesteros should feel proud. Nestle and Milo should be applauded with a city-wide standing ovation. For what a super-successful staging of a nationwide sports meet that’s world-caliber.

Little? Milo calls these Olympics…. little? With over 1,223 athletes from Mindanao, Visayas, Luzon and the NCR, plus a thousand more officials and coaches, plus thousands more of parents and cheerers and spectators, can I suggest that these games be called… giant-sized? Or amazing? Or splendid?

I witnessed the games first-hand. As a sports aficionado, I doubled as a parent last weekend to my daughter Jana who won for Visayas the bronze medal in girls elementary tennis. I sat during the Opening. Was a spectator during the athletic sprint events. Observed the Closing. And, you know what I heard from players and coaches from Manila and Davao and our Visayan neighbors?

Cebu is bad!!! You know why? Because we’ve set such a high bar of excellence in organizing the Milo games that future host cities can’t meet our standards. “From now on,” they tell me, “all other athletes and delegates will be disappointed!” Amazing, Cebu. I second the motion. 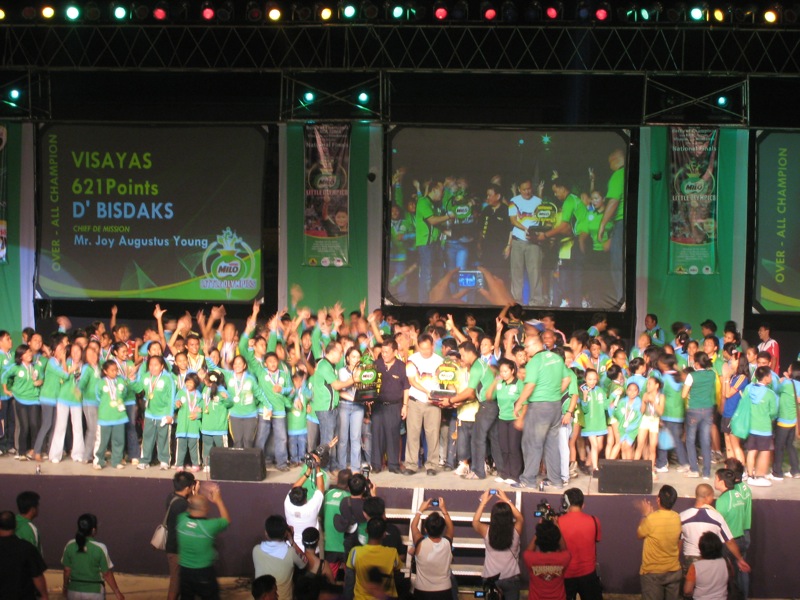 More on last Sunday night… what was fun to watch was, unlike the Opening when the officials wore formal attire, in the Closing it was a party. A giant soiree. Gone were the barong tagalogs. This time, everybody wore green Milo T-shirts and Levi’s jeans. The athletes? While, during the Opening, they paraded with their respective contingents, two nights ago it was this sight: Luzon mixed with Mindanao who mixed with NCR who mixed with the Bisdaks from Visayas. It was one humongous party. Win or lose, the athletes all celebrated. Everybody won.

Mayor Tommy Osmeña, who arrived with his beauteous wife Margot at 6:30 p.m., in his brief speech thanked Milo for having chosen Cebu City to be the event’s first host. Well-said, mayor.

Among the many entertainment theatrics we witnessed that evening, to me one of the most moving episodes was when a lone singer sand the Lea Salonga hit song, “Journey.” With the Cebu City Sports Center in total darkness and only seven large screens were lighted on stage displaying the children in action, she sang, “What a journey it has been… and the end is now in sight… But the stars are out tonight… what a journey it has been.” It was fitting, emotional, powerful. I had goose-bumps.

Finally, the highlight was the announcement of the winners. In the overall championship, after the names of Mindanao (3rd place) and NCR (runner-up) had been announced, the boys and girls with the blue-colored Milo sweatshirts started sprinting for the stage. They knew. The Cebuanos knew. Team Visayas knew. Nicknamed “D’ Bisdaks” by Ricky Ballesteros, wasn’t it fitting that we won as champions? 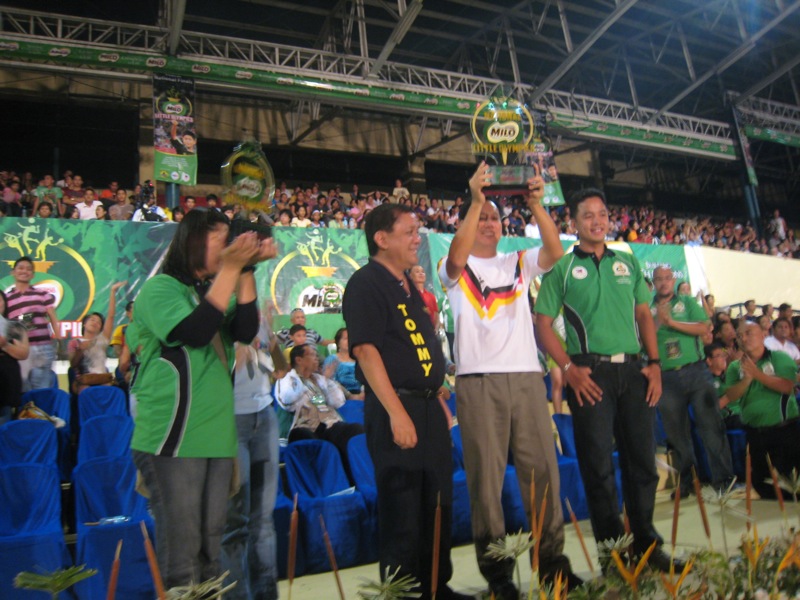 Joy Augustus Young, who first started these Milo Little Olympics here in Cebu back in 1996 when he was a Cebu City Councilor, was back where he belonged: on stage to receive the Grand Prize as the Visayas team’s Chef De Mission.

In all, it was astonishing. Thanks to a company who builds “champions in life.”