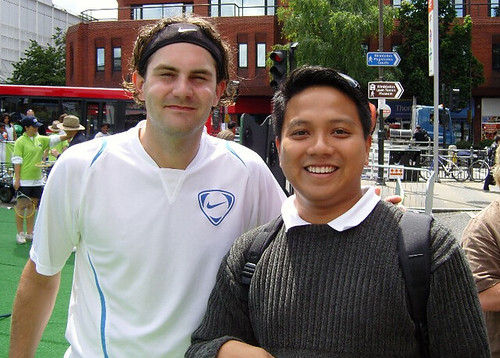 Can you imagine standing beside the greatest tennis player of all time?

HAHAHAHA! Yes, I can imagine… and so can Randy del Valle… but no, that’s not Roger with Randy in the photo. It’s someone in the crowd who looks like the Swiss no.1!

Hahaha. But here’s something true. Randy del Valle sent me another e-mail from London today. Here’s what Randy said (with some beautiful pictures he took)…

“Hi John, you were right… both men’s matches were great. The 4th set of the Blake-Ferrero was really good–though I wanted it to go on 5th set. Have you seen the incident where the ball hit the net post, went through the net and Blake got the point? ‘Twas my first time seeing that type of shot! 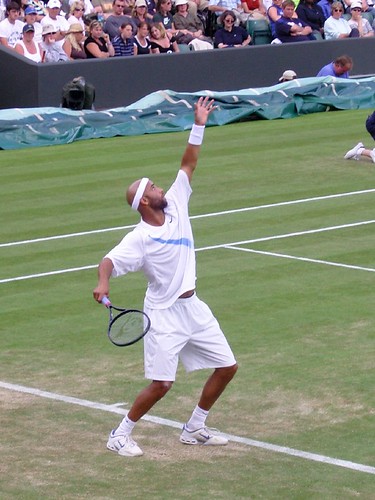 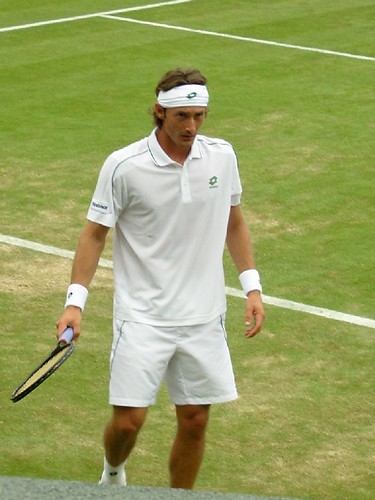 “The Roddick-Verdasco game was also good! I can’t believe how fast Andy’s serve is—his serve has been impenetrable this week—140-150mph! amazing—-Christine, however, finds the match boring as compared to the previous Blake- Ferrero match (due to the short games–hehehe). 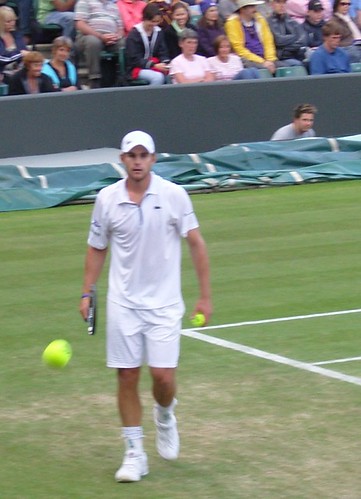 “I also enjoyed the game of Jankovic as I thought it would be an upset. The up and coming 20-yr old from Czechoslovakia, Lucie Safarova was really strong and has a very good serve and ground strokes. I think she can improve her current ranking as she can beat the power hitters like Serena, Maria, et al (no wonder she reached the QF in this year’s Australian Open).

“I also experienced the rain delay in Wimbledon (good that it was only for 20 minutes)—but a least I saw how the courts are covered. 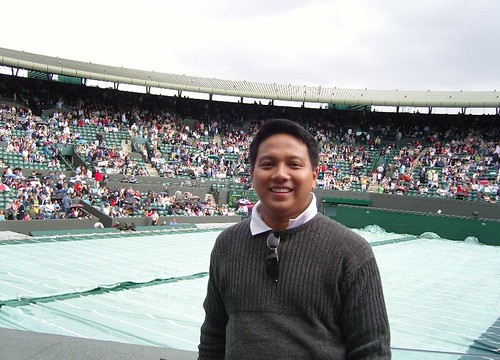 “It has been raining here since yesterday (Sat) and is expected to be like this until Tuesday. I won’t be surprised if the Wimbledon Finals will be played on the 3rd week.” 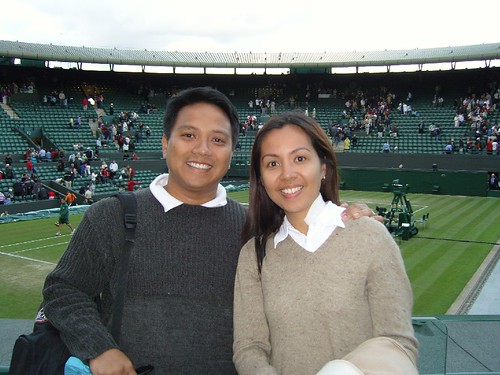