When Jasmin and I watched him play last August, he was a disaster. Facing the unheralded Lu Yen-Hsu (yes, Hsu is this guy?) of Taipei, Andy Murray lost 7-6, 6-4. In the first round. Representing the great Great Britain. During the Beijing Olympics. Minutes after that loss, I recall stepping out of Court One of the Olympic Green Tennis Centre and seeing Andy’s mother, Judy Murray, walking alone. I considered approaching her to say hi but, after that desolating loss, I’d bet she was in a foul mood for a chit-chat. 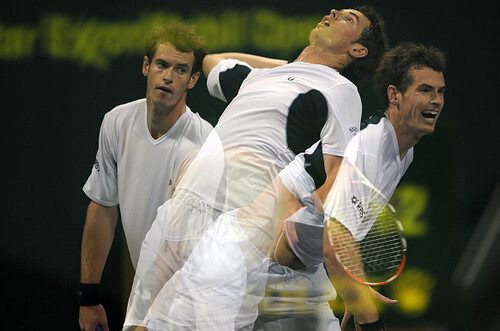 Well, what five months can do. For, here we are, just six mornings before the 2009 Australian Open and, the major favorite of the year’s first major is—guess who—Roger and Rafa, right? Wrong.

It’s Andy Murray, the pride of England. Last Sunday, he demolished the man who owns the fastest-recorded serve on the ATP Tour (at 155 mph), his fellow “Andy”… Roddick. The score: 6-4, 6-2. But the bigger story was the day before. Facing a Swiss colossus, the Scot bested Mr. Federer, 6-7, 6-2, 6-2. Now, that’s big news. But here’s even bigger headline news: Murray has beaten Federer the last four times they’ve played!

Isn’t that hard-to-believe? Plus, against Rafael Nadal, didn’t Murray beat the world no.1 when they met at the semi-finals of the US Open? And again, last week at the Qatar Open?

To me, what’s the score? On the safe side, I believe that either of these four will win in Melbourne: Novak Djokovic, Roger, Rafa or Andy. Who do I rank highest? 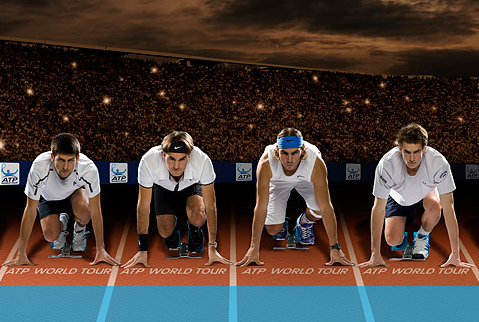 Federer tops my list. The Australian Open winner in ‘04, ‘06 and ‘07—and the winner of the last Grand Slam event, the US Open—it’s hard to bet against RF. Plus, doesn’t the Rolex-wearing Swiss have an extra incentive next week? Because if he carries the trophy on championship day in Feb. 1, he’ll have won 14 major titles—tying Pete Sampras for the all-time record.

Nadal is No. 2. The world’s no.1, he’s been injured the past few months and, no longer wearing the sleeveless shirt that reveals his enlarged biceps, he has less muscle in Australia than in, say, the French Open.

Murray comes next. Why rank him after R & R when, in fact, he’s beaten them both? Simple: Roger has 13 majors and Rafa has five; this means that, experience-wise, and when it comes to the crucial points of the best-of-five format, R & R will prevail. What’s riding with Murray is, of course, the “M” word: momentum. His confidence level is Mt. Everest tall and, like Djokovic before winning the ‘08 Australian Open, Murray also reached the finals of the US Open. So, if he reaches the Feb. 1 finals in Melbourne, he’ll be less nervous, more equipped.

Djokovic: Aren’t the words “defending champ” more than enough to crown him as the “tournament favorite?” Entering the gates of Melbourne Park, Novak will smell the flowers, shower himself with the blazing sunlight, gaze at the color blue surroundings and relive the greatest moment he experienced in January ’08.

Conclusion? While I pick Roger and Rafa over Andy and Novak, all four are, as the cliche goes, too close to call. Which makes next week’s event titillating, electrifying and perfect theater.

Too bad, among the women, it won’t be as animated: The defending champion, favorite magazine cover girl and the world’s most celebrated female athlete got injured.