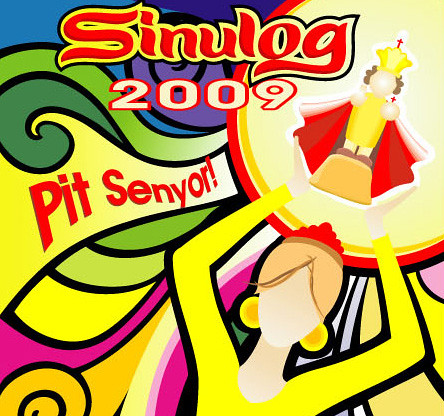 Jonathan Guardo ran. Not in the elections—not yet—but yesterday at 5:30 a.m. So did Jerry and Jeson, his brothers. Joel Garganera, with thick biceps that convinced spectators he was an Ironman triathlete, joined. Same with Boying Rodriguez. And Lahug barangay captain Mary Anne de los Santos. My favorite physician, Ronald Eullaran, wore the yellow sleeveless shirt alongside his wife, Raycia.

In all, over a thousand runners hurried to the Asiatown I.T. Park before the sun shone to participate in one of the year’s largest—and most festive—road-running races: the Mizuno-Asia Miles Sinulog Half-Marathon.

A pair of Swedish runners participated. A tall Danish man did the same 21K. Americans, I saw. Trekkers from Davao and Manila and Dumaguete converged in Cebu to revel in today’s Sinulog mardi gras festivities—and to join in yesterday’s Half-Marathon and 5K runs.

Vicky Yue, who arrived from Hong Kong last year to head the operations of one of the world’s most respected airlines, Cathay Pacific, strode quick as she barely walked to run the entire 5,000-meter route. Noy Jopson? Does the name sound familiar? Of course. A former triathlon record-holder, Noy placed 2nd in the 21K Executive Division—clocking a time that I can achieve only in my daydream: 1 hour, 34 minutes. Joey Ontanillas—a champion cyclist—left his all-carbon bike at home to wear running shoes and complete his first 21K.

Birthday celebrant Henry Francisco trekked the 5K. Members of the Centurion Security Agency joined—24-strong of them. Donna Cruz Larrazabal, the beauteous wife of Dr. Yong, was all-smiles as she stepped underneath the huge banner that said, FINISH. Same with Nia Durano Aldeguer, who also ran the 5K—while her husband, Chris, finished 4th place in the 21K Executive Division with a 1:44 time.

Our group of scribes whose goal is to document back-page stories—the Sportswriters Association of Cebu (SAC)—competed. Rico Navarro of The Freeman led all writers, followed by Mike Limpag, my football-and-tennis loving sports editor who has vowed to include running in his ‘09 schedule. Others who joined were Goldie Lebumfacil, Jonas Panerio, Calvin Cordova, Iste Leopoldo and 21K-participant Raffy Osumo.

The Sinulog Run, organized by the Cebu Executive Runners Club (CERC) together with ASAP Advertising Cebu, has become an annual affair. Last year, the same route was used with the same date: the morning before the Sinulog parade.

With the CERC, yesterday’s event was triumphant because of the members who devoted their time and resources. On top of the list is Jesse Taborada. He’s the CERC president. There’s Roy Trani, who manned the 11th water station along the 21K route; Roy not only handed out water but also prepared Gatorade bottles to share. Dodong Sulatre bought bananas to give. Harthy Satina and Dr. Tito Macarasig, positioned at the Vicented Sotto Hospital, high-fived the runners. Barry Marquez, Rudy Tindugan, Joel Juarez, Jun Remo, Ted Tecson, Dr. Abraham Manlawe—together with dozens of other CERC members—were tireless. Plus, the duo of Annie Neric and Jane-Jane Ong provided the post-race party: stretching exercises, dance formations and a belly-dancing show that had three sexy ladies whose bodies twisted like they possessed no bones.

Meyrick Jacalan is to be applauded the loudest. Without him—and his spirited and vigorous wife, Perl—the Sinulog Half-Marathon would not be as colorful, well-organized and jovial. Kudos also goes to Berto Banzon, a Hall of Famer in running. As race director, he and his team certified the running times at the finish line.

But the best part yesterday? The weather. For days prior to Jan. 16, strong winds and occasional droplets of rain sprinkled our city. Not yesterday.

God is good! Together with the Fluvial Parade, the weather during the race was immaculate: no sun, some shades of gray clouds, zero rainfall.

All praise and thanks to our treasured Sto. Niño. Pit Señor!