When Barack Obama was interviewed by Sports Illustrated with the question, “President Nixon had a bowling lane at the White House. President Eisenhower had a putting green and President Bush has a Tee-Ball game on the South Lawn. What sporting traditions are you looking forward to bringing to the White House?” he replied:

“Sports have always been a central part of my life. Growing up, I learned about competition and teamwork on the basketball court, and these days I try to get in a pickup game whenever I can. If I’m fortunate enough to move into the White House, I’d consider putting in a basketball court.” 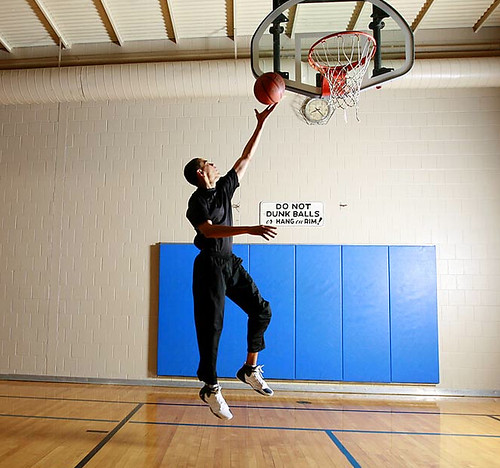 Yup. A basketball court. Ordered by the first black president on the White House.

Isn’t that amazing? Yes, it is. He is amazing. For isn’t he the Michael Jordan of US politics? The Muhammad Ali of campaign speeches? The Tiger Woods of inspiring the American youth?

And, do you want to know how much the 6-foot-2 Obama loves basketball? On the biggest day of his life—last Tuesday—in between voting in Chicago with his wife Michelle, traveling to Indiana for a last minute campaign stop and delivering that historic Grant Park speech before 125,000 (and millions worldwide), here’s what Obama did: Play ball. 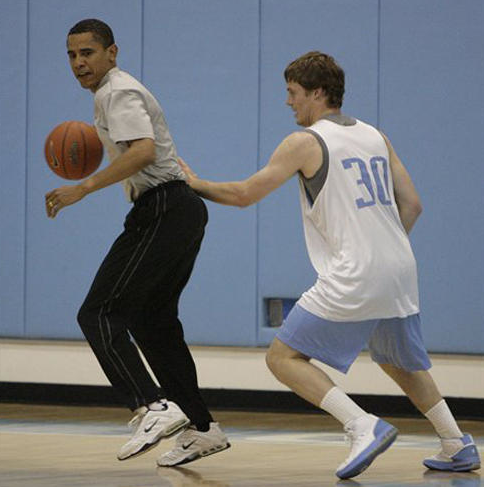 Yup. Together with nine friends and staff last Nov. 4, Obama dribbled, passed and scored at the Attack Athletic Center for two hours. That’s how much the incoming president of the world’s only superpower loves the game. Plus, it’s been a tradition for him: after winning the primary campaigns in Iowa and South Carolina (and losing in New Hampshire and Nevada when he didn’t play)—he’s made it a ritual to shoot hoops every election day. And, since then, he’s been MJ-like unstoppable. Little wonder when game time arrived, he trounced John McCain with the lopsided electoral votes score, 364-162.

“When you get on the basketball court with him, he’s telling jokes, laughing, arguing for fouls like there’s nothing else in the world going on,” said Alexi Giannoulias, the Illinois state treasurer who played with the group on Election Day. “He makes it seem normal. You have to step back from it to think: ‘Wait. He’s playing with us? Right now?'”

Lest you didn’t know, basketball has long dribbled to the tune of Obama’s heartbeat. In high school, he was part of the 1977 junior varsity team of Punahou School in Honolulu. And, if you review his photos of that time—when he used to be called, because of his jump shot, “Barry O’bomber”—he looked like one famous ballplayer: Julius Erving. 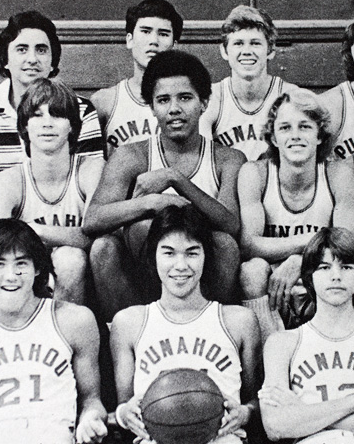 Today, you want to see Mr. President play? Go to YouTube. Part of the internet phenomenon that helped elect him, YouTube has 1,420 video results when you type “Obama basketball.” My favorite? The one when Obama visited Kuwait a few months ago. Inside the basketball gym where he addressed US troops, he was given a basketball after his speech and, after hesitating to take a shot, fired one from behind the three-point arc and made it! One try. One shot. For he is, as Oprah Winfrey calls, “The One.”

In the New York Times article, “One Place Where Obama Goes Elbow To Elbow,” Jodi Kantor wrote, “In ‘Dreams From My Father,’ Mr. Obama described basketball as a comfort to a boy whose father was mostly absent, and who was one of only a few black youths at his school. ‘At least on the basketball court I could find a community of sorts,’ he wrote. 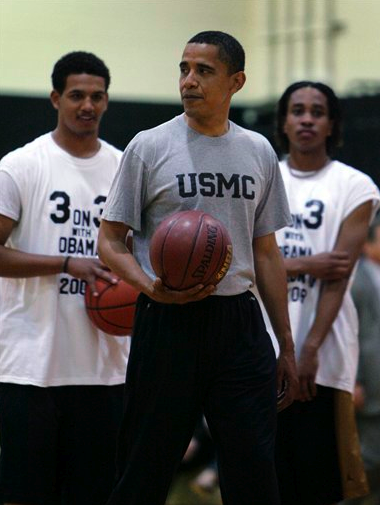 “Craig Robinson, Mr. Obama’s brother-in-law, said: ‘He didn’t know who he was until he found basketball. It was the first time he really met black people.’    “Now, Mr. Obama’s friends say, basketball has been his escape from the sport of politics, but also a purer version of it, with no decorous speeches, no careful consensus—just unrestrained competition.

“’He can be himself, it’s a safe haven, he can let his competitive juices flow and tease his buddies,’ Mr. (Martin) Nesbitt said. ‘It’s just a relaxing respite from the every-moment and every-word scrutinization that he gets.’”

So, will we see basketball scrimmages soon at the White House? 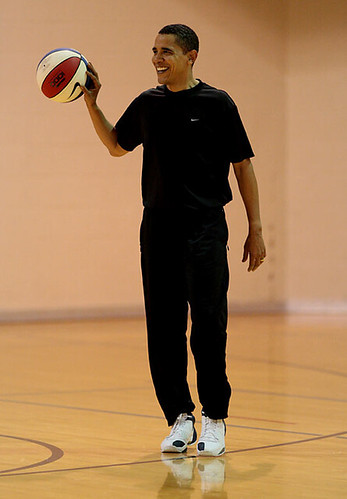