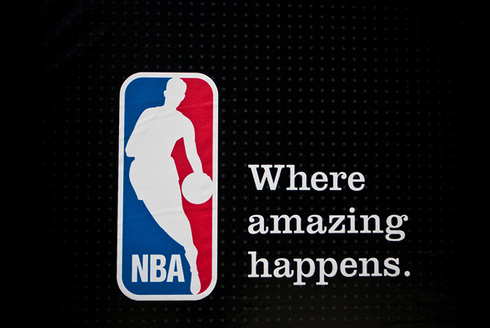 The above slogan is the NBA’s newest. Introduced to basketball fanatics last year, it replaced the long-running and popular, “I Love This Game.” Either way, this we know: the NBA is loved and is amazing.

Take Kobe and LeBron. Teammates in the ‘Redeem Team,’ they’re opponents on the parquet floors of the Staples Center and the Quicken Loans Arena. One stands 6-foot-6, wears three NBA championship rings, was the 1997 Slam Dunk champ and, last season, was adjudged as the NBA MVP. The other is 6’8”, weighs 45 lbs. heavier than KB at 250 lbs., dons MJ’s No. 23 jersey, and, last season, was the NBA scoring leader, averaging an exact 30.0 PPG.

Of Kobe and LeBron, once again I asked my “NBA consultant” who helped me craft last Tuesday’s column—Dennis Que—on his comments and MVP picks…

“I’m a Kobe and LeBron fan,” said Dennis. “Both players are just amazing to watch. Yes, I believe Kobe can repeat as MVP this year if the Lakers achieve the NBA’s best record. Other contenders for the MVP award are Chris Paul (of the New Orleans Hornets), who finished a close second in the voting last year and, of course, LeBron James.

“Chris Paul had a great season last year and fell short in the Western Semifinals, losing to San Antonio in 7 games after leading the series, 3-2. If he continues his dominance and leads his team to the top of the standings, he could be the no. 1 candidate this year.

“LeBron, also a consistent MVP candidate, finishing top 5 in MVP voting for the last four years, could have a breakout season after acquiring Mo Williams from Milwaukee.”

When I queried Dennis about the Olympic gold-medal winning US team, he replied: “The Redeem Team? They did a good effort in making sure they got the gold medal. But I think they know that if they didn’t play their best, they could be beaten. International teams have improved a lot in the last decade and can’t be taken for granted.

“I watched a couple of their games but only against the strong teams. I think they focused more on defense this time. And since they lacked the presence of a big man like Shaq, Duncan, Garnett and Amare, they compensated it with their speed and agility.”

As to who, in his decades-long watch of the NBA, are his best players—both before and now—Dennis answered:

Finally, since the regular season begins this Wednesday morning (RP time), I asked if the games will be shown on TV.

Remember last season? Good thing during the playoffs, the games were shown live. But prior to that—except for Destiny Cable subscribers—we watched only a handful of NBA games.

Back to Dennis Que: I’m sure a few Cebuanos have watched “live” an NBA game—but how many can claim to have watched several times? Here’s Dennis’ history…

The year 2000: semis, Philadelphia vs. Milwaukee Game 3 – Iverson still with 76ers, went on to win the Eastern conference.

2006: Atlanta at Orlando – Josh Smith and Dwight Howard caught my attention in this game. Very athletic big man. Hedo, always fun to watch, 6’10” guy who can dribble and shoot the 3.     Toronto at Orlando. Indiana at Chicago. New York at New Jersey. Cleveland at Washington: first time I saw LeBron and instantly became a fan. I watched the game three rows behind the Wizards bench.

For with Dennis Que, the slogan reads: I Love This Amazing Game!