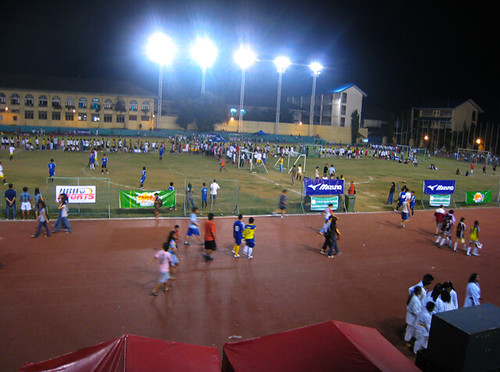 But checking the Cebu City Sports Center (CCSC) two mornings ago, here’s what I checked: a track oval clad with wrinkles and warps. Portions of the oval were so corrugated it appeared like snakes got implanted. 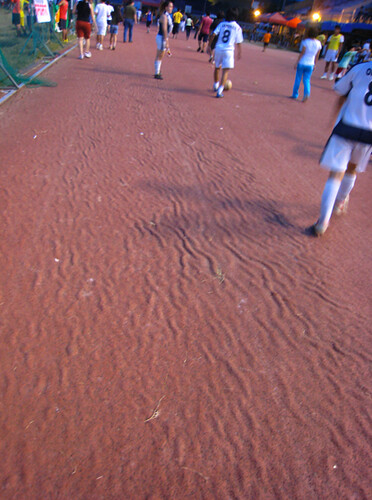 Ugly. The scary part is this: not that it looks like cobras have infested our oval—but that injuries can maim and bruise Cebuanos. Think about it. While sprinting like Usain Bolt on a 100-meter stretch, your foot stumbles upon a wrong patch; your ankle twists as you trip, tumble, and limp. Isn’t it hazardous?

Last Friday while jogging for an hour, I saw dozens of runners including plenty of varsity athletes from SWU circling the rotunda. Imagine if, while training for the various athletics events, they fumble and tumble?

Bad. Now, multiply one runner with the estimated 15,000 who use the oval every week. I’m willing to bet that dozens, possibly hundreds, have, through the years, tripped and suffered swollen ankles. You see, this isn’t just a matter of safety—it’s irresponsible. And funny. Did you read yesterday’s excellent piece by our sports editor, Mike Limpag? That was comical, humorous—but true. And sad. 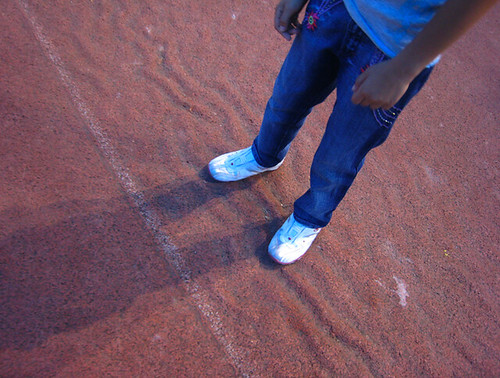 Built in 1994 under the leadership of then-Councilor Joy Augustus Young, the track oval was supposed to have been resurfaced in 2004—given it’s 10-year lifespan. But, as we all know in government, supposed to happen and actually happening are often two different worlds. And so week after month after year passed—218-plus weeks, in my count—and the oval has remained as is: antiquated.

Why? Why the inaction? Well, why don’t we ask our sports leaders? Given that the CCSC is our city’s “Sports Headquarters,” funds should have been allocated to fix it.

As always, the reasoning is the same: No budget. To replace the old circuit with brand-new rubber costs over P20 million. That’s a lot of money. Still, given that our stadium is, as pointed out by everyone, “the most used and useful sports complex in the country,” this isn’t a want, it’s a need.

I know Councilor Jack Jakosalem has spoken. “I will make it a personal commitment to make sure we have a brand-new oval before my term ends,” the councilor promised.

Jack, we’ll remember those words a year from today—especially if, as rumors say, you’ll be vying for the position of Vice Mayor.

As to the manager of the CCSC? Before 8 a.m. last Friday, Ricky Ballesteros was in his office, moving about, speaking with his staff, all hyped with energy. He should be. With the huge turnout of the Milo Little Olympics (which concludes this weekend), he is all smiles.

I’ve long praised Ricky for being a diligent, no-nonsense, let-me-get-things-done government official—often unlike many publicity-hungry politicians.

As to the P20 million budget for the oval? I don’t think we can blame this on Ricky—it’s beyond his scope of power to raise that amount of capital.

In the brief time we spoke, Ricky showed me some of the improvements of the Center, including the refurbished kids’ swimming pool. And when I asked Ricky about the track oval, he got animated.

“We were able to find a company that can partially fix the oval,” he said. “I spoke to them a few days ago and they’ll visit us next week. It looks like they can replace those areas that have warped.”

This is, as CNN puts it, “Breaking News.” Years have passed while thousands have suffered. If this development is realized—meaning the damaged sections will finally be rehabilitated—this is news that can only be described in one word:

Good. But for now, let’s wait—and continue to challenge—our government officials to act and not run away from our running oval.