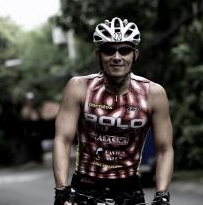 (This photo and the ones below from www.dailytriathlon.com)

He is the CEO of Alaska Milk Corporation, one of the nation’s largest food conglomerates. Yet, for all the business hours and mental strain that he pours into his work, the one passion that is forever etched in Wilfred Steven Uytengsu, Jr.’s DNA is this: Sports.

He swam. “As a young boy,” he said, “I recall watching Mark Spitz win his seven gold medals in Munich which became a defining moment for me to focus on competitive swimming.”

His goal? The Olympics. “Spitz’s feat motivated me to train for the next 12 years (4 hours a day, 6 days a week and 50 weeks a year),” he added. And though Fred did not join the Olympics, he was a member of the RP national team (’78 to ’83) and competed in the SEA Games.

Next, he moved to triathlon, helping form the first RP triathlon club (POLO Tri-Team). His motto, based on what I gathered from a triathlon website, is a fabulous line we can all learn from: “Why (do I do it)? Because we may be measured by what we accomplish, but we are defined by what we attempt.” 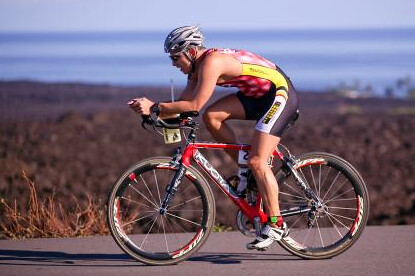 Last week, with the help of his fellow triathlete (and the former national record-holder) Noy Jopson, Fred Uytengsu emailed me a request I asked for: a full copy of the speech he delivered last Sept. 2 to the PBA Press Corps. I would love to print his entire speech here—but, at 15,800 characters, that’s four times my allotted space—so here are excerpts.

Mr. Uytengsu’s speech tackled many issues: basketball’s “no-chance” at the Olympics, the media’s lack of positive talk on our Olympiads; he even disagreed with the choosing of Manny Pacquiao, saying, “The flag bearing honors are for an athlete who competes in the games and I felt very bad for Molina.”

Fred was at the Beijing Games with his family. “We saw the Chinese dominate in gymnastics and diving,” he said. “We saw history as Michael Phelps won his 7th and 8th gold medals. And I dare say that I will probably not see something as impressive athletically as this again in my lifetime. And we saw Usain Bolt destroy the field and break the 9.70 barrier in the 100-meter dash while easing up his last 30 meters.” 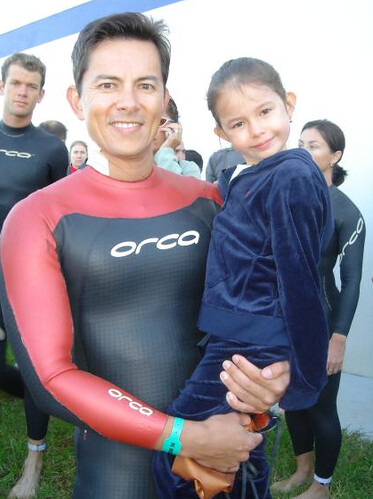 Fred Uytengsu also saw China’s 110-meter hurdler. “I cannot begin to describe the emotions of the Chinese in the Bird’s Nest when Liu Xiang had to withdraw because of his Achilles heel injury,” he said. “It was as if the breath had been knocked out of the thousands of Chinese fans. Almost immediately after Liu Xiang withdrew they began to cry and literally hundreds got up and left their seats. To many Chinese, their Olympics were over.

Then, he spoke of the essential topic of early training. “A couple of years back, I had the chance to go to a Beijing gymnastics school. There are more than 3,000 sports schools in China and quite a few of them focus on gymnastics (given China’s expertise in this event). However, what I saw there was truly shocking. I saw young girls… actually toddlers 4 or 5 years of age being put through a very demanding regimen, with their coaches pushing them beyond limits. They would lean on their legs as they have their legs spread suspended to enhance their flexibility. That’s just part of the price these athletes have to pay.

“What about Cheng Fei, the Chinese gymnast who was taken to one of these sports schools by her parents at the age of 3? First her parents took her to a table tennis school but when the coach declines her, she was sent to a gymnastics school and then became a gymnastic icon after years of training and hardship. After all, winning a gold medal in the Olympics would mean gainful employment for her family and price money of $150,000 (a huge some of money in any country but particularly so in China).”

Lesson for Team RP? Six months is not enough. Same with 12 months. Or two years. Or four years. If we want to win Olympic medals—and this goes, realistically, for the 2016 Games—we have to start now. 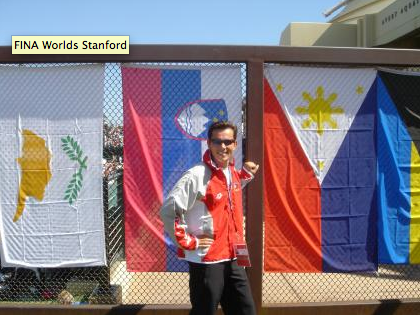