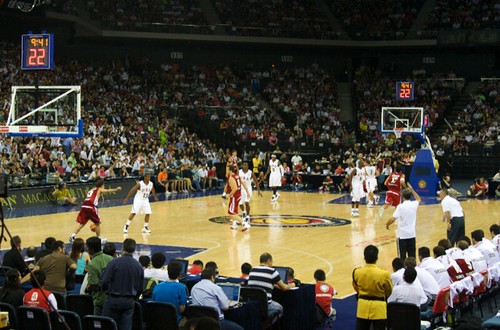 Thanks to James Naismith, they’ve invented basketball. They’ve dominated. Since the game was founded in 1891, the letters U-S-A have lorded over the orange-colored ball that’s shot inside the10-foot-tall ring. In all, the Americans have won 12 of the 15 Olympic basketball gold medals. That’s what you call lordship. Superiority. Monopoly.

Remember the Dream Team? Of course! Remember MJ, Magic, Larry and Sir Charles? In that 1992 Olympics, they dribbled over earth like a ball in Barcelona. Same in Atlanta 1996. And, at the 2000 Sydney Games, they won the only color they knew: Gold.

But that, we all know, is history. That was then. The past. Today, the Land of Barack Obama is embarrassed. Can you recall, I ask, the last time they won first place? Reviewing the last three major events—the 2002 Worlds, the 2004 Olympics and the 2006 Worlds—the US finished sixth, third and third, respectively.

Embarrassing? Yes. And demeaning. And mortifying. Imagine a country that owns the NBA being relegated to receive a color that doesn’t shine, bronze?

Which brings me to LeBronze. King James, he’s called, together with Team USA, will attempt to salvage lost glory at this week’s Beijing Olympics. Is their squad the same arrogant, we’re-100-percent-sure-to-win batch like in Athens? Thankfully, no. From the team’s slogan (United We Rise) to their nickname (The Redeem Team)—it’s clear that, this time, they’re more restrained. Humbled, they’re now humble.

Plus, they have more teamwork. “It’s a total 180,” said Dwyane Wade. “In ’04, we spent three weeks in training camp, then shot off to Greece. This team has been together for three years. We know the system and respect the system.”

Respect. That’s a good word, Dwayne. For in the past, given their braggadocio, they disrespected the enemies thinking that, since they were NBA superstars, they’re sure to win.

Adds head coach Mike Krzyzewski: “From Athens we learned we need time to develop camaraderie. We have to be committed to one another before we can be committed to the team. We’re developing a program, not ‘selecting a team.’ No one ever ‘selects a team’; you select people and hope they become a team.”

MACAU. One lucky couple who watched the US squad was my brother Charlie and his wife, Mitzi. 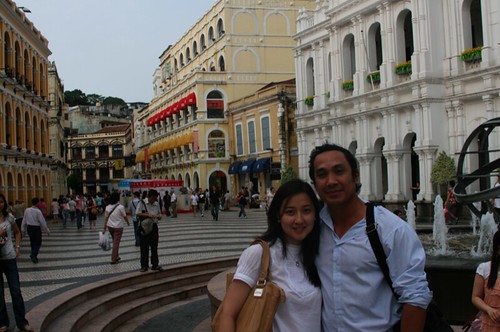 “Grabe ka lingaw!” said Charlie when we spoke yesterday, two days after the Thursday night US vs. Turkey exhibition game in Macau.

“LeBron was amazing,” added Charlie. “Grabe his athleticism. In the first play of the game, he grabbed a rebound, dribbled down the floor and soared while two Turkey players jumped and landed as LeBron continued to soar then made the game’s first shot.”

In the US team’s 114-82 demolition job, LBJ shot 8-of-9 and finished with 20 points—despite sitting out the fourth quarter.

“Unbelievable talent and isog kaayo,” Charlie added of LeBron. He told me of a scuffle midway through the game where LeBron stood his ground against the Turkish. “There were also a lot of dunks, a lot of highlights,” he said. 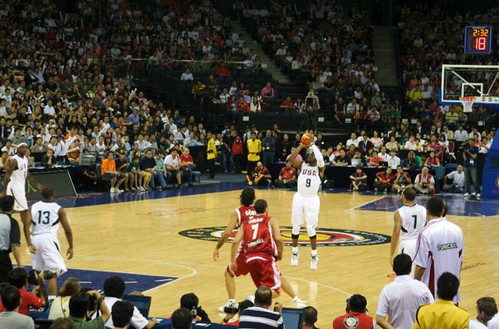 Venue was the largest single structure hotel building in Asia—the $2.4 billion The Venetian. When asked how it looked, Charlie replied, “Wow! Ngil-ngig gyud. Imagine a stadium inside the hotel?”

Charlie and Mitzi were not the only Cebuanos who watched. They counted 30, including eight from the Que family, plus, among others, Dave Lim, Dexter So and Perry Lim. “There were a lot of other Filipinos,” he added, “including TV stars Vic and Joey!”

The highlight of their trip was, after the game, seeing the players up-close. As they toured the massive halls of The Venetian, they saw Carmelo Anthony and the rest of the squad about to enter their exclusive suites. Plus, best of all, when Charlie and Mitzi lounged at Deco, one of the hotel’s chic bars, they saw a towering man walk past.

“Kobe!” Charlie screamed. He grabbed his camera, flew out, snapped pictures and, as he neared, shouted, “KOBE! KOBE!” 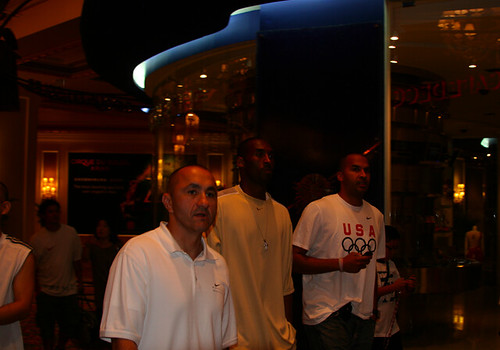 Standing just four feet away and expecting a hello, a wave or, at least, a glance, the LA Lakers star walked right past and snubbed Charlie.

Humble? The US team? Maybe. But never KB.