I will never forget the month of September last year.

Three times, together with my fellow mediamen, we wore blue-and-yellow jerseys to play basketball against a dozen players called “Team Pacquiao.” Against the boxing world champion himself—Pacman—we dribbled and scored baskets twice at the City Sports Club and once at the Cebu Coliseum. On one occasion when I guarded him, I attempted to steal the basketball from Manny as we scrambled for the loose ball and fell to the floor with arms locked. It was scary—but fun for Manny. 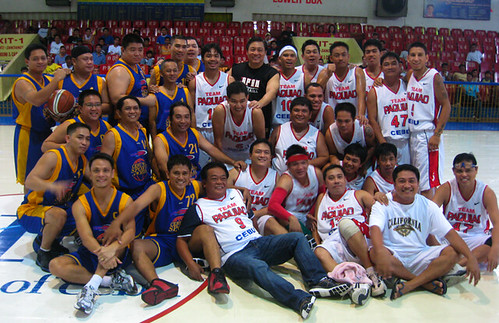 Yet the memory that lingers most in my mind were the two visits I made to the Rex “Wakee” Salud (RWS) Gym. Thanks to Salven Lagumbay of Philboxing.com and Cebu Daily News, I entered and watched…

“He wore red, high-cut boots by Nike with the words “PACQUIAO” and “MANNY” etched at the back,” I wrote in Sun.Star Cebu last Sept. 16, 2007. “His black shorts were printed with yellow flames. A gray sleeveless Nike shirt covered his chest while a green pair of gloves wrapped his hands.

“Manny Pacquiao had just finished 10 rounds of sparring. Tired? Did he look fatigued? No. How about recharged? Or pumped-up? For one-and-a-half hours, I observed Manny. After sparring, Manny stepped down the ring then proceeded to pummel the double-end bag. He stared at the round leather that hung from the ceiling, encircled it, threw quick jabs, moved his head left, ducked, stepped back, forward. 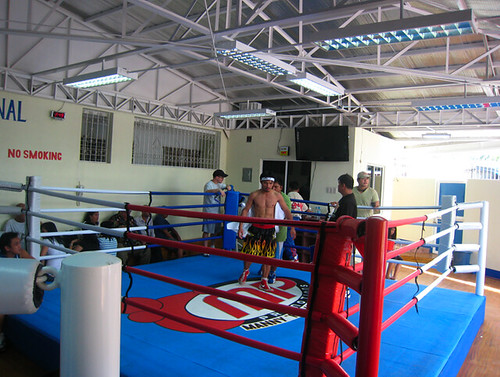 “The double-end bag? To Manny, that bag symbolized the head of Marco Antonio Barrera. His eyes were locked at it, so focused his concentration that he savored every moment barreling the face…

“After the double-end bag, Manny bent down to stretch. Buboy (Fernandez) wrapped a towel around his fighter then wiped the flowing sweat. Buboy then held Manny’s arms then shook them to stretch the muscles. It was a routine, I’m sure, that they’ve practiced for many Septembers.” 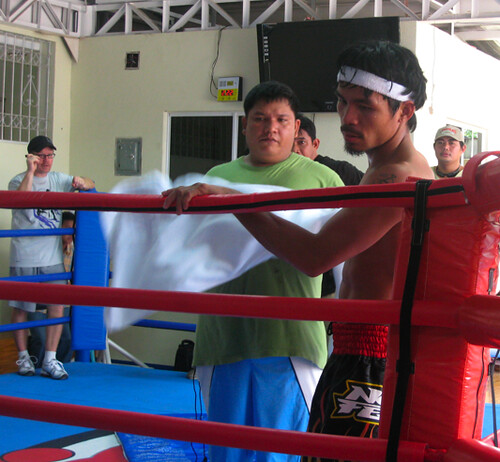 That was my first visit—a two-hour workout that, if we tried it, would land you and me in Cebu Doc. But, yes, in fact, other boxers have tried the routine. The result? “Daghan mo sabay ni Manny sa training… ma hilantan (Many boxers trained alongside Manny and followed his routine… and they’d get sick),” commented a boxer seated beside me.

On my second visit a week later, there were five of us: my dad Bunny, fellow columnist Atty. Jingo Quijano, Philboxing.com’s Dong Secuya and The Freeman sports editor Manny Villaruel. 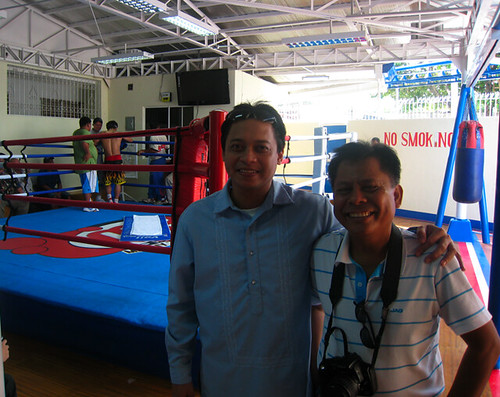 We sat eight feet away from the ring. It was a Friday, I remember well, the last day of his training in Cebu before he’d depart for the US. His regimen that afternoon? Ten rounds. Against three sparring mates who went three rounds each (the last one did four), with our front row seats, we saw a different Manny. He didn’t go offense. He didn’t want to hurt his enemies as much as he’d pound on Marco Antonio Barrera on Oct. 6.

Instead, he lifted his arms. Yes, with no defense, he raised his gloves and allowed his sparring mates to ravage his body. And pummel they did. They savored the moment and banged their mitts on Manny’s abdominals. They battered Manny’s chest. Mauled him. Walloped him.

Stunned at the hammering Manny received, I asked Jingo why Manny was deliberately hurting himself. “To harden his muscles and ready his body for the actual suffering,” came the reply from Atty. Quijano.

You see, when we watch Manny this Sunday, we’ll gaze at his new, handsome haircut, we’ll relish the talk of his prize money ($3 million?), we’ll savor his current ranking as the world’s pound-for-pound No.1. We’ll see the lure and glamour of boxing. What we don’t see—hidden behind the scenes, at the gym—is the punishment. The mauling. The battering. The torture.

For as the great American football coach Vincent Lombardi said, “All right Mister, let me tell you what winning means… you’re willing to go longer, work harder, give more than anyone else.”