It’s starting today and finishing next Sunday. It’s one vs. one, two vs. two. There’s singles. Doubles. Fists will be pumped, arms raised, racquets thrown, shouts will echo the arena. There’ll be 36-year-olds competing against 15-year-olds with 82-year-olds applauding. It’s an event that Cebu has not witnessed in years. The last time? In Cebu City? A looooooong time ago. But today, tomorrow, Tuesday, and onwards until May 11, in full display will be yellow balls and white clouds and red racquets and brown clay.

She’s a Cebuana. She is not a singer or a sexy temptress. She, in fact, is a business, a company—and one of the largest in it’s industry. 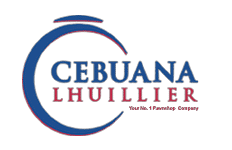 She is Cebuana Lhuillier. And for the next eight days, Cebuanos will get a chance to sit fascinated, stand spellbound and clap riveted to an event that’s a long time coming: the top men’s tennis players fighting in Cebu to see who’s tops in the Philippines.

The Cebuana Lhuillier Men’s Open, it’s named, and, you and I and thousands can watch. No, there’s no entrance fee. All you need to do is to parade to the Baseline Recreation Center and open your eyes.

Who are coming? Everyone. Every single top-ranked male netter will be in town to showcase his talents. There’s Johnny Arcilla. To those who’ve played tennis and followed the sport for over a decade, you recognize the name “Arcilla.” Not only is Johnny the reigning RP no.1—and has been for many years—but his father, Russell, was a prominent resident who taught tennis to hundreds here in this island. 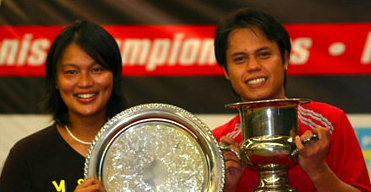 There’s PJ Tierro. Not many of you, I assume, have seen Tierro play. And you should. Standing 6’1” like Roger Federer, he has the perfect tennis height. And you ought to see his forehand. It’s a slingshot, a bullet, a Manny Pacquaio uppercut, a weapon to run the opponent from right to left. 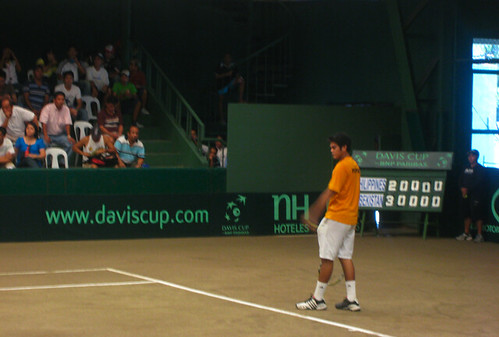 From Cebu, do we have locals who can challenge our Manila-based counterparts? Of course. On top of the list is Bo Alburo. He’s fought well against the seeded netters. There’s Michael Quiñones, Babaw Tiongko, Roy Tabotabo, Francis Largo, the Dumoran brothers, James and Oswaldo, and, the person I hope to watch, the pride of Mandaue City: Lino Suico.

In this Men’s Open, it will be both singles competition and doubles. And if you imagine that doubles is boring—think about it: do you ever see doubles action played on TV?—then think again. Your eyes will enlarge at the sight of all the volleys and smashes swung by these pros.

Other attractions of this event promising P204,000 in prize money? Sure… Jean Henri Lhuillier, the General Manager himself of Cebuana Lhuillier, will be here not just to watch but to play. He’ll be paired with Jun-Jun Toledo, one of our best doubles players. Jean Henri, as you’ve read in the national dailies, is a sports buff—just like his uncle, Michel Lhuillier. He not only helps the sports of tennis and softball, but he himself is a sportsman; back in college, he was a varsity at the highest level (Division I) in the U.S.

Francis “Niño” Alcantara is the one player I want to watch. Only 15 years old, he is the world no. 70 player in juniors. At last month’s Mitsubishi Lancer International Junior sortie—an event previously graced by the likes of Andy Roddick and Lleyton Hewitt—he reached the semi-finals. Arriving in Cebu after a week-long stay in India for the Junior Davis Cup, it will be a thrill to see how he fares against his much-older and more experienced opponents. 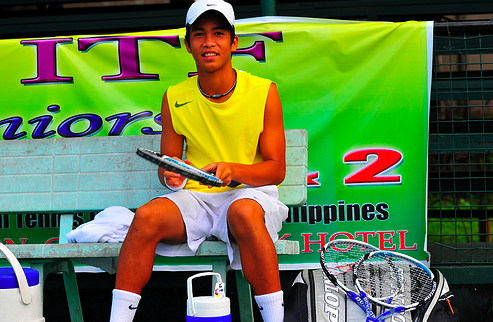 Who do I predict will win? To answer, I quote one of my favorite quotations…. In tennis, like in business: “The one with the best service wins.”