Every cause must have a reason. For the past five years the Terry Larrazabal Bike Festival has been in honor of a man who has lived in an unobtrusive way.

Born the eldest boy of a family of seven on April 4, 1938 to the late Potenciano Larrazabal and Aniceta Veloso, Terry, as he was fondly called, lived his life devoid of the glitter of fame and fortune of which his family was blessed. Wealth and honor never got the better of him. He lived a simple life, married in September 24, 1961 to an equally simple lady in the person of Adelina Yrastorza, he begot eight children whom he brought up frugally, instilling in them proper family values centering around family solidarity. He was a father overly generous to his children almost to a fault. He was a loving husband and a good provider to his family, being a sugar planter and a businessman in his own right. 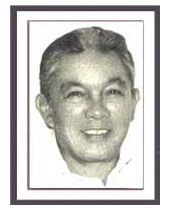 Terry was not an ambitious man. By force of circumstances, however, he accepted the position as OIC Mayor of Ormoc after the EDSA revolution, having been appointed by then President Corazon Aquino. That proved the beginning of his political life. Political fame, however, was not his to achieve. Quietly as he had lived, he passed away on December 9, 1999, a victim of lung cancer.

This year marks the fifth time that the Terry Larrazabal Bike Festival is held to cultivate in the youth an aptitude for physical power through a sport, which caters to the young and not so young, rich and poor alike. It is the hope of the family that this legacy will pass on as the years go, in humble remembrance of a man worthy of emulation.