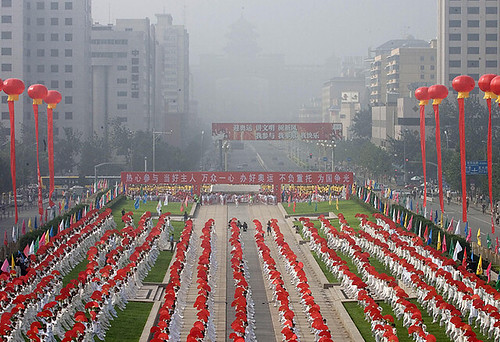 This is funny. Absurd. Never done before. Crazy. But, if they’re able to perform what they’ve boldly promised to accomplish, it will be unprecedented. A first. Freakish. An act to prove that man, indeed, is starting to play God.

Have you heard this news before? Of China, with only 159 days left before the Beijing Olympics, spending $100 million annually and deploying 50,000 people to—believe it or not—keep rain away during the Olympic Opening Ceremony? That China is concocting a storm—yes, a real-life, but man-made, storm—to clear the skies of pollution?

This is no joke. It’s true.

“As they prepare to host the Olympics—an event whose very purpose is to push the limits of human beings—the Chinese are trying to do what man never has: Control the weather,” read the Feb. 28, 2008 Associated Press article entitled, “Beijing Aims To Control Weather at Olympics.” 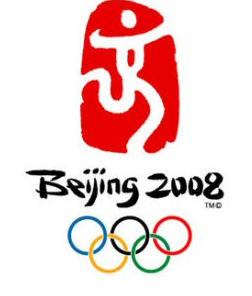 Can you believe that? “Peasants don military fatigues and helmets and squat behind anti-aircraft guns and rocket launchers,” continued the article, “blasting the sky with silver iodide, hoping to shock rain from the clouds.”

What they’ll do is this: If, nearing the August 8, 2008 start (yes, that’s the lucky number, “8-8-8”), the organizers are afraid that rain might washout the Opening Ceremony, they’ll deploy rocket launchers outside the Olympic site to seed the clouds and let rain fall outside Beijing.

“We are now drafting the implementation plan for the artificial rain mitigation for the opening and closing ceremonies,” said Wang Yubin, a Beijing Meteorological Bureau engineer. “This is a very complex process, so we must select the right time and place.”

Can you believe that? Isn’t this ingenious? Preposterous? And, at the same time, stupefying? You bet. But is it possible? For man to coerce Mother Nature to succumb to it’s wishes? 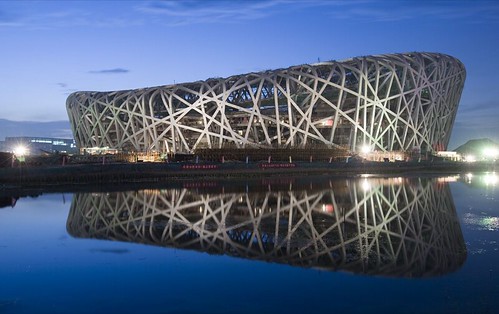 “The Bird’s Nest,” site of the Opening Ceremony

Listening to China, the answer is Yes. Their cloud-seeing “weapons” are plenty: 4,110 rocket launchers and 6,781 artillery guns—all aimed at the blank sky and ready to “shoot for the stars.”

“The China Meteorological Administration says 4,231 flights for cloud-seeding were conducted from 1995 to 2003,” reports the AP story. “The Chinese scientists say it worked — increasing rainfall during those years by 210 billion cubic meters, enough to meet the annual needs of 400 million people. China has a population of about 1.3 billion.”

While China is optimistic, U.S. experts are not. “I don’t think their chances of preventing rain are very high at all,” said Dr. Roelof Bruintjes, a meteorologist with the U.S. National Center for Atmospheric Research. “If there is really a weather system that is producing rain, they won’t be able to do anything. We can’t chase away a cloud, and nobody can make a cloud, either.” 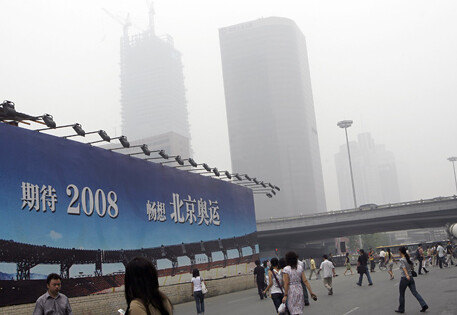 One more problem: Beijing’s air pollution. The International Olympic Committee, in fact, has threatened to postpone some endurance events if Beijing’s air quality continues to rate “poor.” As a solution, Beijing (population: 17 million), plans to ban 1.5 million vehicles from the streets and halt all factories and construction.

“The only thing that cleans up the pollution is the rain, and if they are going to suppress rain, my worry is the pollution will be oppressive,” said Dr. Veerabhadran Ramanathan, an atmospheric scientist at the Scripps Institution of Oceanography at the University of California San Diego. 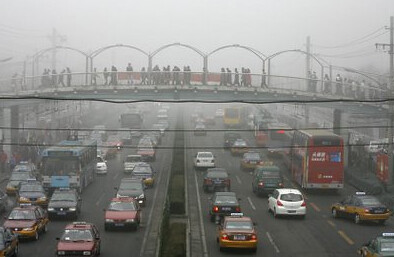 Which will it be? Let’s see. But for now, here’s a funny—well, not so funny to China—story: “On the very day Chinese weather modification experts were boasting at a news conference about controlling rain during the Olympics,” said the AP story, “the country’s midsection was being pummeled by the worst snow storm in 50 years—which Chinese meteorologists failed to predict.”