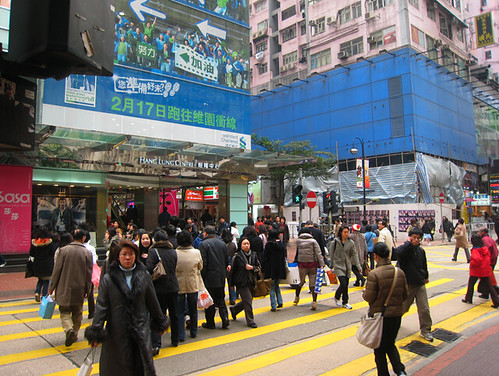 HONG KONG—The two words and eight letters that spell this popular region south of China can be downsized and cut to one word and four letters: C-O-L-D.

My wife Jasmin and I arrived here via Cebu Pacific from Cebu at 12:16 a.m. yesterday and, when we stepped out of the airport doors and smiled to greet the Hong Kong air—we clammed up like shells. We zipped tight our jackets, buried our hands inside the pockets, shivered.

When we finally arrived at our headquarters here for four nights—the Kowloon Hotel along Nathan Road in Tsim Sha Tsui—it was past 2 a.m. We got off the N21 Citybus 50 meters from the hotel and, while walking at that unholy hour towards the hotel’s doors, cold wind breezed and enveloped our already-cold bodies.

“Is this how cold it will be during the marathon?” I asked Jasmin. She nodded. Her body nodded, shivering. 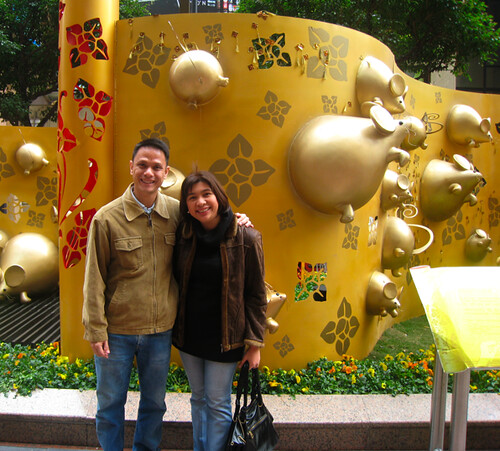 You see, 48 hours from today—that’s this Sunday—together with 14 others from Cebu, I’ll be running the Hong Kong Marathon.

A reported 40,000 runners have enlisted to join and, with such huge numbers of warm-bodies beside each other that morning at the Starting Line, it appears we’ll be warm and warmed-up.

But the forecast that Sunday morning—anywhere from 10 to 15 degrees Celsius—and that “chilling” experience yesterday says that it will be a morning that screams, “GRRRRR…”

“I’ll wear a pair of gloves and arm covers,” I told my wife. Arm covers? she asked.

“They’re the ones the bikers use to cover both arms from the sun,” I said, only this time, it won’t be the sun we’re hiding from—but the cold.

Gloves. Arm covers. Many will wear beanies, those covers for the head. And that’s apart from the Mizuno T-shirt and jacket that I’ll wear to shield my body. 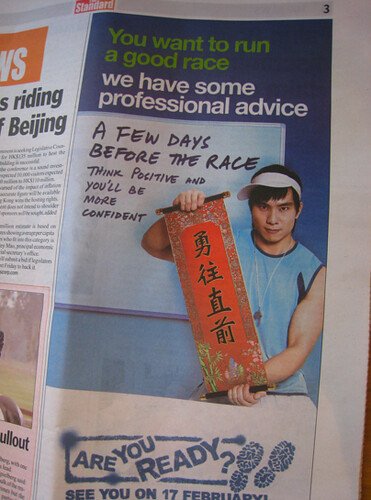 The question is: Will the cold help an athlete’s performance?

I don’t know. When I competed in tennis many years back, the coldest I tried was when I was 16 years old and I trained in Baguio at the Camp John Hay tennis courts before traveling down to Manila to compete. I don’t remember how cold it was then but it was nowhere near nine degrees. Probably 20.

“The cold will help,” I remember Chris Aldeguer, a bemedaled triathlete who’s competed in Australia and New Zealand during cold temperatures, told me a few months back.

I hope it will. And I think it will. Compared to running, for example, in the heat of our Cebu summer—in April, for instance—when the sun is out and it’s humid and the asphalt road is bouncing back the heat to burn one’s feet, I think in this Cold vs. Hot option, I’d rather go cold.

Still, there’s that anxiousness that creeps inside your brain and questions: I’ve never tried running in this weather before…. How will it affect me?

But here’s what I’ve discovered in the past 24 hours in Hong Kong: Since it’s February 14 as of this writing, what an excuse for couples all over this city—in restaurants, inside the MTR bus, along the crowded streets of Causeway Bay, and even inside that Benetton store—to cuddle, wrap one arm around each shoulder, hug, walk inseparable like joining a three-legged race, and stick like Velcro. 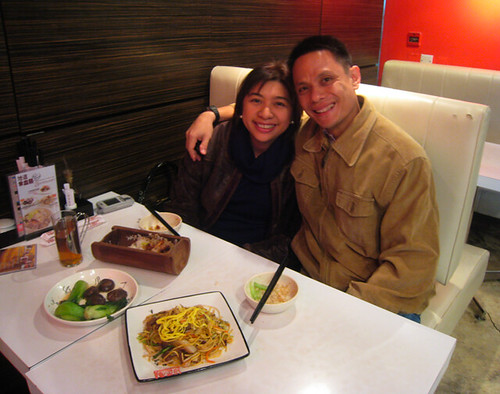