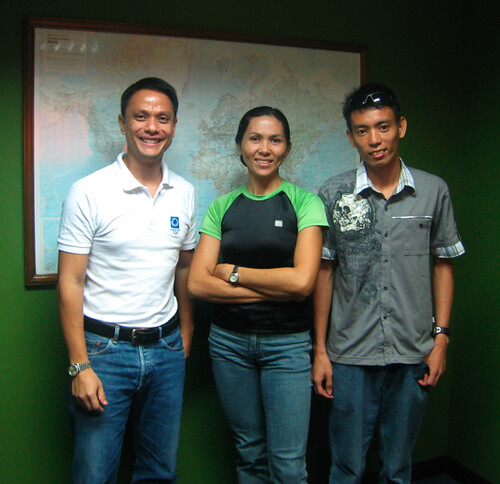 At 11 a.m. yesterday in my office, I met two athletes. Skinny and long-legged, they can sprint after a cheetah. Ask them to visit the Cebu City Sports Center and they’ll zoom round and round, circling the track oval with nary a sweat, not losing breath.

ML is Mendel Lopez. Only 23, Mendel has amassed a pile of trophies, medals, citations and, yes, worn-out running shoes that will tower taller than the Ayala Center Christmas tree of last December.

Gold, you see, is Mendel’s favorite color. And rarely has he joined an event in Cebu and not—at the end of the finish line—hung a round metal around his neck that’s not shining gold.

LG is Leszl Gitaruelas. If Lydia de Vega lorded over the Asian track-and-field scene in the 1980s, today’s Cebu version is Leszl. Tall (she stands 5’5”), lean and muscular (she was 1st Runner-up of the Ms. Philippines Body-Building tilt from 1996 to ‘98) and, owning a Tiger Woods-like, ‘I’ll-Win’ attitude (she won all 16 races she joined last year), Leszl is the Queen of Running in this Queen City of the South.

“Are you excited?” I asked Leszl of her trip this Friday to join the Hong Kong Marathon on Feb. 17 (this Sunday).

“Of course!” she answers, with a tone saying that she was both ready and confident.

This will be Leszl’s second running event outside RP waters. Back in 2006, she joined the Mountain race atop Mt. Kinabalu and, a hundred or so meters from the finish line, collapsed due to exhaustion. “This time, I’m prepared,” said Leszl yesterday, after she had just come from doing intervals (seven 800-meter full-pace sprints) on a treadmill at the Fitness First gym, where she works as a fitness instructress. 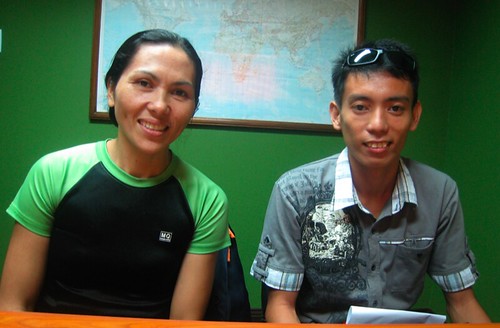 So, let’s all see. And wait. And pray. That the name “Leszl Gitaruelas” will be announced at the Awarding Ceremony and that Mendel, on his way home to Cebu, will hold that medal with his favorite color.

THANK YOU. Last Feb. 1, I asked for your help with the HK trip of Mendel and Leszl. Good news: P40,000 was raised! ‘Thank You’s’ go to the Cebu Executive Runners Club (CERC), with several members (who wish to remain anonymous) donating (P15,500); Frederic Chiongbian (P5,000), Dr. Yong Larrazabal (P5,000), Thirsty Juices and Shakes (P5,500), Bebot Pacaña (P1,000); plus two individuals—one, the owner of one of Cebu’s top construction firms and, another, an NYC Marathon finisher based in New Jersey—who each contributed P4,000.

To those who still want to help, it’s not too late (our target: P50,000). Please email me at [email protected] Thanks!

CONGRATULATIONS… To Dr. Peter Mancao and his team for another successful “Run For Your Heart” event last Sunday (with over 600 runners). You’ve made a lot of hearts stronger! 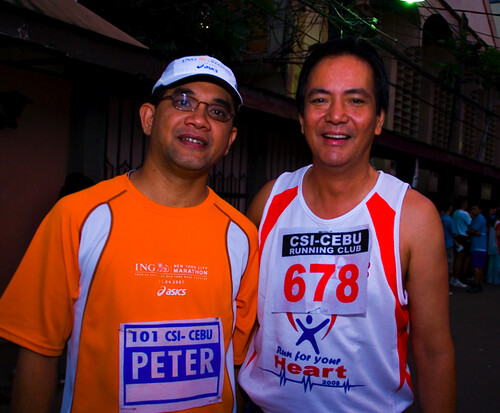 And, to the Chiongbian family, who all went home winners that day: The children, Justin and Yuan, won first and third place (respectively) in the 3-K Run. Their cousin Kim Tan placed 3rd in the 10-K Women’s division. Their mom Milet was 2nd place in the 10-K Women’s Executive category (time: 49:16). And the dad, Frederic? Not to be outdone, he timed a 10-K personal best of 55:19.

Said Frederic: “I hope this sets an example for parents to take their kids off videogames and computers and get them to engage in physical activities.”