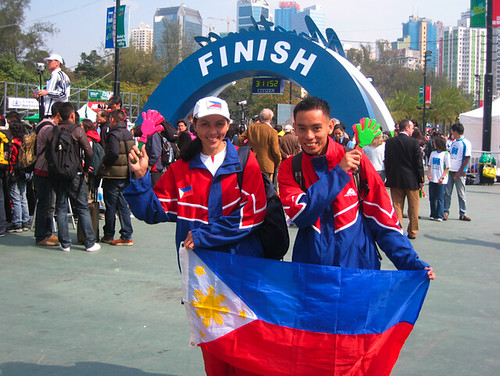 They are the two fastest long-distance runners in Cebu. One is 23 years old, single, and a graduating student at the University of Southern Philippines Foundation (USPF). His name is Mendel Lopez. The other is 33, married with three children and was once RP’s no.1 in the sport of arm-wrestling! Her name: Leszl Gitaruelas.

Mendel flew to Hong Kong last Friday together with Leszl and they both competed in the Standard Chartered Hong Kong Marathon. No, not the full 42-K race, but at distances that they were best at: Mendel with the 10-K and Leszl, the Half-Marathon (21-K).

The result? Excellent. In an event which drew about 20,000 or so runners in the 10-K competition, Mendel Lopez was 6th overall. Imagine being no.6 among 20,000? In his category, he placed 4th. Leszl, with thousands also competing for the women’s 21-K, finished 11th overall and, in her Senior Category, placed 5th.

A 4th and 5th place in a major, international run like Hong Kong is something to be proud of. As of this writing (Tuesday), both are still enjoying a short vacation in HK and will be arriving tomorrow.

Congratulations, Mendel and Leszl! You make Cebu and the Philippines proud! 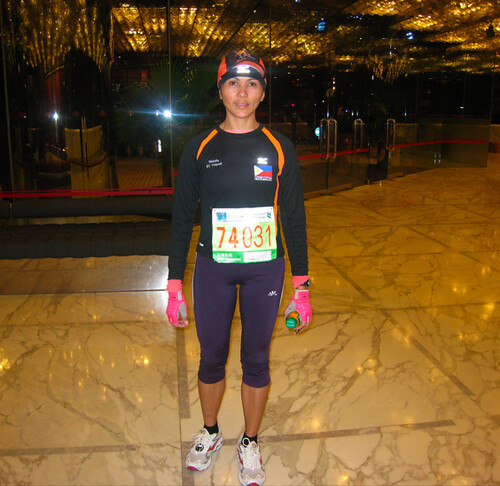 Leszl at the Kowloon Hotel lobby at around 6:15 a.m., minutes before her 21-K race 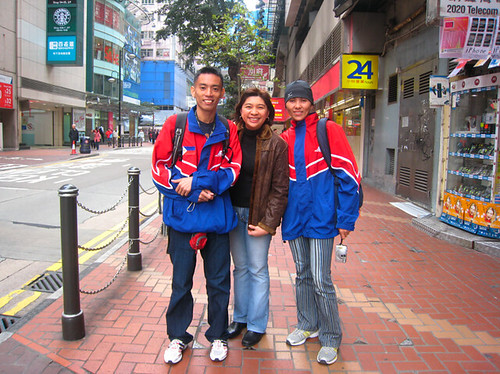 In Causeway Bay with my wife Jasmin 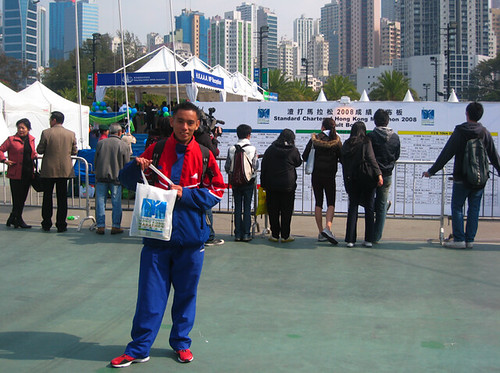 Mendel with the Race Pack 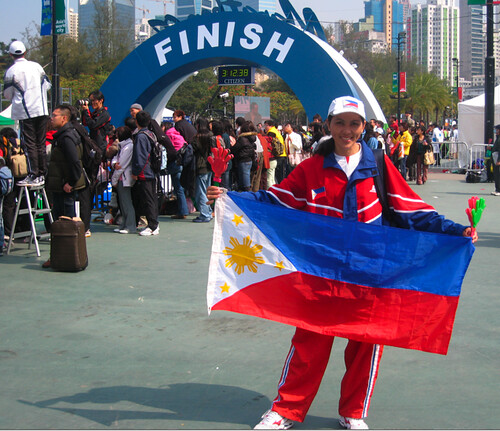