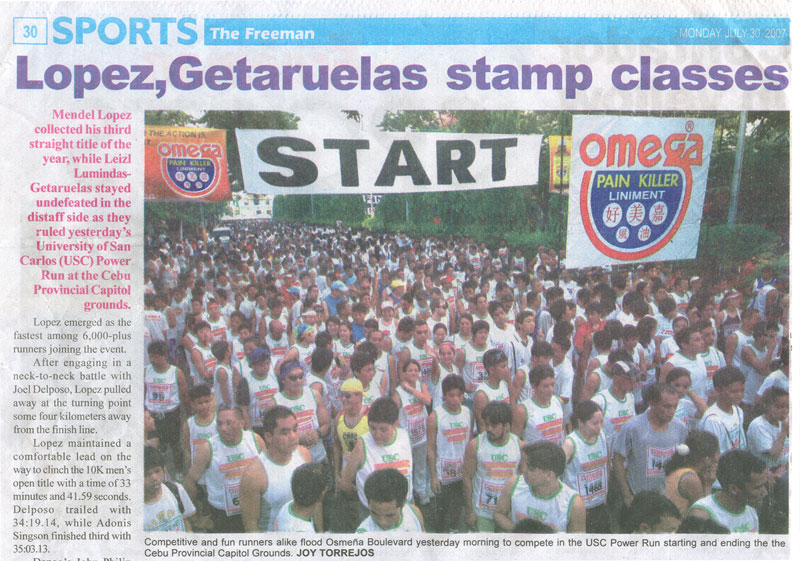 Her name is Leszl Gitaruelas. She’s 33, married with three children, the eldest aged 15. But she’s not your typical stay-at-home mom. She’s an ultra-athlete. By “ultra,” I mean elite. Unlike you and me and 99.8 percent of the populace, she has a physiological makeup that only God can bestow. In two words, she’s this: A CHAMPION.

Back in 1992—when she was only 18—her sport was arm-wrestling. Yes, no typing mistake there: arm-wrestling. And she didn’t just arm-wrestle boys in school, she grappled them to the ground. At 18, when most girls her age first closed their eyes for that first kiss, Leszl did something else: She was the Philippine Arm-Wrestling Champion. No kidding. At 18! And, when Leszl joined the World Arm-Wrestling Championships in Japan, she placed fourth place.

But this is not where the story ends. Because after Leszl’s success to “bear arms” with other women, she turned to another sport: Body-building. And so from 1996 to 1998, Leszl was the 1st Runner-up in the Ms. Philippines Body-Building Championships. 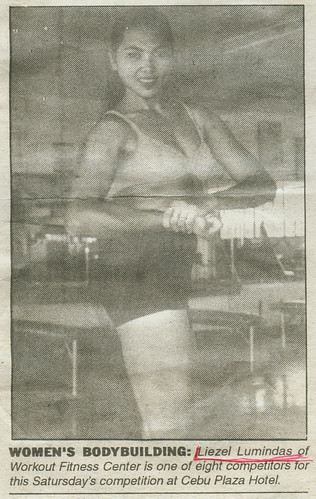 Amazed? That’s only half the story.

At the same time when she posed in bikini and flexed her muscles for the judges to see, she also flexed another set of muscles: her legs.

MENDEL. Next, I feature the “King of the Road” in this Queen City of the South. His name is Mendel Lopez and, like Leszl, he lords over the world of middle-distance running in Cebu. 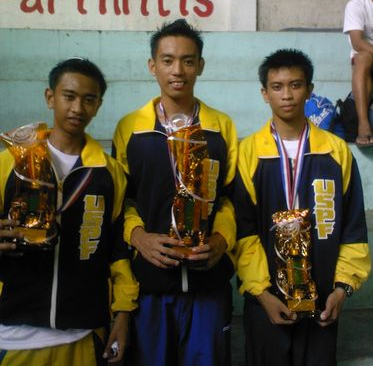 Mendel’s achievements? When he sent me an e-mail the other day, it was over one-page-long. Summarized, he was undefeated in Cebu from June to December last year, in races that included the Milo Marathon 21-K, the Adidas King of the Road, the USC Power Run… and more. Best of all, Mendel Lopez—who is graduating from Geodetic Engineering and is one of the prized-possessions at the University of Southern Philippines Foundation (USPF)—Mendel has yet to peak. He’s only 23.

Why these stories on Leszl and Mendel? 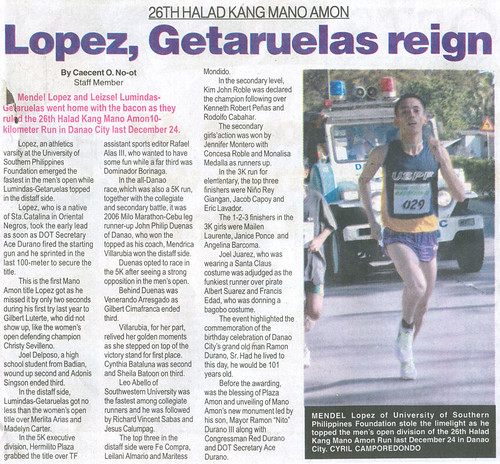 Because this Feb. 17, the two will fly overseas to participate in one of the biggest events they’ll ever join in their careers: the Standard Chartered Hong Kong Marathon. The largest running event in Asia—with over 40,000 enlisted—Hong Kong promises to be an unforgettable experience for Leszl and Mendel. 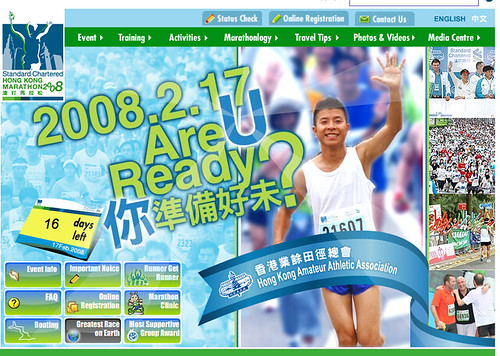 I need your assistance to help them. Mendel has asked USPF to assist in defraying his expenses while Leszl, who works as an aerobics instructress at Fitness First, has asked the gym for help. And so far, the Cebu Executive Runners Club (CERC) has pledged to pay for their registration fees while my dear friend from Georgia, U.S.A., Bebot Pacaña, has donated $100. They need more help.

So imagine, my dear readers, if Leszl and Mendel win? “CEBUANOS WIN IN HK!” That’s a very possible headline story. Imagine how big this is for RP sports? For Cebu? 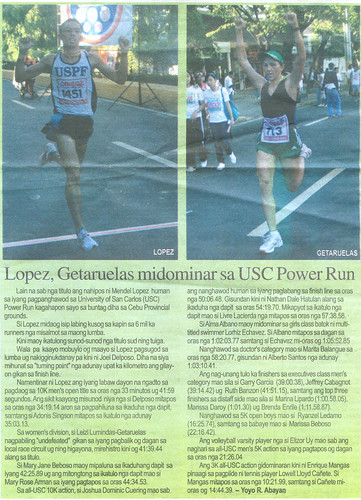 For who said Cebuanos can’t conquer Hong Kong? With your help, we can!