Ten years ago last December 27, Jasmin and I exchanged vows at the Cebu Metropolitan Cathedral then boarded a flight 48 hours after to stay for five nights in this city labeled as one of Asia’s most enthralling. 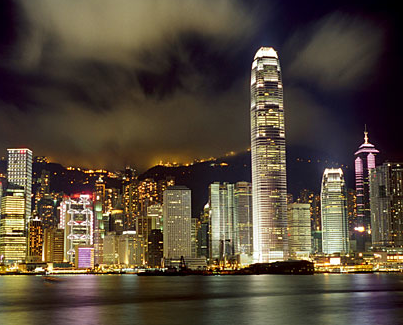 In Hong Kong, we rode a mini-train to the top of Victoria Peak. We dined on Peking Duck, strolled along Nathan Road, boarded the Star Ferry and, by nightfall, sat mesmerized at the display of lights across the harbor. We squeezed inside the MRT, disembarked in the shopping district of Mongkok and stood dazed at the dizzying walking pace of our Chinese neighbors. We took a train to watch horse-racing at the far-flung Sha Tin Race Track and even entered the Hong Kong Convention Center and nearly saw, in person, Jackie Chan! 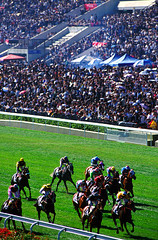 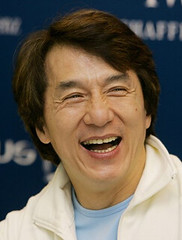 That was 10 years ago. This week—after over a half-dozen times back there since—Jasmin and I will have our “second honeymoon” in Hong Kong, this tiny region of seven million people (but whose Per Capita Income is a whopping $41,614 versus our $5,365). Yes, we’ll rekindle that ‘97 trip, we’ll stride along Nathan Road, window-shop, watch the lights show at 8 p.m. and gobble up the same duck first-named Peking.

But this trip will be unlike any other. Because instead of taking the MRT, train, Star Ferry, and double-decker buses to tour Hong Kong—in this trip, I’ll be on foot.

In this journey, I’ll embark to accomplish a feat that I’ve day-dreamed about, night-dreamed about, that I’ve studied five books and 24 magazines on, that I’ve trained for in the past five months: The Standard Chartered Hong Kong Marathon 2008. 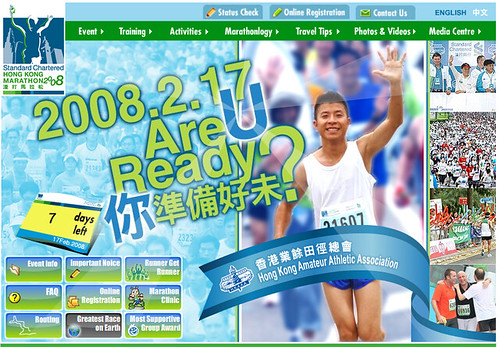 The marathon? Forty two kms. in distance? Why?

I believe this 42.195 km. run is unique. It’s history can be traced back to the Greeks a long, long time ago in the so-called Battle of Marathon. And in the 1896 Olympics in Athens, one of the events was the marathon. It’s an absolutely crazy distance to think of runrning—think of the distance from the Capitol to Carcar—and that’s precisely the appeal.

Why Hong Kong? Because it’s one of the biggest running events in Asia. Over 40,000 men and women in rubber shoes will join three events: the 10-K, the Half-Marathon (21-K), and the full Marathon. In the 42-K, over 8,000 are expected to trample on the streets of Hong Kong. 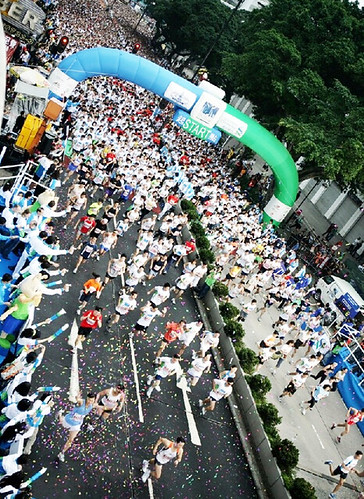 We start in Kowloon along Nathan Road, dive into the Cheung Tsing Tunnel, emerge and climb a mountain, head to the famed Tsing Ma Bridge (the world’s sixth largest suspension bridge), traverse through asphalted roads and tunnels before emerging in the Hong Kong business district area to hustle along some of the tallest buildings in Asia before we see the “Finish Line” at the Victoria Park. 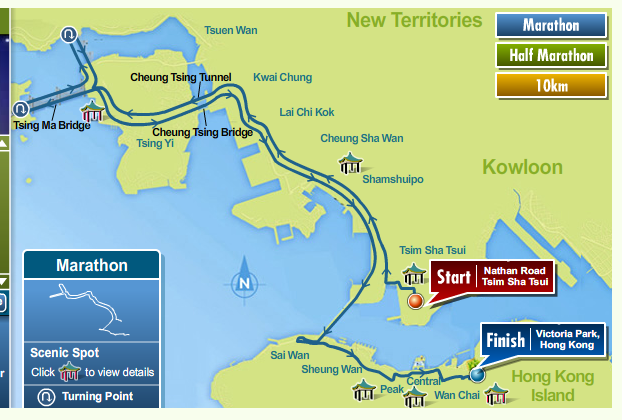 One important note on Hong Kong: It’s cold. Compared to our 30 degrees Celsius here, there it’s from 12 to 15 degrees. And so our group of 13 from Cebu who are joining—four doctors: Albert Santos, Vic Verallo, Yong Larrazabal, Peter Mancao; Meyrick and Perl Jacalan, Jesse Taborada, Ted Tecson, Serge Amora, Tony del Prado, myself and, our two top stars: Leszl Gitaruelas and Mendel Lopez (will write more on the Cebu delegation in the succeeding articles)—we’ve all bought throwaway jackets and gloves to discard midway through the run when it gets warmer.

My goal? Just to finish. Because unless you’re Lance Armstrong—who ran his first at the 2006 NYC Marathon in less than three hours—a first-timer’s goal is to arrive at the finish still breathing and with two legs still attached to the upper body.

And so, I’m excited. Just as I was in December of ‘97. And my guess is that after completing 42 kms. in this “Honeymoon in Hong Kong Part 2,” when I head home to Cebu I’ll be—just like that first, “original” honeymoon—all-smiles, loaded with satisfaction and, yes, really, really tired. 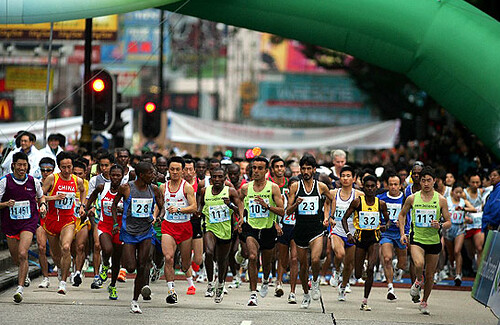